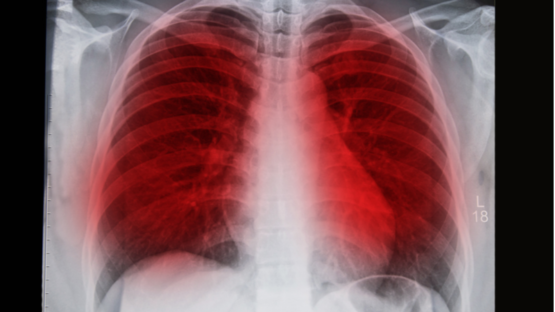 Researchers have succeeded in beating a type of cancer previously considered incurable by using microcapsules that contained live cytokine-producing cells [1].

IL-2 is potent but toxic

Interleukin-2 (IL-2) therapy was the first anti-cancer immunotherapy approved decades ago. It is based on the ability of this inflammatory cytokine to ramp up the body’s immune response to cancer, mostly by increasing the proliferation of cytotoxic T cells [2].

However, systemic administration of IL-2 causes severe toxicity issues: for instance, it can trigger the dangerous overproduction of cytokines known as the cytokine storm, which can also be caused by viruses such as COVID-19. IL-2 also has a very short half-life, so it requires continuous intravenous administration in large doses.

Dozens of research group and biotech companies have been devising ingenious ways to overcome the limitations of IL-2 therapy. Notably, the start-up Neoleukin has introduced an engineered version of IL-2, “the world’s first computationally designed de novo protein therapeutic.” Yet, as of now, none of those attempts has resulted in a clinically approved therapy.

In this new study, the researchers used an intriguing new approach that involves injectable “cytokine factories”: tiny balls of gel that encapsulate retinal pigmented epithelial cells (RPEs). The cells were genetically modified using the PiggyBac transposone system to produce lots of IL-2. After the injection, the cells remain viable in the body for a long time, churning out the cytokine. Since this is happening in the vicinity of the tumor, toxicity issues are controlled, at least in theory.

The same group of researchers, publishing in Science in March this year, demonstrated the effectiveness of this approach against mouse models of ovarian and colorectal cancer [3]. This time, they employed their “cytokine factories” against mesothelioma, a rare but extremely aggressive and deadly cancer that affects the lungs, abdomen, or heart and is usually caused by asbestos exposure. Mesothelioma is considered incurable, except in very rare cases; the best available therapies, such as a PD-1 immune checkpoint blockade, usually give patients a mere few additional months of life.

However, the “cytokine factories” proved extremely effective in a mouse model of mesothelioma, with all mice in the high-dose group showing at least a 90% reduction in tumor burden after one week of treatment. Even at the lowest dose, most mice experienced at least a 45% decrease in tumor burden. Analysis of immune cell population showed that the treatment indeed induced its effect by increasing the proliferation of cytotoxic (CD8+) T cells.

Even better in combination

The results were even more impressive when the IL-2 therapy was combined with a PD-1 checkpoint blockade. In all seven mice that received the combination, tumors were eradicated after one week of treatment and did not recur, at least until the end of the study.

A subset of those animal participated in a rechallenge experiment. Two months after they had healed, those mice were again injected with mesothelioma cells. All previously treated mice did not develop new tumors, showing that the treatment induces “immunological memory”.

Obviously, toxicity was a major concern, but it proved unfounded: the “cytokine factories” were well tolerated by the immune system and did not induce a significant immune response. The concentration of IL-2 at the tumor loci was more than 100 times higher than the systemic concentration, which was close to normal values. Intravenous administration of IL-2 usually takes a toll on several organs, including the kidneys, liver and lungs, but histologic analysis in this study did not reveal any pathologies.

Among dozens of attempts to harness the true anti-cancer potential of IL-2, this one stands out because of its unusual mode of delivery that seems to check all the boxes. The treatment showed stunning effectiveness against one of the most aggressive types of cancer that is still considered incurable in humans, and it did not cause any of the major toxicity issues that IL-2 is known for. The researchers are sure that their discovery has a great translation potential and plan to initiate a Phase 1 human clinical trial in the following months.