This collaborative event featured luminaries from across the longevity spectrum. 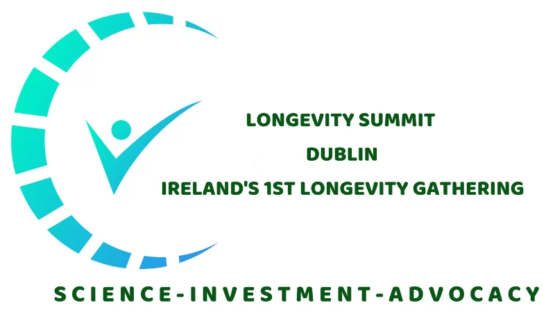 It was all about collaboration: maybe not a lot of shiny new discoveries and unpublished data, but Longevity Summit Dublin 2022 brought together researchers, investors, and advocates to forge a common vision. More attention is being brought to the last category, as evidenced by our own executive director, Stephanie Dainow, receiving the Rising Star 2022 award at the conference.

Stephanie gave an inspiring talk where she explained how the unique ecosystem of Lifespan.io works to connect various players in the field and promote the common goal of extending healthy human lifespan. Hurdles such as common biases and misconceptions about longevity, and the difficulty of translating complex scientific ideas into messages that the general public can understand, were mentioned by many speakers. Overcoming those hurdles is exactly where Lifespan.io shines.

The rise of DeSci

Lifespan.io is also one of the pioneers in the rising field of decentralized science (DeSci), as we partner with DeSci organizations such as VitaDAO to accelerate the development of new longevity therapies. DeSci in its various forms can “fill in” for biotech and Big Pharma where their incentives are sub-optimal, such as in repurposing existing unpatentable drugs. You can read more about how DeSci works in our interview with Savva Kerdemelidis, founder of Crowd Funded Cures. In Dublin, Sebastian Brunemeier, head of Healthspan Capital and a serial longevity investor, hailed DeSci as a currently modest alternative to Big Pharma, which “has fallen asleep at the wheel”.

Brunemeier also said in his talk that biotech companies have been quite successful in recent years, and their rate of success in developing new therapies has tripled or even quadrupled. Biotech, he added, is not just a direct competitor to Big Pharma. Rather, the two have been helping each other, with biotech startups bolstering the inefficient R&D lines of Big Pharma and using its enormous resources.

Brunemeier also divulged some secrets of the trade, such as how a biotech holding company can create central services for its entire portfolio to make its operations more streamlined and effective. Such services can include laboratories, logistics, regulation, and public relations. Rather than creating all those services from scratch, companies that are part of a greater structure can use them on demand for a fraction of the price.

Lou Hawthorne, founder and CEO of NaNotics, explained that the company’s vision originated in what Lou referred to as “the parabiosis psychosis”, the fascination with blood exchange between old and young animals (heterochronic parabiosis), which originated from seminal research by Irina and Michael Conboy.

Heterochronic parabiosis, as well as plasma replacement or dilution, exert their anti-aging effects by removing harmful molecules that accumulate in circulation in aging organisms. NaNotics is trying to improve upon this approach by using NaNots: nano-sized balls that act like sponges, scooping up specific pathogenic molecules in the blood. They are so effective that they can lower the levels of a targeted molecule in circulation by 95% in just five minutes.

In January of this year, NaNotics announced collaboration with Mayo Clinic on using NaNots to target the soluble form of PD-L1, the molecule that cancer cells use to dampen anti-tumor immune response. According to preliminary data reported by Lou in his talk, NaNots outperform traditional PD-L1 inhibitors.

Matthew Scholz from Oisin Biotechnologies reported on his company’s progress with proteo-lipid vehicles, a delivery method that borrows a lot from liquid nanoparticles (LNPs), which are most known for being employed in the Moderna and Pfizer COVID vaccines. Proteo-lipid vehicles, which, as their name suggests, integrate proteins alongside lipids, are a step forward in terms of stability and payload capacity. This enables PLVs to carry large sets of DNA-based instructions that can, for instance, induce apoptosis in a subset of cells such as senescent cells.

Scientific talks at the conference were abundant and fascinating. Michael West, a geroscience veteran who received a lifetime achievement award at the conference, talked about the role of telomeres in aging. According to West, somatic cells turn off the production of telomerase reverse transcriptase (TERT), the enzyme that keeps telomeres nice and long. This is probably to prevent unrestricted division which can lead to cancer; cancer cells turn TERT back on.

According to this theory, our cells essentially give up extreme longevity in exchange for cancer prevention. Induced pluripotent stem cells (iPSCs), which are produced from somatic cells, also express TERT, which could be a key to creating effective anti-aging therapies.

Emma Teeling’s talk stole the audience’s attention, because what can be more exciting than bats? When adjusted for body size, which is strongly correlated with longevity, bats are incredibly long-lived: even some of the tiniest, hummingbird-sized bats can live up to 40 years. This is much longer than the meager 3-year lifespan of a lab mouse, our current animal model of choice in longevity research.

It is even more astonishing considering that flight is extremely metabolically demanding. Bats produce a lot of reactive oxygen species, but they seem to be very good at mitigating oxidative stress. Living in giant tightly packed colonies, they have also developed a unique immunity to most viruses.

According to Teeling, bat telomeres do not shorten with age – not as a result of telomerase activity, however, but due to an alternative mechanism of telomere elongation. Bats also do not experience age-related changes in the microbiome, unlike humans. While in humans, autophagy, the process of removing cellular junk, is downregulated with age, in bats, it’s upregulated.

Hence, it is extremely important to learn the secrets of bats’ genetic code, which is what BAT1K, the global consortium for sequencing genomes of all the bat species, has been doing. Teeling’s group also does the much-needed longitudinal research in bats, taking blood and tissue samples year after year from the same bats living in a colony in France.

In the closing talk of the conference, delivered by Zoom, the famous geroscientist George Church gave an update on his group’s ongoing research into genome-wide engineering, modifying genomes on a much wider scale than previously thought possible, with dozens of simultaneous changes that can enhance cells and organs, confer radiation resistance, etc. Church highlighted a paper that he co-authored that was published in Nature the same day the talk took place. This paper, “Towards next-generation cell factories by rational genome-scale engineering”, reviews the budding technology of building genetically engineered “cell factories” that can efficiently and sustainably produce a wide range of biomolecules.

Even though longevity research is yet to give us a single approved anti-aging treatment, the emerging class of longevity physicians was well represented at the conference. The speakers explained why longevity medicine is a thing, and how it can, in turn, help geroscience (for instance, by gathering large amounts of longitudinal aging data from actual patients).

Evelyne Yehudit Bischof talked about the AI-driven revolution that is enabling the rise of longevity medicine. According to her, aging is so complex a phenomenon that without AI-powered data mining and analysis, longevity medicine and research cannot exist. For the same reason, longevity medicine has to be personalized, identifying and mitigating risks for specific patients.

Andrea Meier, president of the Longevity Medicine Society (Bischof is its vice-president) stressed the importance of recruiting physicians into longevity medicine and explained why this field is unlike other medical fields. According to Meier, longevity medicine requires stepping away from the dichotomy of “illness or heath” and towards targeting aging processes across the lifespan.

This angle, often overlooked at longevity conferences, was discussed at length in Dublin. Mehmood Khan, the CEO of the newly formed Hevolution foundation, showcased how a public talk should be done, captivating the audience with his drive and charisma. The emergence of Hevolution with big Saudi money behind it made quite a furor in the longevity field a few months ago.

To quote Khan, “if the field is focused on individuals and personalities, it dies.” He stressed that the longevity field should be about the mission and moved forward by leaders rather than stars. The obvious question, he continued, was “how do we convince people who are not in this room?” The science is currently far ahead of the policy network, and advocacy groups need to bridge this gap.

Khan also touched on Hevolution’s vision of how collaborative the longevity field should be. One serious problem is that studies are seldom reproduced, because “the funding mechanism inhibits reproduction and reevaluation”, and this presents an opportunity for charities to step in. Science must be as open-source as possible, so that academics and businesses only compete on the efficacy of their implementation of commonly shared knowledge. Hevolution’s goal is “accessible longevity”, Khan concluded.

Two veteran advocates, Bernard Siegel and Patricia Nicklin, announced at the conference that they are joining the cause. Nicklin, founder and CEO of Nicklin Social Impact Consulting, has led several high-profile successful campaigns such as the famous No Kid Hungry campaign. Siegel’s Regenerative Medicine Foundation has existed since 2003 and has contributed enormously to making stem cell research mainstream. Siegel has become executive director of the newly formed Healthspan Action Coalition, which unites several prominent non-profits, such as Methuselah Foundation and the Alliance for Longevity Initiatives, which were also represented at the conference.

Last but not least, Aubrey de Grey, one of the founders of the longevity field and a co-organizer of the conference, announced the creation of a new foundation under his leadership, which will be supporting several research projects and organizations in fields such as cellular senescence, parabiosis, and cryonics. It will also be involved in society-oriented initiatives, including Afrolongevity, which strives to “bring the longevity crusade to the African continent” (Africa has the shortest life expectancy in the world), and Actual Food, which is “building technologies to facilitate healthy eating”.

De Grey said that “the single biggest goal” of the new foundation will be robust mouse rejuvenation (RMR), a several-fold expansion of mouse lifespan with a treatment or a combination of treatments that would begin in middle age. De Grey concluded by promising “a lot more news”, and we will keep you updated.