Most of this drug's effects are only in males. 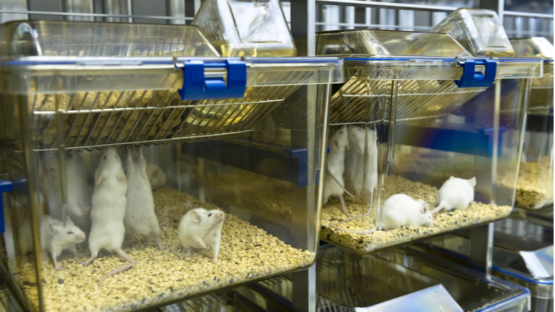 Scientists have found that canagliflozin, an anti-diabetes drug that is known to extend lifespan in mice, alleviates an array of age-related pathologies, albeit in males only [1].

Canagliflozin, a widely used anti-diabetes drug, belongs to the class of sodium glucose cotransporter 2 (SGLT2) inhibitors, which regulate glucose reabsorption by the kidneys. Recently, it joined two other anti-diabetes medications, metformin and acarbose, on the list of potential geroprotectors. While metformin unexpectedly failed to increase lifespan in mice in the ITP (Intervention Testing Program), both acarbose and canagliflozin showed a remarkable, albeit sex-specific, effect, prolonging life solely in male mice. Specifically, canagliflozin extended the animals’ median lifespan by 14% and maximal lifespan by 9% [2].

Is it just cancer reduction?

While the ITP is extremely robust and is considered the current gold standard in anti-aging drug testing, it also has its limitations. About 80% of the genetically heterogenous mice used by the ITP die from neoplasms – abnormal growth of tissue, which usually means cancer. Hence, in order to significantly extend lifespan in these mice, it would be enough for any drug to decrease the risk of cancer.

Human lifespan, on the other hand, is limited by many other diseases, such as cardiovascular problems. Any “true” anti-aging drug for humans must mitigate numerous risks at once by affecting some of the underlying pathways of aging. This, for example, is the case for rapamycin, which has been found to alleviate many age-related pathologies [3].

In this new study, the researchers investigated whether canagliflozin has health benefits in mice beyond lowering the risk of cancer. 228 male mice were treated with canagliflozin from 7 to 22 months of age, which roughly equals 20 to 70 human years. Mice’s tissues were then examined for a wide variety of age-related lesions. The mice were of the same kind the ITP uses (UM-HET3) and treated in the three ITP centers according to the program’s stringent standards, while the tissues were examined by researchers in the University of Washington.

Wide range of effects, but mostly in males

The scientists found that in male mice, the prevalence and/or severity of six types of lesions was significantly decreased by the treatment. This includes topical tumors on the adrenal glands (adrenal cortical neoplasms); stiffening of arteries (arteriosclerosis); the heart dysfunction known as cardiomyopathy; glomerulonephropathy, a kidney pathology; hepatic microvesicular lipidosis, a fatty liver disease; and pancreatic atrophy. It is worth noting that adrenal neoplasms are not among the cancers that have a big contribution to mortality in mice – that would be blood, liver, and lung cancers.

The only statistically significant effect produced by canagliflozin in female mice was a decrease in pancreatic atrophy. However, this effect was even stronger than in males, which is in line with the sex-specific effect that canagliflozin has on lifespan. Female UM-HET3 mice also consistently outlive males in general [4].

The reasons for lifespan extension by most anti-aging drugs being sex-dependent remain a mystery, although you can find some clues in our interview with Richard Miller, a founder of the ITP and a co-author of this new study.

The link between glucose spikes and aging

Both canagliflozin and acarbose work mostly by smoothing out post-meal glucose spikes, although via completely different pathways. Canagliflozin’s mode of action can explain its robust effect on kidney function. Pancreatic atrophy and cardiovascular dysfunction are often seen in diabetic patients as well. This highlights the importance of keeping glucose levels under control for healthy longevity and warrants more research into the connection between glucose spikes and age-related pathologies.

Interestingly, despite its different mode of action, rapamycin has been shown to alleviate some of the same pathologies in mice, including hepatic lipidosis and adrenal neoplasms. However, rapamycin extends lifespan in both males in females.

This histopathological analysis was taken to test the idea that Cana-treated mice might have delays in age-related pathology in multiple lesions, including lesions that seldom if ever prove fatal, and to see to what extent such effects might be sex-specific. The results seem clear: Cana does indeed delay age-related changes in the heart, kidney, liver, exocrine pancreas, and adrenals, and this protective effect is seen in males only, with the exception that protection against pancreatic atrophy is apparent in both sexes. Since most UM-HET3 mice die of some form of neoplastic disease, the lifespan extension produced by Cana presumably reflects postponement of multiple kinds of cancer, whether by alteration of host defenses, oncogenic processes, or both. But the current data establish that Cana, like rapamycin, calorie restriction diets, and hypopituitary mutations, can be considered as an anti-aging intervention, in that it delays many forms of lethal and non-lethal age-dependent decline.

Using histopathological analysis, this robust study provides a strong indication that canagliflozin, an anti-diabetes drug already in clinical use, extends lifespan in male mice by alleviating a broad range of age-related pathologies rather than by simply reducing the risk of cancer. This is likely to boost the already strong interest of longevity community in SGLT2 inhibitors. The study also confirms the sex-specific nature of canagliflozin’s effects, unfortunately without providing new insights on why this is the case.