This effect has a lasting effect of at least one month. 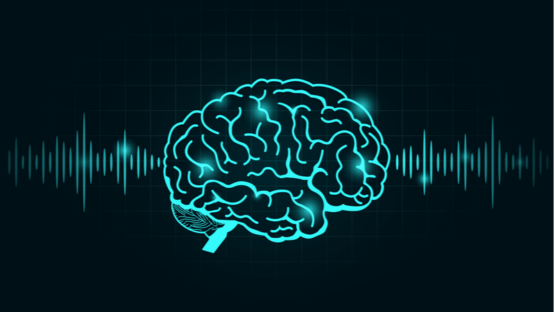 As people age, their cognitive abilities get worse. This includes memory decline, which might dramatically impact quality of life. Although age-associated memory decline varies from person to person, in some people, it might lead to being unable to perform well at work or deal with daily tasks. As accelerated memory decline might also be indicative of dementia, it is critical to develop technologies for memory enhancement in the elderly.

Neurons are electrically active cells. The electrical currents generated by multiple neurons can be measured by electrodes placed on the scalp using a non-invasive technique called electroencephalography (EEG). EEGs have long been used to assess mental states and diagnose various conditions such as epilepsy.

High-definition transcranial alternating current stimulation (HD-tACS) is the inverse of EEG: instead of recording, the brain activity is stimulated at a specific frequency using electrodes placed on the scalp.

Previous research has shown that working memory and long-term memory are stored differently, with distinct anatomical regions of the brain involved. It was also suggested that by modulating brain activity in specific locations at specific frequencies, it would be possible to selectively improve either working or long-term memory.

In this study, the researchers explored if HD-tACS modulation of low-frequency (theta rhythm) in the inferior parietal lobule and high frequency (gamma rhythm) in the dorsolateral prefrontal cortex could enhance working and long-term memory functions, respectively, in adults over 65 years of age.

The study consisted of three experiments. The first two were randomized, double-blind studies consisting of three groups. The third experiment was conducted to test the reproducibility of the findings from the first two.

The participants underwent neurostimulation using a BrainCap for 20 minutes every day over a four-day period. They were then asked to recall as many words as they could remember within two minutes from the 100 words that had been read to them previously. The task was repeated on each day of the experiment and a month later.

The results showed improved working and long-term memory only in the first experiment, suggesting that it’s crucial to stimulate specific regions of the brain at specific frequencies to enhance specific memory types.

In the third experiment, the neuromodulation was done for three consecutive days in an independent cohort of participants, and only experimental groups were included. Unlike the first two experiments, there was no long-term follow-up, but the overall results replicated the primary findings.

Not all the participants responded the same to the neuromodulation. During the first experiment, 85% of group 1 and 90% of group 2 showed memory improvement over the four days of neurostimulation. Moreover, how well a person’s memory improved in response to the neurostimulation predicted that person’s future memory enhancement one month after treatment. Therefore, personalization of the neuromodulation protocol is required to achieve the best results in each individual.

The development of technologies to protect or enhance memory in older people is an enduring goal of translational medicine. Here we describe repetitive (4-day) transcranial alternating current stimulation (tACS) protocols for the selective, sustainable enhancement of auditory–verbal working memory and long-term memory in 65–88-year-old people. Modulation of synchronous low-frequency, but not high-frequency, activity in parietal cortex preferentially improved working memory on day 3 and day 4 and 1 month after intervention, whereas modulation of synchronous high-frequency, but not low-frequency, activity in prefrontal cortex preferentially improved long-term memory on days 2–4 and 1 month after intervention. The rate of memory improvements over 4 days predicted the size of memory benefits 1 month later. Individuals with lower baseline cognitive function experienced larger, more enduring memory improvements. Our findings demonstrate that the plasticity of the aging brain can be selectively and sustainably exploited using repetitive and highly focalized neuromodulation grounded in spatiospectral parameters of memory-specific cortical circuitry.

This study presents very promising results of non-invasive neurostimulation to improve both working and long-term memory in older adults. While showing the importance of using specific frequencies to improve different memory functions in different brain regions, it also demonstrates individual differences in response to neurostimulation. It is unclear if the positive effects achieved in this study would last longer than one month. Hopefully, future studies will clarify how long-lasting the effect of such neurostimulation is and how to develop personalized protocols for people to get the most out of this treatment.