The restored cells regain many, but not all, of their youthful abilities. 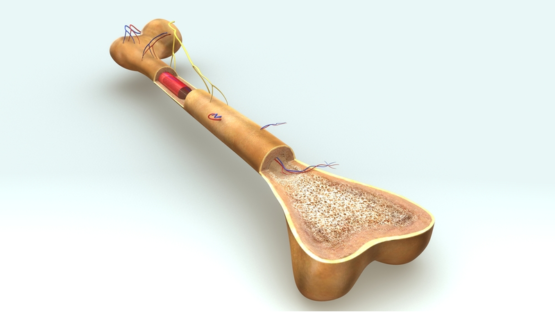 Placing young and old together

To begin their experiment, the researchers placed equal amounts of young and old cells in a transwell system, in which a membrane allowed the passage of microvessels but not whole cells. This allowed them to directly observe the effects of this communication, observing both the hematopoietic activity of these cells and their gene expression.

The results were substantial. While the cells exposed to these vesicles (referred to in the study as restored aged cells) did not exhibit the same robustness as genuinely young cells, their fundamental abilities were significantly improved.

The researchers also examined the cells’ gene expressions. Similarly to the CFU-GM measurements, the restored cells’ gene expressions were not entirely like those of young cells, but they were substantially different from those of untreated old cells. Genes related to cellular activation; apoptosis and survival; the formation of reactive oxygen species; and T-helper cell differentiation and movement were the most strongly affected.

The impact of youth

Cellular senescence was greatly affected by this intervention. The senescence gene expression profile of the aged cells was 85% over that of young cells, but restored cells had only a 43% increase. The protein p53, a key part of senescence, was significantly downregulated in the restored cells. The researchers also note that IGF-1, which is associated with longevity [1], was upregulated, while fibronectin, which is associated with the pathological condition myelofibrosis [2], was downregulated.

Other experiments confirmed that it was these cells’ youth that was responsible for the effects. In order to rule out the idea that allogeneicity (donor/host differences) was the cause, the researchers placed restored aged cells and ordinary aged cells from the same organism together. This caused the same baseline stimulation: restored aged cells were able to promote restoration in other aged cells.

In order to test their hypothesis more thoroughly, the researchers created humanized chimeric mice with each category of these cells. Here, they discovered an unexpected snag: While samples from mice given restored and young cells were able to form chimeric colonies in other mice, the samples from mice given aged human cells were unable to accomplish this at all, making some of the proposed testing impossible.

However, the data they did get was in line with the cellular results. Restored aged cells performed similarly in vivo to how they had in vitro, promoting the formation of blood cells and reducing senescence markers as compared to mice given aged cells, and mice given restored cells were also shown to have improved natural killer (NK) activity.

Microvesicles contain RNA, and the researchers identified the specific miRNA 619 as a potential cause. The cells of humanized mice injected with miR-619 were shown to have cellular profiles more like those of younger animals. Another pair of miRNAs, miR-combo, was shown to have more beneficial effects on some molecular markers but fewer on others.

The researchers conclude their very detailed study by suggesting that their microvesicle and miRNA approach might be applicable in fighting infections and in restoring hematopoietic capacity. Further research is needed to determine if this is the case and to determine what precise microvesicles and miRNA are appropriate for human trials.

If it turns out that there is a way to restore the function of HSCs in human beings with a microvesicle-based therapeutic, the ramifications may go beyond these particular applications. If other stem cell types, such as those responsible for neurons and muscle tissue, are also found to be responsive to microvesicles, it may be possible to use this approach to treat them as well.