Scientists Induce a New Mode of Aging in Yeast 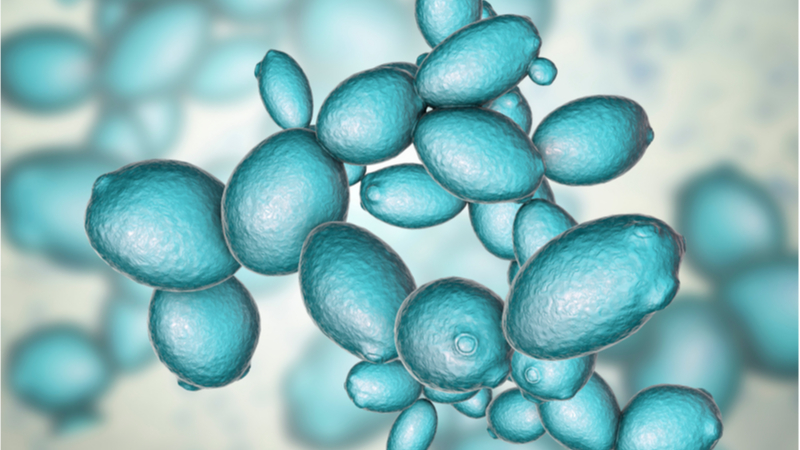 A group of researchers has shown that yeast cells have two different and mutually exclusive modes of aging that seem to be interlinked. The scientists were also able to artificially induce a third mode of aging that prolongs both healthspan and lifespan.

Yeast is a popular object of genomic research due to its short reproductive cycle, its ability to reproduce in both asexual and sexual ways, and the fact that you can determine the lifespan of an individual yeast cell. Yeast mostly reproduce by asexual budding that is different from the binary division of bacteria, which produces two new, indistinguishable cells. During budding, the mother cell develops a small bulge that goes on to become a daughter cell, which makes determining the original cell’s lifespan possible. Yeast cells are also divided into two sexes (a-cells and alpha-cells) that can engage in meiotic reproduction, a process that, like in animals and plants, creates young cells.

Researchers from the University of California in San Diego made the stunning discovery that yeast cells age in one of the two distinct, mutually exclusive ways [1]. Both modes of aging are driven by organellar decline: Mode 1 is caused  by the deterioration of the nucleolus, and Mode 2 is through mitochondrial dysfunction. Cells seem to choose their mode of aging early in life, with 47% choosing Mode 1. Mode 1 provides a slightly better lifespan, which the researchers measured to be the number of reproductive cycles until death.

As Mode 1 cells age, their nucleoli become enlarged and subsequently dysfunctional due to ribosomal DNA deregulation. Ribosomal DNA (rDNA) are sequences in the genome that code for ribosomal RNA, one of the major building blocks of ribosomes. Ribosome formation is extremely resource-hungry and thus needs to be tightly regulated by silencing rDNA transcription [2]. Loss of rDNA silencing, the underlying cause of Mode 1 aging, is the result of chromatin instability at rDNA sites. Hence, the two modes of yeast aging are caused by two of the known hallmarks of human aging: genomic instability and mitochondrial dysfunction.

The researchers then set out to determine what happens if they add or subtract key components of the two modes of aging, targeting Sir2 for Mode 1 and HAP (heme activator protein) for Mode 2. Sir2, a protein of the sirtuin family that is known to extend lifespan by restoring chromatin stability [3], is a major rDNA-silencing factor. Heme is a key factor for mitochondrial decay during human aging [4].

When Sir2 levels were significantly lowered via the deletion of the SIR2 gene, 83% of cells chose Mode 1 aging and ended their lives in perfect mitochondrial health and with elevated HAP levels. These genetically modified cells chose their mode of aging much earlier in life and lived for a shorter duration than normal, non-modified Mode 1 cells. The other way to induce Mode 1 aging was by elevating HAP levels. When HAP production was genetically upregulated, 96% of the cells chose Mode 1 aging. Caloric restriction, which is known to induce HAP production [5], also increased the proportion of Mode 1 cells.

The researchers hypothesize that the two beneficial compounds – Sir2 and HAP – counteract each other’s effects through mutual inhibition, probably through transcriptional regulation, as transcription of many HAP components is enhanced in cells with SIR2 knocked out and HAP is known to decrease the transcription of some Sir2 cofactors.

Yet, when Sir2 was significantly overexpressed (two times the normal level), it did not just encourage cells to choose Mode 2 aging, it also created a new, third mode of aging: a minority of cells retained both high Sir2 levels and high HAP levels, and they lived much longer than Mode 1 and Mode 2 cells. Unfortunately, in this scenario, more cells chose the short-lived Mode 2, rendering the overall lifespan gains in the population negligible. While in both natural modes of aging, reproductive cycles become longer with age, indicating aging cells’ struggle to reproduce, this did not happen to the cells that chose Mode 3. Their reproductive cycle length remained on par with young cells. While it did not extend lifespan indefinitely, Mode 3 brought about a breakthrough in longevity: a simultaneous increase in both lifespan and healthspan followed by a short period of compressed morbidity just before death.

The breakthrough came when the researchers significantly overexpressed both Sir2 and HAP: in this scenario, less than 6% of the cells chose the short-lived Mode 2 aging, while close to 45% experienced the novel, long-lived Mode 3 aging.

The discovery of the third mode of aging was made possible through an intricate mathematical model that predicts a cell’s behavior based on different levels of Sir2 and HAP. The researchers also suggest that this principle can explain the synergy that is known to exist between two well-researched longevity-promoting factors: Sir2 and caloric restriction.

Cellular aging can thus be considered a fate-decision process, in which single cells age toward either silencing loss and nucleolar decline or heme depletion and mitochondrial decline. This process can be viewed as a divergent progression on a Sir2-HAP landscape, which can be reshaped by model-guided genetic perturbations, thereby enriching a long-lived mode of aging.

This exciting discovery expands our understanding of aging, illuminating both new difficulties and new possibilities on the road to life extension, highlighting the need to control both genomic instability and mitochondrial function at the cellular level. In these simple cells, it seems to be possible to induce a slower and healthier mode of aging by overexpressing certain key factors. It remains to be seen if these promising results can be recreated in mammalian and, eventually, human cells.

[2] McKeown, P. C. (2014). Mechanisms of rDNA silencing and the Nucleolar Remodelling Complex (NoRC). Atlas of Genetics and Cytogenetics in Oncology and Haematology.