Lipids, not proteins, seem to be a primary cause of neuronal death. 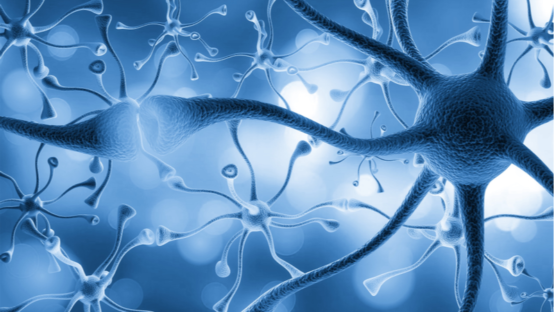 Researchers have identified an important mechanism of neurodegeneration that may be useful in treating age-related diseases such as Alzheimer’s and dementia [1].

These neurons must die

Age-related neurodegenerative diseases, including Parkinson’s and Alzheimer’s, have become more prevalent mostly because of the successes of modern medicine. Today, more people become old enough to fall prey to neurodegeneration, and without solving neurodegeneration, we cannot hope to achieve meaningful lifespan and healthspan extension. Some longevity experts say half-jokingly that even if we will be able to replace every organ in the human body, we cannot replace the brain, so we must learn how to fix it. Yet, in recent decades, this field has seen little progress.

Neurodegeneration is, basically, the death of neurons. It happens as a result of various types of stress, including injuries. It has been known for some time that astrocytes, cells that perform various housekeeping functions in the central nervous system, are activated by disease, injury, and systemic inflammation in a way that leads them to kill neurons. This activation, at least when related to systemic inflammation, is induced by several proteins, including interleukin-1a (IL-1a) and tumor necrosis factor (TNF) [2].

Looking for the murder weapon

Until now, scientists did not know how exactly activated astrocytes kill neurons. The group of researchers behind this new paper was one of many to study this question. For some time, they thought that the instrument of murder must be a protein or a group of proteins, but attempts to pinpoint such killer proteins have been unsuccessful.

This time, after analyzing the full proteome in activated and quiescent astrocytes, the researchers found changes in expression of only a small fraction of proteins, and none of those proteins stood up to scrutiny as a possible culprit. However, among the proteins that were most notably upregulated in activated astrocytes were APOE and APOJ.

The main function of APOE and APOJ is to transport lipids (fats) by packing them into particles called lipoproteins [3]. Two types of those particles are widely known as LDL and HDL (low- and high-density lipoproteins: “bad” and “good” cholesterol, respectively). Neurons need cholesterol to function, and by forming lipoproteins, APOE and APOJ participate in the cholesterol supply chain. Interestingly, one of the alleles of the APOE gene is strongly associated with Alzheimer’s.

Further investigation showed that astrocytes’ cytotoxicity is indeed regulated by lipoprotein particles. However, since those particles consist of both lipids and proteins, it had to be determined which of them are responsible. Removing the protein fraction by knocking out APOE and APOJ genes in mice did not diminish the cytotoxicity, while removing the lipids did.

The last step was to determine which lipids were so toxic. By analyzing the entire lipidome (lipid profile) of activated vs. quiescent astrocytes, the researchers found that two classes of lipids were significantly upregulated in reactive astrocytes: long-chain saturated free fatty acids (FFAs) and much less pronounceable phosphatidylcholines with very-long-chain fatty acid acyl chains (VLCPCs).

In order to prove their theory in vivo, the researchers had to find a way to stop the production of these two specific types of lipids in live mice while disrupting as few other cellular processes as possible. This was done by knocking out ELOVL1, the enzyme that is specifically responsible for the synthesis of longer-chain, fully saturated lipids. In wild-type mice with induced optical nerve injury, massive neuronal loss and no signs of vision restoration were observed. However, in mice with ELOVL1 knocked out, there was substantially less neuronal death.

It is worth noting that this same group of researchers had previously achieved even better results (close to zero neuronal death) by knocking out the aforementioned proteins that actually activate astrocytes. While targeting those factors may seem a better strategy, it is probably not, since they perform many other functions in the body. On the contrary, while having a less pronounced effect, targeting those two types of lipids is a gentler intervention that can be performed after the astrocytes become activated (for instance, as a result of injury or age-related inflammation).

After years of painfully slow progress in this field, this groundbreaking discovery showcases a mechanism of neuronal death that is at least partly responsible for neurodegeneration, including in age-related diseases such as Parkinson’s and Alzheimer’s, which have been notoriously hard to crack. It also offers a specific target for a prospective intervention.