Affecting brain inflammation may be an upstream key. 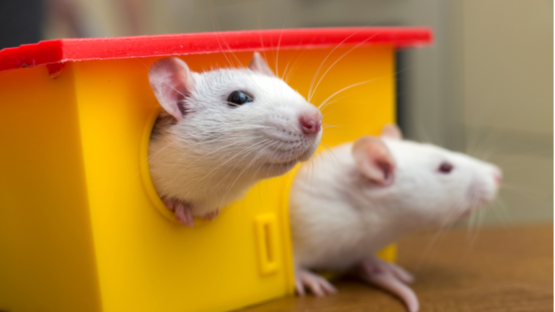 A team of Spanish researchers publishing in Aging have reported that they can delay reproductive senescence in female rats by stimulating the production of insulin growth factor 1 (IGF-1) through gene therapy.

IGF-1 is a well-known anti-inflammatory compound, having shown positive effects in human cells [1] and in mouse models [2]. In previous studies, this research lab has shown that IGF-1 gene therapy aids rats in multiple areas: it somewhat restores motor skills [3], assists microglial performance [4], and fights against the inflammatory effects of lipopolysaccharide [5]. These researchers have even previously proven the basic conclusion of this paper: that gene therapy extends the period in which female rats remain reproductively viable [6].

This research builds upon that previous work, delving deeper into the mechanisms of action, specifically the activities of neurons that release kisspeptin and gonadotropin-releasing hormone (GnRH) along with their resident microglia.

Some aspects of aging begin in the brain

Previous work has shown that neurological inflammation affects GnRH-expressing neurons and that the lack of GnRH is associated with multiple ailments relating to aging, including frailty, memory loss, and skin aging [7]. The activity of GnRH neurons has also been found to be associated with kisspeptin-secreting neurons, but here, the location of the neurons makes a difference. Kisspeptin neurons in the arcurate nucleus (Arc) of the hypothalamus have a negative feedback effect relating to estrogen that discourages GnRH production, while kisspeptin neurons in the anteroventral periventricular nucleus (AVPV) have a positive feedback effect and encourage it [8]. Some research has suggested that these particular neurons are among the first to significantly age [9], making them a primary target for potential therapies.

The researchers began by administering IGF-1 gene therapy to eight-month-old female rats and examining them for 120 days alongside a control group. They found that this approach significantly and substantially prolongs cyclical estrus, delaying this aspect of aging while maintaining the health of ovarian follicles. Estradiol levels were significantly increased in the control group and much less increased in the treatment group.

As expected, GnRH neurons were substantially and positively affected by IGF-1. While the number of neurons was unchanged, their activity, as measured by immunoreactivity, was significantly upregulated.

Interestingly, IGF-1 gene therapy affected microglial activation substantially and positively in both hypothalamus areas, and it was also shown to decrease the proportion of senescent astrocytes in the hypothalamus as a whole.

As always with this sort of research, there are caveats. Most notably, this particular research paper is very sex-specific in nature, and the results found in female rats may also not apply to human women. The effects on microglia were also not fully elucidated.

However, this research still eludicates a pathway by which IGF-1 gene therapy might be able to have substantial positive effects on people, and it adds to a large body of previous research showing similar results. If this genetic anti-inflammatory approach can be proven to work in human clinical trials, it may become an accessible and easy-to-administer method for delaying frailty, osteoporosis, memory loss, and menopause.