This was determined by the TruAge methylation clock. 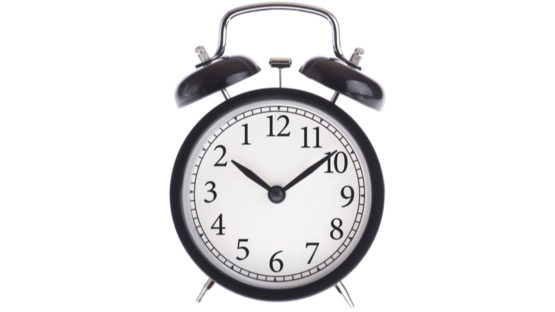 A commercially available alpha-ketoglutarate-based supplement has been shown to roll back biological age by 7 years on average in a retrospective human study [1].

Though metformin and rapamycin are getting most of the attention in the longevity field today, alpha-ketoglutarate (AKG) has emerged as another candidate longevity drug.

These three molecules have something in common: their mechanisms of action, at least partly, mimic caloric restriction. In other words, one of our best anti-aging strategies today is to override the “live fast, die young” paradigm installed in our species by evolution. From what we know, people might be able to live longer if they just live a bit “slower”.

On the technical side, AKG is an intermediary metabolite of the Krebs cycle – a complex chain of reactions that generates energy from nutrients. In addition to regulating the speed of the Krebs cycle, AKG has multiple other functions, including amino acid production and cellular signaling. AKG levels generally decrease with aging. AKG supplementation has been shown to improve lifespan and healthspan in various model animals [2,3], but human studies are scarce.

An epigenetic clock you can buy online

For this trial, the researchers recruited 42 healthy people. The participants were given a multi-month supply of Rejuvant, an AKG-based dietary supplement produced by Ponce De Leon Health (Juan Ponce de León was a Spanish explorer who allegedly searched for the Fountain of Youth).

The median self-reported length of use was 7 months, with individual values varying from 4 to 10 months. At the baseline (beginning of the study) and at the end, the biological age of the participants was measured using another consumer product – TruAge, a commercially available epigenetic test produced by TruMe Labs.

Epigenetic clocks have been around for about a decade and are now into their second generation. They work by measuring DNA methylation patterns that regulate transcription and tend to change with age. Although methylation-based clocks are considered the gold standard for measuring biological age, we do not have much information about TruAge and how it stacks up against well-known clocks such as GrimAge and PhenoAge.

The researchers tried to control for as many confounding variables as possible, such as diet, alcohol intake, smoking, overall health, weight, sleep duration, and physical activity, though the sample size was small: for instance, only one participant was an active smoker, and just six reported a history of smoking.

Based on the questionnaires, the researchers identified a group of 13 participants who did not report any changes over the study period in diet type, drinking frequency, additional dietary supplement intake, sleep duration, and exercise frequency. The scientists used this homogenous subset to initially assess the independent effect of AKG. At baseline, people in this group were, on average, 2.06 years biologically younger than their chronological age, but by the end of the treatment, this gap grew to 9.74 years. This means, epigenetically, these 13 participants became 7.69 years younger over a period of several months.

The results in the entire cohort of 42 patients were even more impressive. At baseline, the participants were on average 0.35 years biologically younger than their chronological age. By the end of the study, this increased to 8.31 years, with a mean difference of 7.96 years. Importantly, the effect was highly uniform, with just two of the 42 participants having their biological age slightly increased. The effect in males and females was also largely the same, with females receiving a somewhat smaller boost (6.98 years compared to 8.44 in males). This might be due to the fact that at baseline, the female participants had, on average, better biological and chronological age comparisons.

In general, people with higher biological age relative to their chronological age, and who were chronologically older, experienced the strongest effects. In other words, AKG seems to work best for the people who need it more: the older and the sicker. Interestingly, the duration of the treatment hardly correlated with the magnitude of the effect. According to the researchers, this indicates that the median treatment duration in this study, or approximately 7 months, may be sufficient to get the maximum out of AKG supplementation.

This exciting study had quite a few limitations. First, the sample size was relatively small. Second, it was built around a commercially available supplement and a commercially available epigenetic age clock that we know little about. Third, it was not placebo-controlled, though the results are probably too definitive to be explained by a placebo effect. Finally, the researchers note that AKG is a known substrate for DNA demethylases, which is why a methylation clock might not be the best way to gauge the effect of AKG on longevity. Despite all those caveats, the results are too spectacular to be ignored. Surely, more data on AKG and aging will be coming in soon, and we will keep you informed.