The Hsf1 protein has been shown to significantly help older stem cells. 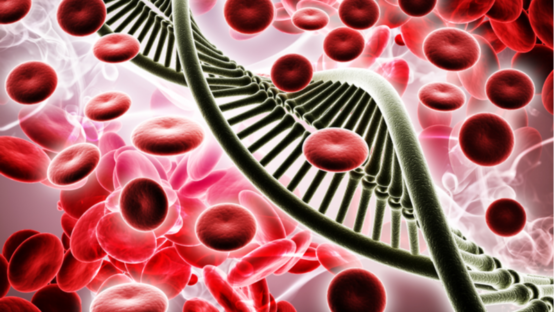 Researchers publishing in Cell Stem Cell have identified a protein that helps hematopoietic stem cells (HSCs) both in ex vivo cultures and in aging tissues.

The problem with culturing cells

As the researchers explain, HSCs give rise to both red and white blood cells, making their continued function critically important. When these cells’ proteins are stressed, they activate heat shock factor 1 (Hsf1), which promotes proteostasis maintenance. Under normal circumstances, protein production in HSCs is limited and controlled, as even modest increases in protein production harm the proteome of these cells, disrupting their ability to constructively divide and perform their function [1].

However, the researchers found that, unlike similar cells, cultured HSCs produce ten times as much protein as rapidly dividing HSCs in vivo and a full twenty times as much protein as ordinary, quiescent HSCs, and this fact has significant implications for the cells. Cultured HSCs produce a significant amount of Hsf1 along with other proteins, but their protein recycling machinery is still harmed.

The researchers proved this by taking cells from mice that have been genetically engineered to express the fluorescent protein GFP. Under normal circumstances, these cells would quickly digest this protein; however, when the related proteostasis mechanisms are degraded, this highly visible protein accumulates in the cells. This is exactly what happened when the researchers cultured HSCs under ordinary circumstances.

Looking for a way to mitigate this, the researchers investigated the properties of the Hsf1 gene, which produces the Hsf1 protein. Interestingly, they found that deleting this gene only initially affected artificially cultured cells; HSCs in living mice that could not express Hsf1 were not significantly different from HSCs that could, but this changed when the mice reached older ages.

The team found that while 3-month-old and even 10-month-old Hsf1-deficient mice were generally indistinguishable from their normal counterparts, cells taken from 12-month-old mice without Hsf1 were significantly less able to divide. According to the researchers, this data shows that Hsf1 is critical to the function of HSCs in aged animals.

Next, the researchers examined two compounds that promote the expression of Hsf1: 17-AAG and HSF1A. While the distinctions between cultured cells treated with these compounds and ordinary cultured cells were not statistically significant immediately, they showed their power in secondary transplants.

The goal was multilineage reconstitution, the ability of these stem cells to continue to replace somatic cells. While only 11 of 32 recipients of secondary transplants of ordinary cultured HSCs fulfilled this goal, 31 of 37 17-AAG recipients and 22 of 33 HSF1A recipients did. In fact, cultured HSCs treated with 17-AAG performed better than freshly extracted HSCs from living mice.

While the usefulness of this research for stem cell cultures is clear, identifying a gene that only provides benefit for older individuals is an interesting development, and it provides fodder for two separate lines of research. First, it opens up the idea of developing drugs that increase Hsf1 in older people, potentially allowing them to continue to produce fresh cells as they had in youth. It also begs the question of how our cells change over time to require that protein at all; perhaps, as we learn more about the protein structures that govern aging, we may find ways to allow our stem cells to continue to divide without extra help.