Senescent Cells and the Cytokine Storm

This cellular research shows the role of hyper-stimulation in inflammaging. 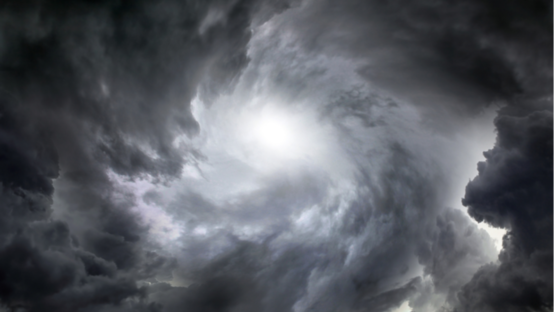 The researchers hypothesize that this is one cause of the cytokine storm, an immune overreaction that is more common in the elderly and is known to cause severe dysfunction and even death when triggered by infectious diseases, including COVID-19 [1].

The researchers took human umbilical vein endothelial cells (HUVECs) and irradiated half of them in order to induce senescence. These irradiated cells are known as IR HUVECs, while the control group consisted of NC HUVECs. The researchers confirmed that the IR HUVECs were senescent through an analysis of the SASP, and they then exposed these two groups to three chemicals: lipopolysaccharide (LPS) and the inflammatory factors interleukin 1 beta (IL1ß) and tumor necrosis factor alpha (TNFa).

The results were very clear. LPS was the strongest stimulant, and while its effects on NC HUVECs were minimal, its effects on IR HUVECs were dramatic. At a high dose of 30 ng/ml, LPS substantially increased certain inflammatory factors in non-senescent cells. For example, TNFa expression, as measured by mRNA, was increased roughly 30-fold in NC HUVECs but nearly 1500-fold in IR HUVECs.

Exposure to IL1ß and TNFa resulted in similarly dramatic results, with IR HUVECs expressing inflammatory factors at one or two orders of magnitude greater than NC HUVECs. This includes the factors IL1ß and TNFa, both of which are normally expressed by senescent cells as part of the SASP. While this process clearly does not self-perpetuate indefinitely, it is reasonable to hypothesize that this self-stimulation of inflammatory factors is a part of the cytokine storm.

The researchers then measured the amounts of inflammatory factors secreted by these cells. These results were less stark than the mRNA gene expression results, but they were still substantial. Of note is that while gene expression of these inflammatory factors skyrocketed in NC HUVECs, their actual chemical production of each factor, even after stimulation with LPS, was universally lower than that of unstimulated IR HUVECs. Stimulating the IR HUVECs nearly doubled the production of these factors.

This was not largely due to senescent cells being simply more receptive to inflammatory factors. The researchers tested multiple receptors and found that the only relevant receptor that IR HUVECs had substantially more of was TNFR1, which is receptive to TNFa.

The researchers then examined if the p38 pathway was involved in this hyperstimulation. They treated NC HUVECs and IR HUVECs with losmapimod, a compound that interferes with this pathway. Not only was the p38 pathway shown to be strongly linked to the gene expression of inflammatory factors, treatment with losmapimod resulted in such a strong repression that NC HUVECs were producing more inflammatory gene expressions, upon stimulation, than IR HUVECs were.

The NF-kB pathway was also found to be involved, although the results between factors were more mixed than the p38 pathway. Still, the compound BMS-345541, which inhibits this pathway, was shown to have substantial effects.

This is a cellular study that was not conducted in animals, and so the researchers call for a “paradigm shifting study” in order to prove that senescent cells are central, not indirectly related, to the development of inflammatory pathologies such as the cytokine storm. As age-related inflammation (inflammaging) continues to cause damage in the elderly and makes deadly diseases such as COVID-19 even worse, it is clear that senotherapeutics and senolytics are worth researching for their potential effects on this process.