The recovery is partial but significant. 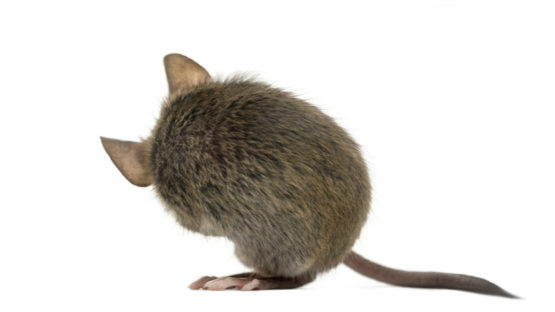 A new study published in Cell Reports has shown that the senolytic navitoclax (ABT-263) helps mice heal from spinal cord injuries [1].

The difference between mice and zebrafish

The zebrafish is a well-known species studied for its regenerative abilities, so the researchers began their investigation by examining what happens to the spines of mice and zebrafish after a spinal cord injury. The difference was stark, neatly illustrating the difference between what happens in injured mammals and what we would like to see happen instead.

There are basic similarities. Imaging and co-location analysis have shown that these senescent cells, as measured by their expression of SA-ß-gal, are predominantly neurons. Other markers are largely the same between mice and zebrafish.

When their spinal cords are injured, zebrafish exhibit a temporary increase in senescence, as measured by the senescence biomarker senescence-associated ß-galactosidase (SA-ß-gal). This increase peaks after 15 days and returns back to normal 60 days afterwards, as if they had never been injured at all.

Mice, on the other hand, show a completely different reaction. Their senescent cell levels continue a sharp rise from the time of injury onward; 60 days past injury, a full 35% of the neurons at the site of injury have become senescent.

The researchers set out to see how much senescent cells contributed to continued spinal dysfunction after injury. To this end, they chose navitoclax, a drug that was originally developed to fight cancer but has shown significant promise as a senolytic. Because the blood-spinal cord barrier, which is similar to the blood-brain barrier, is leaky during the first 14 days after injury, the researchers chose that time window to administer the drug.

The results were significant. Mice given navitoclax showed substantial improvements in walking ability. Walking, body stability, and forelimb-hindlimb coordination were improved in ways “that were never achieved in vehicle-treated mice” – that is, mice given a sham injection. The treatment also benefited bladder function and cold sensitivity.

Myelination, a critical factor in the ability of sensory and motor neurons, was better preserved in mice given navitoclax. Neuroplasticity, the critical ability of neurons to reorganize themselves, was better maintained, and the size of the fibrotic scar left behind after injury was reduced.

Many improvements were also seen on the biochemical level, beyond just a reduction in cellular senescence. Mice that were injured but not treated with navitoclax had many inflammatory markers substantially increased, even doubled; in treated animals, this inflammation was reduced to the level of uninjured mice. Compounds related to fibrosis and immune cell adhesion were also similarly reduced.

Persistent senescent cells (SCs) are known to underlie aging-related chronic disorders, but it is now recognized that SCs may be at the center of tissue remodeling events, namely during development or organ repair. In this study, we show that two distinct senescence profiles are induced in the context of a spinal cord injury between the regenerative zebrafish and the scarring mouse. Whereas induced SCs in zebrafish are progressively cleared out, they accumulate over time in mice. Depletion of SCs in spinal-cord-injured mice, with different senolytic drugs, improves locomotor, sensory, and bladder functions. This functional recovery is associated with improved myelin sparing, reduced fibrotic scar, and attenuated inflammation, which correlate with a decreased secretion of pro-fibrotic and pro-inflammatory factors. Targeting SCs is a promising therapeutic strategy not only for spinal cord injuries but potentially for other organs that lack regenerative competence.

Spinal injuries are crippling. If an injury occurs in the lower spine, it can result in the well-known symptom of paraplegia: the inability to control the lower body. Upper spine injuries can be even worse, as they can render patients unable to move their arms or legs or even breathe independently. It goes without saying that treatments for spinal cord injuries are in high demand.

Obviously, navitoclax does not represent a complete cure, as mice given this drug were able to regain only some of their abilities and it is doubtful that humans would fare any better. However, this research highlights the need for a human clinical trial of navitoclax for spinal injuries, illustrates the role that senescent cells play in the inability of spinal injuries to heal properly, and makes it clear that senolytic treatment is likely to be part of a complete future therapy, one that simultaneously restores healthy cell populations while removing harmful senescent cells.