Senescent cells are a double-edged sword in wound healing. 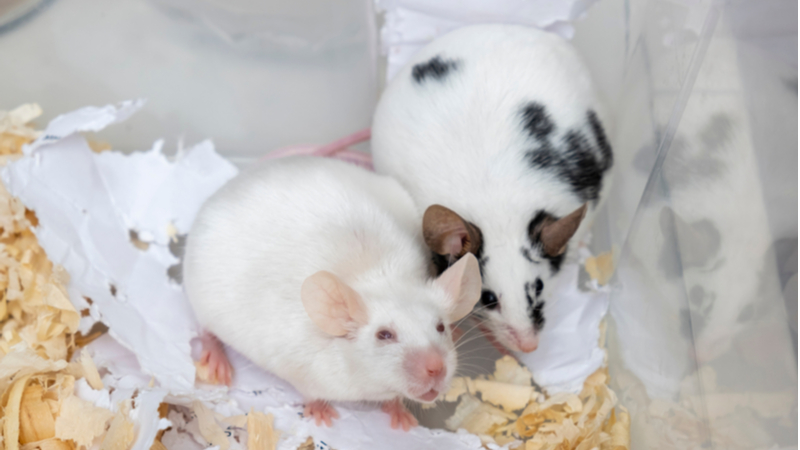 A new publication in Aging Cell has found divergent results between the post-injury muscle regeneration of young and old mice treated with senolytics [1].

While it may not be obvious from the way senescent cells are often discussed in longevity circles, these cells play a critical role in tissue repair and wound healing. Senescent cells accumulate in the early stages after injury and then are reduced throughout the healing process [2,3]. However, despite an increased senescent cell population, regeneration from injury is impaired with aging. In muscle, a tissue with high regenerative potential, this results in more fibrotic scar tissue and both smaller and fewer muscle fibers after injury.

Other aspects of aging, such as stem cell exhaustion, may play a role in this deficit. However, there is also some evidence that the increase in senescent cells may be playing a direct role.

Senolytics are drugs that selectively target and kill senescent cells. They’ve been shown to extend healthspan and lifespan in various animal models. Impaired tissue healing is one potentially concerning side effect as these treatments begin human clinical trials. Additionally, whether senolytics might be a useful treatment to facilitate muscle regeneration after injury in the elderly is currently unknown.

A recent study at the University of Kentucky aimed to examine the effects of senescent cells on regeneration and repair, as well as the potential origins of these cells, in a mouse model of natural aging.

Young (3-month-old) and aged (20-month-old) mice were used in this study. The drug combination dasatinib and quercetin (D+Q), the most well-studied senolytic treatment, was used to intermittently eliminate senescent cells in these mice. After 12 weeks, the mice were injected with barium chloride to simulate a muscular injury.

Prior to injury, physical function was assessed through multiple measurements. Old mice, when treated with D+Q, showed improvements compared to vehicle-treated controls, while young mice had higher levels of physical function than old mice but no changes between treatment groups. Interestingly, measurements of systemic inflammation were not decreased with D+Q treatment in young or old mice, which contradicts the results of previous studies.

SA-ß-gal staining (a measure of senescent cell burden) was very low after sham injury in both young and aged mice. In barium chloride-injured mice, SA-ß-gal staining after 7 days was dramatically elevated to similar levels, regardless of age or senolytic treatment status. SA-ß-gal staining decreased from 7 to 28 days in all groups, but was highest in aged mice not treated with senolytics.

Co-staining with CD11b showed that more than 90% of the senescent cells were macrophages at 7 days. RNAseq analysis suggested that by 14 days, the cells had begun to be cleared from the injury site in young mice, but in old mice, they had begun expressing more markers of senescence, such as the SASP and p21.

Senescent cell burden is extremely low in muscle tissue, even with aging. This study showed that infiltrating macrophages after injury become senescent in older mice and impair the healing process. Senolytic treatment with D+Q improved muscle regeneration in old mice but hindered it in young mice.

The study has a few limitations, including its heavy reliance on SA-ß-Gal staining, which is a tricky measurement of senescence, and the uncertain applicability of barium chloride as an injury model. Clinical trials would be needed to confirm these findings in humans, but this study provides strong preclinical evidence that senolytics may be able to help muscle injuries in aged individuals even though they negatively impact the young.