May has brought us a lot of interesting advances in the world of rejuvenation, and we at Lifespan.io have moved forward with projects of our own, including our upcoming Ending Age-Related Diseases 2020 conference, an accelerated Journal Club schedule with more speakers, a roundtable discussion, and our new general science series focused on the potential issues of a world without aging: Science to Save the World! Here’s everything that happened in May.

As part of our commitment to supporting the development of the longevity industry, we have included a recording of Developing a Biotechnology Startup in the Rejuvenation Field, a workshop hosted by Kelsey Moody of Ichor Therapeutics, in the on-demand section of our upcoming conference, Ending Age-Related Diseases 2020. All registered participants get access to it!

If you want to sponsor our event or wish to request press accreditation, please contact Steve Hill.

Roundtable Discussion: COVID-19, Aging, and the Future of Healthcare: Six personages of the rejuvenation biotechnology world, including Lifespan.io President Keith Comito and Dr. Aubrey de Grey, discussed healthcare and aging research in the context of the ongoing pandemic.

Restoring the Woolly Mammoth: Dr. George Church seeks to bring back this extinct animal by placing its DNA into elephant embryos; the resulting Mammophant would provide an ecological service to the world’s tundra regions.

Mitochondrial Dysfunction: Mitochondrial dysfunction occurs when our mitochondria, the powerhouses of the cell, are no longer able to fulfill their duties, and Veera discusses this hallmark of aging on X10.

Cellular Senescence: Senescent “zombie” cells stop supporting their tissues and instead secrete inflammatory factors, and Veera points out how this hallmark of aging is very frightening and very real.

The Paper That Helped Change WHO’s Position on Aging: This interview with Daria Khaltourina discusses the role of the International Longevity Alliance in changing the position of the World Health Organization in relation to aging.

Blood Factors Halve Epigenetic Age in Rats: Oliver Medvedik hosts a discussion of a study in which adding blood factors to the blood of rats effectively halves their epigenetic age.

Modulating Macrophages to Prevent Disc Degeneration: Polarizing macrophages towards the M2 healing type from the M1 inflammatory type has been shown to prevent the degeneration of spinal discs, which is caused by unwanted apoptosis.

Resistance Training in Middle Age Doubles Muscle NAD+ Levels: Training muscles through weightlifting has been shown to double NAD+, a critical compound for life, in muscle.

Metformin Enhances Autophagy and Alleviates Inflammaging: Metformin downregulates the activity of the TH17 cytokine family, which is a cause of age-associated inflammation.

NAD+ and the Circadian Rhythm: New research suggests that NAD+, a critical molecule that impacts many aspects of life, may have a role in maintaining the natural fluctuations of our bodies.

A New Method for Detecting Mitophagy: Preserving cells through fixation alters their chemistry but makes it much easier to do large-scale testing. A new method of detecting mitophagy, the act of recycling damaged mitochondria, can withstand this fixation process. SYK Inhibitors May Be a New Class of Senolytics: Although its mechanism of action is unknown, the spleen tyrosine kinase inhibitor R406 seems to preserve immune function while removing senescent cells.

A Senolytic Prodrug For Multiple Cell Types: The prodrug SSK1 targets β-galactosidase, a major feature of senescent cells, in order to remove them.

A Vaccine for Senescent Cells: Using a vaccine rather than senolytic drugs may be an efficient method of removing senescent cells, and their heterogeneity would likely prevent such a vaccine from detrimentally removing them all.

A CellAgeClock for expedited discovery of anti-ageing compounds: In order to discover new compounds that reverse the hallmark of epigenetic alterations, researchers have developed this in-depth epigenetic clock.

GDF11 improves survival and promotes recovery after ischemic stroke in aged mice: Growth differentiation factor 11 has been shown to promote brain repair and prevent glial overproliferation in a mouse model of stroke.

Improvement of muscular atrophy by AAV–SaCas9-mediated myostatin gene editing in aged mice: Using an adeno-associated virus to deliver a CRISPR-based gene therapy to deplete myostatin from muscle tissue has been shown to be effective against sarcopenia in this mouse model..

Cell Therapy Shows Promise in Parkinson’s: A human Parkinson’s patient had his own skin cells reprogrammed into dopaminergic progenitor cells in order to treat his disease, and the results were positive.

Infusion of Plasma from Exercised Mice Ameliorates Cognitive Dysfunction: While it does not cure the basic mechanisms behind Alzheimer’s, injecting plasma from exercised mice into mice with Alzheimer’s disease has been shown to prove therapeutic benefits.

Allo-priming as a universal anti-viral vaccine: Patented, allogeneic immune cells primed to fight back against viral infection may serve as a method of defending the elderly against future pandemics.

The Anti-Ageing Effects of a Natural Peptide Discovered by Artificial Intelligence: A machine learning system discovered peptide RTE62G, which was subsequently proven in further testing to have beneficial effects on the extracellular matrix.

New Possible Treatment for Osteoarthritis Reported: Researchers have identified two molecules that, when taken together, have been shown to at least partially reverse osteoarthritis in mice.

Extracellular Vesicles Inhibit Glucocorticoid-Induced Osteonecrosis of the Femoral Head: By releasing chemicals that promote growth and prevent unwanted apoptosis, extracellular vesicles derived from stem cells have been shown to prevent degeneration of the top of the hip bone in a rat model.

Mesenchymal Stem Cells Repair Bone Marrow Damage of Aging Rats: MSCs have been shown to be vital in repairing damage inflicted by age-related bone marrow degeneration in a rat model.

Blood Factors Reverse Epigenetic Age by Half in Rats: This article describes the related study that was discussed on Journal Club.

Gut Microbes of Old Rats Cause Cognitive Decline in Young Rats: The link between gut flora and cognitive health has been reaffirmed with a new study showing that young rats are harmed by the gut flora of older rats. 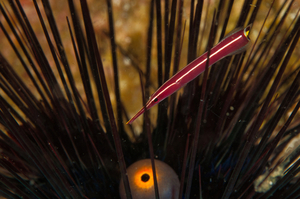 Effects of Metformin on Lifespan, Cognitive Ability and Inflammatory Response in a Short-Lived Fish: Metformin has been shown to improve critical biomarkers in annual fish, potentially offering promise for mammals as well.

Senescence and Longevity of Sea Urchins: Sea urchins have extreme regenerative and anti-senescence abilities; this review discusses how they differ from mammal species.

The Challenge of Including Aging in the ICD: Dr. Stuart Calimport and Dr. Alexander Zhavoronkov discuss the idea of including aging in the International Classification of Diseases.

Ending Age-Related Diseases 2020: Come and join us on August 20-21! With panels, discussions, and appearances from many of the major luminaries in the field, including Dr. Aubrey de Grey, Dr. Judith Campisi, Dr. Steve Horvath, and Dr. Vadim Gladyshev, our online conference promises to be an event to remember for a very, very long time.