The Paper That Helped Change WHO’s Position on Aging 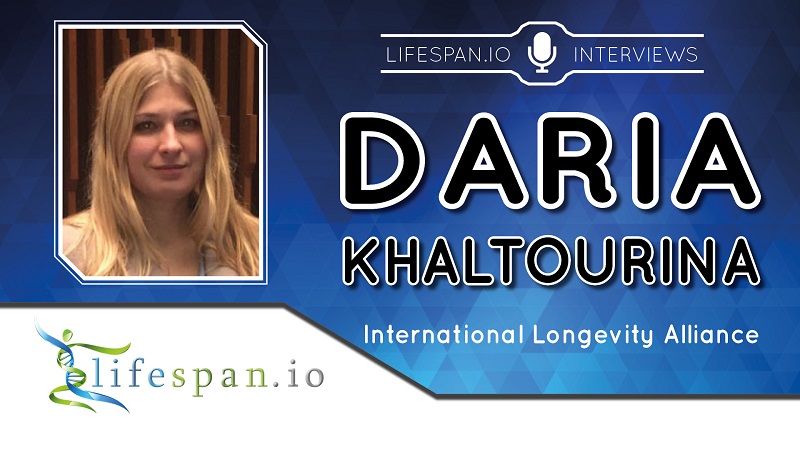 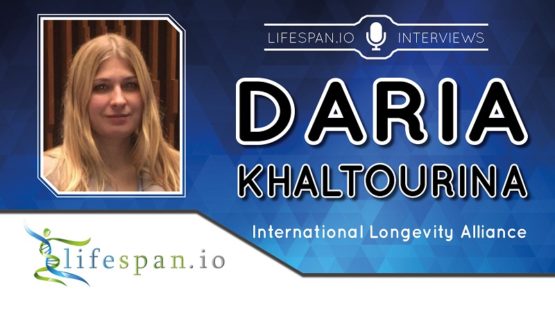 We had the opportunity to interview Daria Khaltourina about a review written by her team, which recommended giving aging its own disease classification in the ICD-11.

Back in 2018, an international group of scientists filed a proposal with the World Health Organization to introduce aging as a disease in the new iteration of the International Classification of Diseases (ICD-11), which was in the making at the time. The proposal was accompanied by and based on a comprehensive review of the current research of age-related diseases and longevity, which has recently been published as a paper and makes fascinating reading for anyone interested in the field [1]. To match the criteria of a disease outlined in ICD-11, this roundup deals with such aspects of aging as symptomatology, etiology, course and outcome, treatment response, and linkage to genetic and environmental factors. It is also based mainly on human research and trials, per WHO standards. This restrictive approach, although necessary, does leave out several major developments that are still undergoing animal trials.

The paper arrives at the conclusion that aging fits the WHO definition of a disease from numerous standpoints. First, several key pathological processes behind aging have been identified, such as low-grade systemic inflammation, replicative cellular senescence, proteostasis failures, immune senescence, mitochondrial dysfunctions, increased fibrotic propensity, insulin resistance, body composition changes, and hormonal changes. Second, some interventions have been proved effective, including lifestyle changes and approved drugs and supplements. Last but not least, aging has been firmly linked to certain genetic and environmental factors.

The proposal resulted in a partial success, with the WHO introducing a new extension code – “Aging-related” – in the “Causality” section of ICD-11. We decided to ask the leading scientist behind the review, Daria Khaltourina, a few questions about this important initiative. Daria will also be one of the guests in our upcoming roundtable discussion, COVID-19, Aging, And the Future of Healthcare.

Why should aging be considered a disease? Why is it important?

Aging is, of course, the number one killer, the culprit behind most deaths in the world. Our study shows that aging fits the disease criteria of the International Classification of Diseases (ICD) of the World Health Organization, so it can be considered a disease. There is a practical need to include aging in some way into the ICD to facilitate the development of effective anti-aging therapies. The fact that aging was not included into the ICD has been an obstacle for attracting investment into research and development in the field of longevity. I know at least two biomedical companies that had developed geroprotector candidate drugs and had to file applications to register them for conditions other than aging. As a result, these drugs have not been tested as systemic geroprotectors, and important opportunities have been missed. To avoid such situations in the future, aging should be officially designated as a disease.

Your success was important, yet partial: aging was introduced to the ICD not as a disease but as the “Aging-related” extension code. What is the difference?

Our goal was for aging to be included in the ICD-11 as a disease. Our proposal was backed up by a detailed review of aging based on medical research literature. But the ICD-11 Joint Task Force informed us that since many of the aspects of what we call aging are already included in the ICD, they just introduced a new extension code, “Aging-related”. This code can be added to other conditions listed in the ICD-11. Some of the conditions containing this code have already been incorporated into the ICD-11. The code can be used to designate new conditions as “aging-related”, such as aging-related primary immunodeficiencies or aging-related lung atrophy. This creates an opportunity to develop more therapies for specific pathologies that constitute aging. For example, if an effective treatment for immunosenescence is created, it will fall under “Aging-related acquired immunodeficiencies” and be recommended to every person older than 60, just like pneumococcal vaccines are today.

Some of the hallmarks of aging, such as cellular senescence and proteostasis failure, are present on the map of the major pathogenic processes of aging that is included in your paper, while others, such as genomic instability, are not. Can you explain the rationale behind this?

Our review of aging is clearly incomplete. We left out a few important aspects of aging, such as DNA integrity and repair failures, stem cell maintenance and epigenetic aging, since there was not enough clinical data from human trials, especially from the standpoint of interventions. As more clinical data emerges, we will eventually present WHO with an updated review advocating for broader incorporation of aging into the ICD.

Your article is an impressive review of what we know today about aging. Had your own views on the subject evolved as you worked on it?

There were many insights that we gained during this work. For me, one of them was the importance of the extracellular matrix. For example, fibrotic processes constitute an important and dangerous aspect of aging, because they may be irreversible. Greater emphasis should be put on the early proactive prevention of fibrosis in blood vessels, heart, kidneys, liver, and lungs. Yet another issue is the fragility of the elastic layer [a layer of elastic tissue that forms the outer part of the innermost layer of blood vessels]. This layer is formed mostly in utero and soon after birth and then degenerates for the rest of our lives. Elastin degradation is a major factor in vascular and pulmonary aging, so we need to develop ways to regenerate and protect the elastic layer and fiber. The third major takeaway is how many good sets of biomarkers of aging are available. The problem is no longer the lack of such sets, it is developing a consensus among the medical community as to which sets are to be used in clinical trials.

In a hypothetical situation in which the importance of combating aging is suddenly realized by humankind, and longevity research gets all the resources it needs, how should we proceed? What should be done first?

What really stands between us and effective anti-aging therapies is the lack of clinical trials. I am sure that anti-aging therapies that could extend lifespan by many years have already been discovered. They just need to be tested on humans in well-controlled medical experiments with the best possible safety profile. I cannot overstate the importance of this. Such trials do not have to be very expensive. They could be conducted not just in the West but also in countries where it costs less, while satisfactory standards are still achievable.

You list dietary changes and exercise as the most effective anti-aging therapies to date. Is this indeed true?

Healthy lifestyle habits, such as avoiding smoking and alcohol abuse, healthy diet, and physical activity, could extend life by 14-17 years compared to some of the worst possible lifestyles, according to studies from Germany and the US. Clearly, we should not forego this opportunity to live longer and survive until better anti-aging therapies are available. Smoking is by far “the best way to age early”. Healthy diet and exercise, when done wisely, have many other beneficial effects – for instance, exercise acts as an anti-depressant. I see it as a win-win choice that is hard not to make.

Would it be correct to say that there are numerous symptoms that are considered diseases when they happen earlier in life but not when they occur due to aging?

Pathological changes should not be considered normal whenever they occur. Modern medicine may not always have enough diagnostic and therapeutic power to control and cure such changes, but this should be the ultimate goal. The right to enjoy the highest attainable level of health is guaranteed to everyone by UN documents and national constitutions.