This data was gathered by analyzing countries. 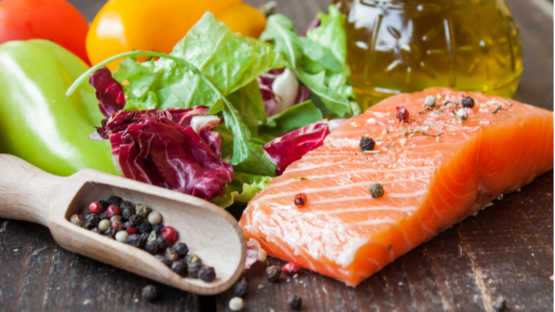 Scientists have shown yet again that adherence to the Mediterranean diet is positively correlated with longer and healthier lives – this time in a large-scale population study spanning 130 countries [1].

Olive oil in, meat mostly out

The so-called Mediterranean diet is one of the most well-researched in the world. It is heavy on olive oil, fruits, vegetables, legumes, whole grains, and to a certain extent fish and wine, but it is light on dairy and meat. The Mediterranean diet has been linked to better health outcomes and increased longevity in numerous epidemiological studies and some large, randomized trials [2].

On a global scale

Do we need another epidemiological study of the Mediterranean diet, then? We might, because this new one, performed by Japanese scientists, uses an intriguing methodology. First, it investigates the association between the Mediterranean diet and both lifespan and healthspan, the latter measured as health-adjusted life expectancy (HALE), which roughly means years spent without a major illness.

Despite overall life expectancy continuing to rise in most of the world (with the United States being a notable exception), the increase in HALE has been smaller and more due to decreasing mortality than to more years lived without disability. Meanwhile, the prevalence of non-communicable diseases, such as cardiovascular disease and diabetes, has been growing [3]. It can be reasoned that while the world on average is getting richer, giving many people access to modern medicine and sanitation, those people are also taking up unhealthy habits, some of which relate to food consumption.

Instead of studying individuals, the researchers calculated the Mediterranean diet score (MDS), a metric of adherence to the Mediterranean diet, for whole countries by analyzing their average per capita consumption of the relevant foods. While being sort of a blunt instrument, this approach allows the researchers to detect worldwide trends and account for heterogeneity (including genetic) among populations.

To improve the robustness of the study, the researchers controlled for an impressive array of covariates, including average BMI (body mass index), obesity rate, current smoking rate, physical activity, years of education, the percentage of the population over 65 years of age, and GDP per capita. They even accounted for air pollution and the percentage of the Muslim population, which follows religious dietary restrictions. The data was obtained for 130 countries with populations of 1 million or more.

The researchers analyzed data at baseline in 2009 and how it changed between 2009 and 2019. For 2009, Japan was ranked first in HALE (72.7 years) for both males and females, with Sweden and Switzerland sharing second place. Japan and Switzerland also led in overall life expectancy (82.9 and 82 years, respectively).

MDS is calculated on a scale of 1 to 9, with 9 signifying a complete adherence to the Mediterranean diet. Surprisingly, actual Mediterranean countries, excluding Morocco, were not among the leaders. Angola sported the highest score of 8, while both Greece and Italy only received 4. Japan, where some eating habits, such as fish consumption, but not others (low consumption of olive oil and wine) resemble the Mediterranean diet, also received 4. One possible factor could be that developed countries move away from their traditional diets and towards increased consumption of meat and heavily processed food.

Nevertheless, after controlling for confounding variables, the 2009 MDS showed unmistakable correlation with both life expectancy and HALE. Interestingly, the association with HALE was much stronger (p=0.011) than with overall life expectancy (p=0.037). While modern medicine is better at increasing the number of years lived rather than ensuring that those years are disease-free, the Mediterranean diet seems to work in the opposite direction.

In the longitudinal analysis of changes from 2009 to 2019, the correlation was even stronger: p=0.004 for HALE and p=0.03 for overall life expectancy. During that decade, life expectancy increased in most parts of the world, but its correlation with particular MDS scores – i.e., 1, 4, or 7 – remained mostly unchanged, showing that the added value provided by the Mediterranean diet is independent of advances in medicine and life quality.

The results of this study revealed a significant positive association between the MDS and average LE and HALE through a global comparative study using publicly available international data. The MDS was positively associated with LE and HALE in the cross-sectional analysis of data from 2009 and the longitudinal analysis of the period between 2009 and 2019, even after adjusting for variables such as socio-economic status and health indicators. In the longitudinal analysis, no significant interaction effect was found between the MDS and year, suggesting that the MDS continues to have a positive impact on LE and HALE.

Dietary interventions are among the handful that have a proven record of increasing healthspan and lifespan, with the Mediterranean diet being probably the most well-researched. This important study shows just how powerful at least some elements of this diet are in different conditions and populations across the globe.