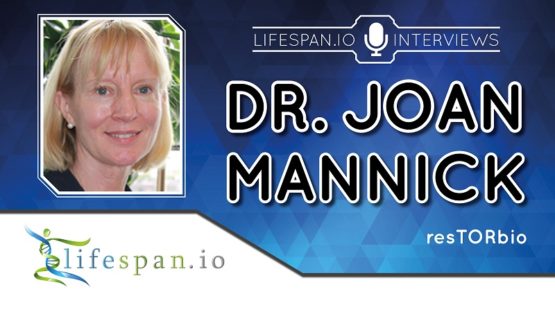 Rapamycin is a promising anti-aging therapeutic derived from a bacterium that was first found on Easter Island (it’s named for Rapa Nui, the official name of Easter Island). It inhibits mTOR (mechanistic target of rapamycin), thus inhibiting the immune system response that would, in some cases, lead to organ rejection. This is the on-label, FDA-approved use for rapamycin. It also has off-label uses, such as a coating on cardiac stents, and is being explored for its effects on aging.

It mimics the very positive life extension and health extension effects of caloric restriction (eating much less than normal over extended periods) and intermittent fasting (eating only during a few hours each day) [1]. These types of dietary restriction are some of the most reliable ways to extend life and healthspan in various organisms, including humans and other mammals.

Aging researcher and evolutionary biologist Josh Mitteldorf, in a 2016 blog post, stated, “Rapamycin is the best anti-aging treatment yet discovered.” Kaeberlein et al, in a 2016 study, agreed with this conclusion, stating: “Rapamycin is currently the most effective pharmacological intervention for extending lifespan and delaying a broad range of age-related functional declines in rodents.” [2] This study also showed that rapamycin had consistently extended lifespan in lab mice by 20% and up to 60%, and it works even when administered late in life. These are pretty remarkable results, and the biotech giant Novartis intends to commercialize rapamycin as its first effective anti-aging treatment.

Mikhail Blagoskonny is another researcher who has focused on rapamycin’s effects on lab animals for many years. He, Mitteldorf, and a number of other researchers are bullish on rapamycin’s potential to seriously inhibit age-related diseases. In 2018, Blagoskonny offered a good summary. He concluded: “Rapamycin causes cell type-specific arrest but slows geroconversion universally.” [3]

While rapamycin itself cannot be patented, as it is a naturally occurring compund, rapalogs (compounds similar to rapamycin) can. A number of companies are studying and commercializing rapamycin and rapalogs, including resTORbio, a Boston-based company. I heard Joan Mannick speak at the Longevity Therapeutics conference earlier this year and was intrigued by her company’s results so far.

We conducted this interview by email in early 2019.

As your company’s name suggests, resTORbio is currently focused on target of rapamycin (TOR) receptor pathways, more specifically TORC1. Why did you choose this focus out of all the many options for developing longevity therapeutics?

The activity of the TORC1 protein complex is one of the best-validated mechanisms that underlie aging. Data from multiple laboratories have shown that inhibition of TORC1 extends lifespan and healthspan in every species studied to date, from yeast to worms to flies to mice. Since TORC1 activity is an evolutionarily conserved mechanism that regulates aging, it is likely that TORC1 inhibition will also be of therapeutic benefit in human aging.

Why use rapalogs rather than just rapamycin? Is there actually good data showing that rapamycin in moderate doses is harmful to humans?

Our lead program is determining if TORC1 inhibition improves the function of the aging immune system and thereby decreases the incidence of respiratory tract infections (RTIs) in elderly humans. In a Phase 2a clinical trial, we found that RTB101, a catalytic site mTOR inhibitor (not a rapalog), led to a greater reduction in infection rates than the rapalog everolimus. We used very low doses of both RTB101 and everolimus in this trial, and both drugs were safe and well tolerated at these low doses.

Your early results show the most effect with your proprietary therapeutic RTB101 and more commonly available rapalogs such as everolimus (the combination of these therapeutics led to a 38% reduction in reported RTIs for the year following treatment in your elderly trial participants). Do you have any hypotheses as to why this combination seems to work better than individual drug therapies?

Rapalogs are allosteric inhibitors of mTOR (i.e. they change the shape of the protein), whereas RTB101 is an ATP-competitive inhibitor of the catalytic site of mTOR (i.e. inhibits the active site of the protein). RTB101 inhibits more TORC1 targets than do rapalogs, and the combination of RTB101 and everolimus inhibits more targets downstream of TORC1 than either drug alone. Therefore, more and more broad TORC1 inhibition is achieved when moving from everolimus (and other rapalogs) to RTB101 to the combination of everolimus+RTB101.

You suggest that these effects are most likely caused by the upregulation of gene expression, and you measured various blood biomarkers in making this assessment. Such a strong reduction in RTIs suggests that there may also be major improvements to other aspects of the immune system. Might there be a thymus restoration effect going on here? Did you measure thymus gland size before and after treatment?

Since inhibition of TORC1 can improve the function of so many bodily systems, do you believe that this pathway may be one of the pathways by which we are effectively programmed to die, by unfortunate quirks of the evolutionary process, as researchers such as Josh Mitteldorf have argued for some time?

There is evidence in old mice that TORC1 activity becomes dysregulated with age, and this may contribute to why the functions of aging organ systems decline and ultimately contribute to death. Normally, TORC1 is activated by nutrients when we eat, and it stimulates protein and lipid synthesis needed for cell growth. During fasting, TORC1 is inhibited, and this leads to upregulation of protective pathways. However, in older mice, TORC1 is persistently activated and is not inhibited by fasting. Therefore, protective pathways that are normally upregulated during fasting do not get upregulated, and this may contribute to the decline in the function of aging organ systems.

When do you anticipate finishing clinical trials and being able to offer commercially available therapies for RTIs and other diseases that resTORbio is targeting?

We anticipate finishing two Phase 3 clinical trials, which will determine if RTB101 decreases the incidence of respiratory illness in people age 65 and older, in 2020. If the Phase 3 trials are successful, we anticipate submitting a New Drug Application.

Are you optimistic that the commercial therapies that you eventually offer will have as significant an impact on RTIs as the six-week trial data showed (38% RTI reduction)?

Blagoskonny ([3], [4]) has suggested that rapamycin and rapalogs are effective anti-aging therapies today for humans as well as other animals because they arrest “quasi-programmed hypertrophy.” What are your thoughts on Blagoskonny’s theory?

I think Blagoskonny’s theory is very interesting. mTOR stimulates cell growth, and there is data that mTOR becomes hyperactive in some aging tissues. This may explain why TORC1 inhibitors have benefit in aging-related diseases.

Disclosure: I own some resTORbio shares.