This system has begun to revive animals even after substantial amounts of time have passed. 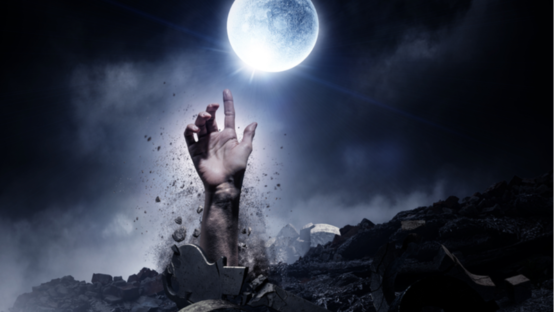 Researchers have been able to achieve substantial recovery of cellular and organismal activity in pigs that had been dead for a full hour [1].

When is it too late?

Advances in resuscitation have already moved the boundaries of life and death, making it possible to revive a person several minutes after the heart stops beating. However, bringing someone back an hour or more after a fatal ischemic injury, such as a stroke or heart attack, has been considered utterly impossible. This new study by scientists from Yale, published in Nature, shows that it may be possible after all.

Without blood supply, cells begin to deteriorate quickly. Then, if blood flow is restored, it paradoxically brings even more destruction of cellular membranes and organelles in what is known as reperfusion injury [2]. However, cells are also quite resilient and capable of regeneration. What if we could remove the shock of reperfusion injury and help the cells recover?

An attempt at full-body preservation

The scientists built a system called OrganEx, which has a lot in common with a heart-lung machine, but it reperfuses the body with a special non-coagulative hemoglobin-based solution that contains nutrients, anti-inflammatory drugs, various restorative molecules, and also some original blood from the patient: a domestic pig in this case.

Back in 2019, the same group of scientists reported restoring some cellular functions in a pig brain four hours after an ischemic injury (although no network brain activity was detected) [3]. This time, the researchers attempted a full-body preservation.

The time after the ischemic injury was reduced to one hour, which is still way above the current resuscitation threshold. The researchers did everything to eliminate the possibility of animal suffering: the pigs were anesthetized, and then heart failure was induced by ventricular fibrillation. After an hour of being effectively dead at room temperature, the pigs’ bodies were connected to OrganEx machines and reperfused with OrganEx solution. The researchers used two other groups as controls: pigs that were put on a regular extracorporeal membrane oxygenation (ECMO) machine, which uses autologous blood for reperfusion, and pigs that had their blood flow restored almost immediately after it was interrupted (the zero-hour group).

Perfusion with the ECMO system one hour after the ischemic injury resulted in very low blood flow and, accordingly, limited filling of major arteries and organs. OrganEx machines, however, were able to restore normal flow that resulted in adequate oxygenation of the whole body.

Organs in the OrganEx group also had fewer signs of hemorrhage and tissue edema (on par with the zero-hour group), which reflects reduced cellular damage. Interestingly, post-mortem stiffening (rigor mortis), which was clearly observed in the ECMO group, was absent in the OrganEx group.

The researchers ran a battery of other tests to assess various aspects of cell and tissue viability. Markers of apoptosis and all other types of cellular death were greatly reduced in the OrganEx group compared to the ECMO group, and, again, on par with the zero-hour group.

There was also an assessment of glucose uptake by several organs in order to measure their metabolism. The OrganEx group easily beat the ECMO group and, by a small margin, the zero-hour group. Histological analysis demonstrated a substantial preservation of cells and tissues as well, and electrocardiography showed the spontaneous re-emergence of QRS complexes (heartbeat patterns) during OrganEx reperfusion.

While these results are extremely impressive, they do not mean that the pigs or even single organs were “revived”. As a sobering example, the primary metric of kidney function, urine output, remained low. Moreover, just like in the 2019 experiment, no global network activity was detected in the brain. The researchers name several possible reasons, including the presence in the OrganEx solution of nerve blockers that decrease neuronal activity to make sure the pigs stay completely unconscious.

According to the researchers, this technology could revolutionize the field of organ transplantation. Today, organs often do not make it to the patients who need them: for instance, when a terminally ill person gets disconnected from life support, it might take the doctors too much time, due to technical and regulatory reasons, to extract the organs.

However, if OrganEx-like technologies will ever be perfected to the point of brain function restoration, they could also bring back to life people who died from causes that do not involve major organ damage, such as suffocation. Moreover, the success of OrganEx gives more weight to the concept of cryopreservation, which is currently severely limited by the rapid accumulation of post-mortem damage.

This study pioneers the use of a non-blood solution to remove the limits put on resuscitation by both ischemic injury and reperfusion injury. The proposed technology might be a true gamechanger in organ transplantation, if validated by subsequent research. It would be especially interesting to see whether any kind of brain activity can ultimately be restored.