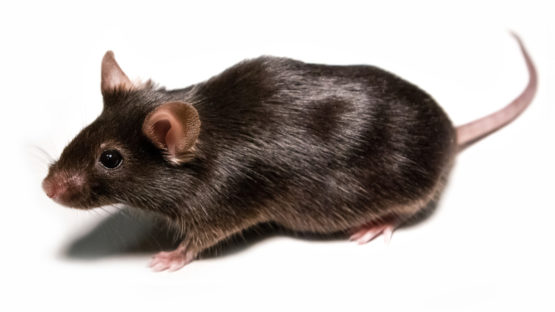 Searching for the cause of cognitive decline

Microglia are immune cells that reside in the brain and spinal cord. These cells mediate immune responses in the central nervous system and act like other macrophages, clearing cellular debris and dead neurons from nervous tissue through the process of phagocytosis (cell eating).

As we age, our microglia go into decline, and their ability to munch cellular garbage begins to fail. The researchers in this new study believed that this loss of microglial waste clearance was likely linked to the development of age-related cognitive decline and the development of various diseases, such as Alzheimer’s and Parkinson’s.

They looked at around 3,000 microglia-related genes, but they eventually discovered that only a single gene appeared to be responsible. To achieve this, they used cell cultures of mouse microglia and introduced a fluorescent latex for them to eat. Next, they used drugs to block each of the 3,000 target genes to determine which ones were influencing how well the microglia gobbled garbage.

The team also compared these same 3,000 genes and their expression in young and old animals to see if they could spot which genes significantly changed activity with age. They were expecting to see multiple genes implicated in the process; however, to their surprise, they found that just a single gene known as CD22, which is present in both mice and humans, was significantly different between young and old mice. Aged mice had triple the CD22 protein on the surfaces of their microglia as young mice had.

Now that the team had a likely culprit, the next step was to inhibit the CD22 protein with antibodies that targeted the cell-surface proteins. The antibodies were injected into one side of the hippocampi of the mice; on the other side, the researchers injected a different kind of antibody that would not react to CD22.

The researchers used fluorescent myelin to determine how well each side of the brain was clearing garbage; microglia readily consume myelin, making it the ideal way to test how well these cells were cleaning house. In just 48 hours, it was apparent that on the side of the brain where the CD22-inhibiting antibody was being used, there was considerably less myelin present compared to the other side. They also tested to see if the waste cleanup would be as effective for Alzheimer’s-related beta-amyloid and Parkinson’s-related alpha-synuclein protein debris, and, indeed, it was.

There was now little doubt that CD22 was the protein regulating garbage disposal in the microglial cells and that inhibiting its activity could help clear accumulated waste, which is associated with neurodegenerative diseases and cognitive decline,  from the brains of aged mice.

A month after continuous CD22 antibody therapy, this time on both sides of the mouse brain, the researchers observed impressive results. In learning and memory tests, the treated mice performed significantly better than untreated control mice of the same age. In other words, the brains of treated mice have seen some level of rejuvenation, making them work like younger brains again.

Microglia maintain homeostasis in the central nervous system through phagocytic clearance of protein aggregates and cellular debris. This function deteriorates during ageing and neurodegenerative disease, concomitant with cognitive decline. However, the mechanisms of impaired microglial homeostatic function and the cognitive effects of restoring this function remain unknown. We combined CRISPR–Cas9 knockout screens with RNA sequencing analysis to discover age-related genetic modifiers of microglial phagocytosis. These screens identified CD22, a canonical B cell receptor, as a negative regulator of phagocytosis that is upregulated on aged microglia. CD22 mediates the anti-phagocytic effect of α2,6-linked sialic acid, and inhibition of CD22 promotes the clearance of myelin debris, amyloid-β oligomers and α-synuclein fibrils in vivo. Long-term central nervous system delivery of an antibody that blocks CD22 function reprograms microglia towards a homeostatic transcriptional state and improves cognitive function in aged mice. These findings elucidate a mechanism of age-related microglial impairment and a strategy to restore homeostasis in the ageing brain.

CD22 is present in both mice and humans, and while this approach is still in its early days, it has potential. Improving how fast and how well our microglial cells clear accumulating waste could prove to be a viable therapeutic avenue for treating the devastating age-related neurodegenerative diseases that cause untold suffering for the elderly and their families. While it is a bit too soon to break out the champagne, there is reason for optimism here, and we will be keeping a close watch on this story as it develops further.