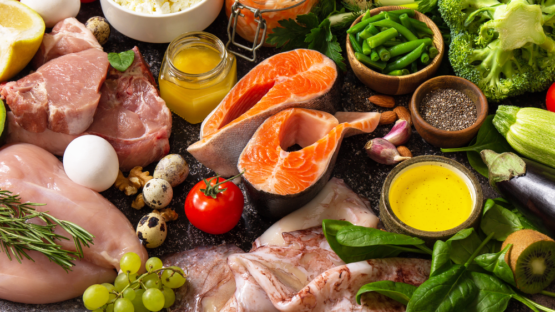 In a new study published in Nature Communications, researchers have designed guidelines for dietary amino acid consumption for optimal health [1].

Diet is an important component of a healthy lifestyle and is believed to play a major role in health status and longevity. It is also one of the most discussed topics among wellness enthusiasts, biohackers, and pretty much everyone else.

While the optimal diet is a complicated subject that is still being scientifically debated, various countries have developed official dietary guidelines. Although they differ in presentation, they all encourage increasing diversity and nutrient density in dietary choices.

Dietary guidelines also focus on reducing the consumption of added sugars and trans- and saturated fats. Meanwhile, there are no specific recommendations regarding proteins, which are viewed as a single entity despite being composed of different amino acids playing different physiological functions.

In this study, the researchers sought to explore the variability of amino acids in foods and diets. They also analyzed if the consumption of specific amino acids is associated with common age-associated chronic diseases.

First, the researchers made a total of 2,335 amino acid profiles of various foods such as eggs and pork. They show that glutamate/glutamine and asparagine/aspartate are the most abundant in human foods. On the other hand, cystine and tryptophan are the least abundant.

Interestingly, amino acid abundance variability in human foods is on par with that of fats and carbs. In addition, there is a high amino acid variability among plant- and animal-based foods. Some amino acids, such as methionine, vary greatly in different foods: they comprise 3.1% of the amino acids in eggs but only 1.3% in legumes.

They show that the amino acid signatures of these diets vary greatly. Surprisingly, even diets similar to each other, such as vegetarian and plant-based, have different amino acid profiles: a 30% difference in methionine abundance was found between these dietary patterns.

At the same time, plant-based diets are characterized by a lower abundance of lysine, histidine, and methionine compared to meat-heavy dietary patterns. Overall, the researchers show that the biggest difference across dietary patterns is not in fat or carb content but in amino acids instead.

Next, the researchers analyzed amino acid intakes of >30,000 people of diverse cultural and ethnic backgrounds based on the National Health and Nutrition Examination Survey (NHANES) 2007-2014. They supplemented self-reported data, such as protein intake, with corresponding blood metabolite measurements, such as urea nitrogen concentration.

Following a few more consistency checks, the researchers found that the amino acid intake correlated with age, but not other demographic features. They then analyzed the link between individuals’ amino acid intake profiles and the prevalence of such chronic diseases as hypertension, obesity, cancer, and diabetes.

The strongest association was shown to be between amino acid intake composition and obesity. For example, obese people were more likely to consume foods rich in methionine and poor in tryptophan. Surprisingly, the association between consumed amino acids and diseases was stronger than between diseases and carbs or fats.

Moreover, the researchers show that the prevalence of all four diseases can be predicted from an individual’s nutrient intake, particularly from the amino acid profile. Therefore, the authors use these results to suggest guidelines for an optimal diet.

The researchers used an AI-based approach to develop amino acid intake guidelines. Such a ‘perfect diet’ would have to be low in methionine and glycine, and high in phenylalanine, tryptophan, and valine. Unexpectedly, none of the existing diets considered in this study satisfied these conditions.

The ultimate outcome of this study is an AI-guided tool that can design a personalized diet based on user-defined preferences and a reference ‘optimal’ combination of amino acids.

Studies at the molecular level demonstrate that dietary amino acid intake produces substantial effects on health and disease by modulating metabolism. However, how these effects may manifest in human food consumption and dietary patterns is unknown. Here, we develop a series of algorithms to map, characterize and model the landscape of amino acid content in human food, dietary patterns, and individual consumption including relations to health status, covering over 2,000 foods, ten dietary patterns, and over 30,000 dietary profiles. We find that the type of amino acids contained in foods and human consumption is highly dynamic with variability far exceeding that of fat and carbohydrate. Some amino acids positively associate with conditions such as obesity while others contained in the same food negatively link to disease. Using linear programming and machine learning, we show that these health trade-offs can be accounted for to satisfy biochemical constraints in food and human eating patterns to construct a Pareto front in dietary practice, a means of achieving optimality in the face of trade-offs that are commonly considered in economic and evolutionary theories. Thus this study may enable the design of human protein quality intake guidelines based on a quantitative framework.

This groundbreaking study has revealed that the amino acid content of foods is an important aspect of an optimal diet. However, any causal link between the considered diseases and amino acid intake was not explored. Nevertheless, it could be insightful to use the tool developed in this study and get a personalized diet designed by AI.