The protein VEGF-1 seems to be the reason why. 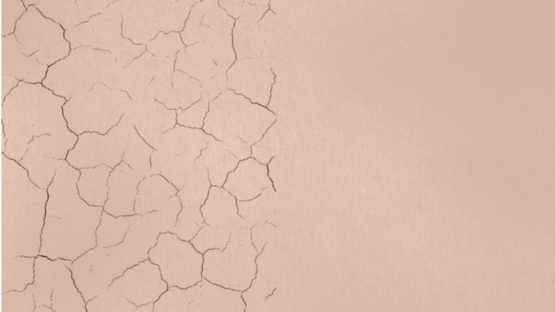 Publishing in Science, researchers have transplanted old human skin to young mice and witnessed a robust rejuvenation cascade that is probably triggered by vascular growth [1].

Our skin begins to age relatively early, and this conspicuous process gave rise to a centuries-old huge industry of skin care. Sadly, most of the hyped anti-aging skin treatments do not live up to their promises..

Several years ago, experiments in joining the cardiovascular systems of two differently aged mice (heterochronic parabiosis) demonstrated that young blood can rejuvenate various tissues in the older mouse [2]. While these results are promising, the model itself is far from ideal, as it demands physical joining of two separate organisms. In this new study, a group of researchers from Israel, inspired by heterochronic parabiosis, attempted a different realization of the same principle by transplanting aged human skin to young mice.

The most important discovery was that transplanting old skin to a young organism reverses many features of skin aging. To begin with, OiY xenografts (transplants) showed a 2.4-fold increase in epidermal thickness compared to OiO. Proliferation of keratinocytes, the primary type of epidermal cells, increased more than threefold. Comparing OiY to old controls (i.e., simply to skin in old humans) yielded similar results. Interestingly, the effects faded as the young mice aged, and a year after the transplantation, the xenografts regained their original old phenotype.

Skin rejuvenation was also confirmed at the molecular level. A sevenfold drop in the levels of β-galactosidase (β-Gal), the foremost marker of cellular senescence, was detected in OiY xenografts. Several other known markers of skin aging, such as low SIRT-1 levels, were reversed as well. The researchers registered an almost threefold increase in the expression of filaggrin, the protein that shields the outer layer of skin from environmental threats. The levels of type XVII collagen, which is known to protect epithelial cells from aging, also shot up.

OiY xenografts showed an improved ability to withstand oxidative stress: for instance, there was a marked increase in the levels of glutathione reductase, the enzyme that helps produce glutathione, a potent antioxidant. Conversely, markers of inflammation, another important cause of aging, significantly decreased.

The researchers wanted to see whether rejuvenation extended as far as the dermis, the deeper layer of human skin that contains capillaries, nerve endings, and hair follicles. They found that the balance between thin and thick collagen filaments was restored in OiY xenografts, as thick collagen bundles decline in number and diameter with aging [3]. The levels of another important protein, elastin, that also decrease with aging, rebounded as well.

Gene expression analysis revealed massive changes in OiY xenografts vs old controls, with the most upregulated genes being the ones involved in angiogenesis, especially vascular endothelial growth factor A (VEGF-A), which is known to decrease with aging.

When VEGF-A attaches to its receptor called VEGFR, it increases production of VEGF-A via a complex positive feedback loop. Since VEGF-A levels are high in young mice, the researchers suggest that murine VEGF-A, by interacting with human receptors, triggered the increase in production of human VEGF-A in OiY xenografts. This increase preceded the morphological rejuvenation.

These findings led the researchers to believe that VEGF-A-mediated angiogenesis is the key event that promotes rejuvenation of OiY xenografts. In line with this hypothesis, blocking VEGF-A with antibodies resulted in an almost complete obliteration of the rejuvenative effects.

In another interesting experiment, an injection of lipid nanoparticles loaded with VEGF-A into OiO xenografts was enough to recapitulate most of the rejuvenation events that had been observed in YiO xenografts. Finally, the researchers tested VEGF-A in an in vitro model of human skin that was detached from any environment, either human or murine. Even in those restrictive conditions, VEGF-A treatment significantly improved various aging-related parameters.

This study introduces heterochronic skin transplants as an interesting in vivo model for studying effects of young environment and of various interventions. VEGF-A, already known to be an important protein in aging processes, emerged as a factor both required and sufficient for the rejuvenation of old skin. Therefore, the upregulation of VEGF-A could be a potentially effective anti-aging therapy.