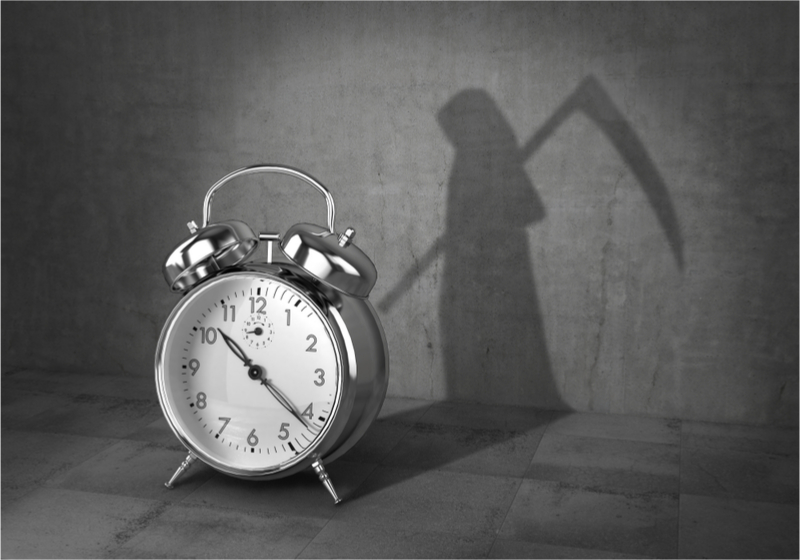 A new aging clock developed by Professor Steve Horvath and his research team takes measuring your biological age a step further and can accurately predict your future lifespan.

As we age, our DNA experiences chemical changes called DNA methylation (DNAm); these changes are used as a way to measure age and are the basis of the epigenetic clock. As we age, the methylation patterns present on our DNA change, and researchers can measure these changes to work out how old an animal or person is.

A good metaphor to describe this is rust on a car. DNA experiences chemical (methylation) changes, which can be thought of like rust. Because these changes are predictable and correlate with age, we can use the accumulation of this “rust” on certain sections of DNA to estimate, with reasonable accuracy, the age of a person or animal.

The epigenetic clock was pioneered by Steve Horvath, a Professor of Human Genetics and Biostatistics at UCLA. His research sits at the intersection of biostatistics, bioinformatics, computational biology, cancer research, genetics, epidemiology, epigenomics, machine learning, and systems biology.

The epigenetic clock is, for many researchers, considered the gold standard of aging biomarkers, as it has a good level of accuracy, although it does have its limitations. For a number of years, Steve Horvath and his team have been working on ways to refine the clock and develop new clocks for age prediction, and now they have a new way of measuring aging.

The next evolution of the epigenetic clock is called GrimAge, and it can calculate lifespan and the time you have left to live [1].

These researchers combined the epigenetic clock to measure DNAm with an estimator that predicts lifespan. The DNAm system takes measurements of methylation at 353 places on the DNA, and the estimator measures 71 locations of DNA in leukocytes, which are white blood cells that form part of our immune system. The estimator predicts lifespan after adjusting for chronological age and other risk factors. It looks at DNA sites linked to a wide range of age-related diseases and conditions to give an estimate of time-to-death due to all-cause mortality.

The researchers used a two-step approach to their prediction model. The first step was to choose a range of DNAm markers, including those associated with smoking, given that smoking is a significant risk factor of mortality and morbidity, and a selection of proteins present in blood plasma which are known to be linked to mortality or morbidity. Secondly, they regressed time-to-death on these DNAm-based surrogate biomarkers.

When taken together with the epigenetic clock data, this allowed the researchers to produce a mortality risk estimate that could be converted into an age estimate in years. They called the resulting age score “DNAm GrimAge” because, as the researchers note, high values are grim news in relation to mortality/morbidity risk.

So, why do we need a countdown to death?

All of this may sound somewhat morbid, and the name GrimAge is certainly well deserved. However, this new clock could find applications in medicine, particularly for measuring the success of interventions that target the aging processes.

Currently, the only reliable way to show that a therapy targeting an aging process actually slows or reverses aging works is to conduct lifespan studies. However, it costs significant amounts of money to, among other things, obtain, house, feed, and study mice. Lifespan studies in mice are also time-consuming, as you either need to spend even more money on obtaining already old mice, or you raise the mice from a young age, which takes more time. This investment of time and money is often too much for many research teams to cover.

Some researchers use specially engineered mice that age faster, such as progeric mice, to speed up research time and reduce costs. However, such mice do not experience aging in the same way that normal mice do, and it is questionable if what is learned from them is largely relevant to regular physiological aging.

That is not to say such mice are useless in aging research, as they can serve as an early indicator that a therapy against aging might be effective, so in this respect, they can be good “pathfinders” to provide initial data prior to testing normal mice.

Conducting lifespan studies in humans, of course, is completely impractical and really defeats the point of therapies that target the aging processes in order to prevent age-related diseases.

Accurate aging biomarkers such as GrimAge could help researchers determine the success of an anti-aging therapy without the need to conduct lengthy lifespan studies. It could also allow researchers to test approaches that they can currently not afford to study.

It could also be helpful in identifying useless approaches or those with poor impact, allowing researchers to cease their development and focus on the things that are useful. Certainly, in the case of the supplement market, it could help separate the wheat from the chaff and put the snake oil salesmen out of business.

GrimAge is a solid step towards a comprehensive panel of aging biomarkers that, taken together, could help validate the therapies being developed currently to combat age-related diseases. Steve Horvath and his team continue to develop biomarkers, and we look forward to seeing their future work.