Meat Consumption Increases Risk of Some Types of Cancer

The researchers controlled for the major confounding variables. 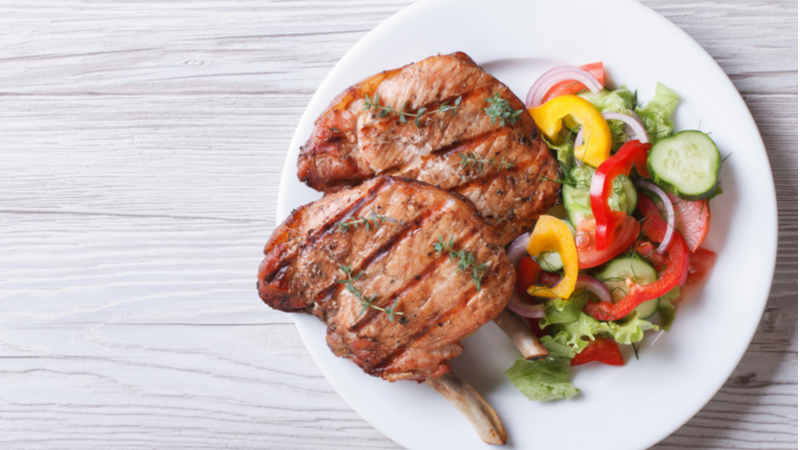 In a new population study, scientists have found more evidence that consuming a lot of meat might not be a good idea, though the association between meat and cancer depends on multiple factors [1].

Given that lifestyle changes may be the only anti-aging intervention available today, it is important to elucidate the effects that diets have on health. Unfortunately, this is made harder by the variability of dietary habits and numerous other confounding factors. Because it is relatively costly (but possible) to conduct a proper clinical trial of a diet, researchers often make do with  data drawn from larger projects. Thankfully, the information in such databases has become more and more abundant.

UK Biobank is a huge repository of various health data gathered over several years from almost half a million people between the ages of 40 and 70. This data bank is a treasure trove for geroscientists, and it has been featured in our articles more than once. This time, a group of researchers used UK Biobank to find correlations between diet and cancer.

The study encompassed all 472,377 UK Biobank participants who were free from cancer at recruitment. The participants were categorized as regular meat-eaters (52.4%), low meat eaters (43.5%), fish-eaters (2.3%), and vegetarians (almost 2%). The vegetarian group also included 446 vegans, and the average follow-up period was 11.4?years. The researchers assessed the relationship between those dietary habits and the risk of all types of cancer, colorectal cancer, postmenopausal breast cancer, and prostate cancer.

We already know that some connection between diet and cancer exists: due to a growing body of evidence, WHO now considers processed meat to be a proven carcinogen and red meat to be a likely one. A recent study has also found direct evidence in the form of a genetic mutational signature of red meat in colorectal tumors [2].

Compared with regular meat-eaters, being a low meat-eater, fish-eater, or vegetarian were all associated with a slight reduction of overall cancer risk (2%, 10%, and 14%, respectively), but this association was even stronger for smokers and statistically insignificant for non-smokers.

In another interesting finding, vegetarian postmenopausal women had a 12% lower risk of breast cancer, but the relationship stopped being statistically significant after accounting for BMI. For other cancers, the effect of BMI was minuscule.

Another drastic effect was recoded in men: being a fish-eater or a vegetarian was associated with a 20% and 31% lower risk of prostate cancer, respectively.

Still, it is virtually impossible to account for all possible factors, and the researchers list many caveats. For instance, they admit that they were unable to adjust for total energy intake because no such question was asked at recruitment. Given how potent caloric restriction has been proven in mitigating health risks, this overlooked factor might be an important one.

As in some other similar studies, no distinction was made between vegetarians and vegans, although this could be relevant as well: evidence exists that a higher intake of dairy products may increase the risk of prostate cancer [5].

Finally, not all meats are the same: other recent studies have shown that red meat, especially processed meat, is significantly less healthy than poultry.

As in many other population studies, this one answers some questions but also raises new ones. Among the notable takeaways is that there are too few vegetarians, especially vegans, in the population for a robust analysis, even when using such humongous databases as UK Biobank. Still, the study seems to confirm at least one previously established association: consuming a lot of meat appears to be harmful in the long run.

VitaDAO Hosts Fifth IP-NFT Ceremony: Molecule and ApoptoSENS
0 Comments
Three years ago, the concept of a video conference in which participants pass pieces of intellectual property to each other via digital tokens seemed improbable. In […]
Posted in: News
Tags: NFTs, VitaDAO

Coffee Is Associated with Better Cardiovascular Health
0 Comments
Drawing on data from UK Biobank, scientists have once again confirmed the association between coffee and better health outcomes, with ground coffee emerging as the healthiest type [1]. Bad rap no more Coffee was once considered rather unhealthy. […]
Posted in: Diet, News
Tags: Cardiovascular Disease, Coffee

Rejuvenation Roundup September 2022
0 Comments
The spooky season is upon us again, so if you haven’t seen it yet, join us for a video on deadly but real zombies – and take a look at the most advanced research […]
Posted in: News
Tags: Rejuvenation Roundup

Methuselah’s Zoo, a Look at Animal Longevity
0 Comments
To understand human longevity, we need to put it into perspective. Are we relatively long-lived or short-lived creatures? After all, among all the plants and animals in nature, we find a vast […]
Posted in: News
Tags: Animals, Book, Naked Mole Rats
Stay Connected