This DAO and its founder are largely focused on the human condition. 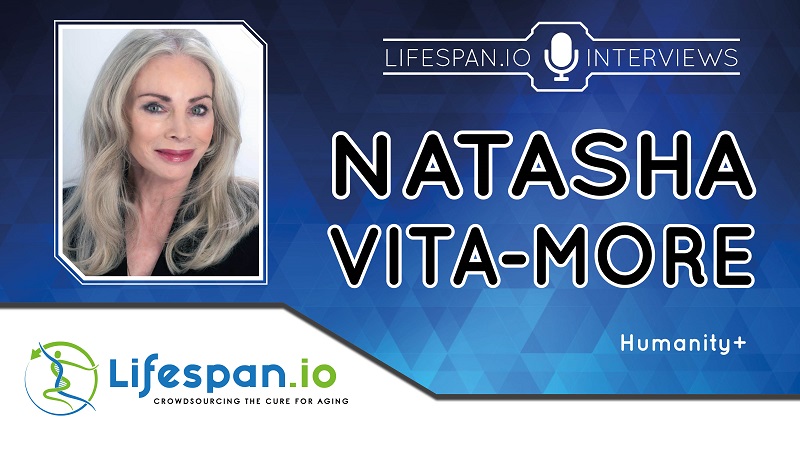 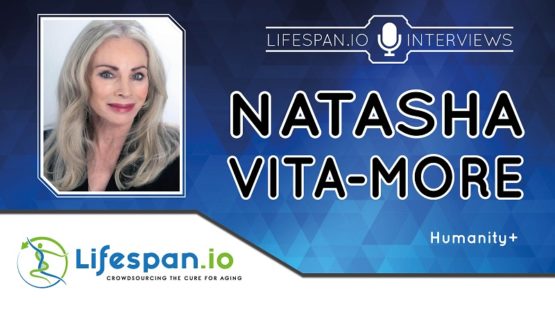 “Transhumanism is a philosophy, worldview, and a movement,” Dr. Natasha Vita-More states in the book “Transhumanism: What is it?” Essentially, it’s the idea of being able to move beyond being human, and finding solutions to living longer, healthier lives.

Natasha is an Executive Director of Humanity+, a non-profit educational organization, and the founder of H+ DAO, a newly-formed DAO dedicated to funding transhumanism projects.

Natasha holds a Ph.D. from the University of Plymouth. As a long-term figure in the transhumanist movement, she spends much of her time speaking and lecturing around the world. Her areas of expertise include topics such as trans-humanity and human evolution, artificial intelligence, and what it means to be human in an AI-driven world.

Hi, Natasha, could you tell us more about yourself and your work to date?

I have a unique background. I’ve been in several different fields, but to put it simply, my background is pretty much in the visual components of design architecture and innovation in scientific research. I have two master’s degrees, one in future studies. I’m a futurist. The other is in the philosophy of technology and communications.

My doctorate is in emerging technologies of life expansion, meaning I focused on different vehicles for taking personal identity across various substrates, such as extending life in the biological sphere and uploading, or a whole brain emulation integrating into computational systems.

That’s fantastic, so how did you decide to move in the direction of DAOs and blockchain technology?

I became interested in the early 1990s because of my good friend and colleague, Ralph Merkle. This was at a time when the world wide web was just starting to take off and many of my peers were involved in AI and programming.

At the same time, I’m deeply interested in economics. Have you read “After Collapse” by Max Borders? He’s talking about how we need a new economic structure that seeks to go beyond where the current status has been and what historical status has been, for example, blockchain.

The third reason is so many people are talking about it and, as a futurist, I like to be on the cutting edge, and I thought, wait a minute, I better stop here and pause for a moment and think about what’s out there.

You’re deeply involved in Humanity+; what’s the connection between that organization and H+ DAO?

It’s long-lasting and has brought together many people from diverse backgrounds in looking at the future of AI, nanotechnology, longevity, and encryption. The main core thing of the Humanity+ organization and the H+ DAO, even though they’re two separate entities, is that the H+ DAO is the core values and ideas.

For example, the initial idea of forming Humanity+ as a non-profit, was, and continues to be, to research emerging technologies in sciences that are advancing society and to study the general human condition. Most people will say, well, what do you mean by the human condition?

What I mean by the human condition and Humanity+ is referring to the behaviors, the characteristics, and events that compose or comprise human existence from birth to growth, to emotions, to our intellect or intelligence, the conflicts that we face are in morality and the ability to overcome odds.

One of the strongest elements of the human condition is our ability to overcome the odds even though we still have the animal brain, which is fight or flight mode. It’s this incredible struggle psychologically within the human condition that we haven’t been able to overcome yet. Humanity+ looks at this, researches, and studies it. The H+ DAO respects that and applies those principles while ways to solve problems that are also fundamental.

Why was the specific format of a DAO chosen?

There are so many different types; however, they’re not futuristic. I wanted to have a DAO that represented the future of corporations through the lens of transhumanism, reaching those goals and looking at better or more human ways of funding projects that could bring this about that could help address some of the issues within the human condition: intelligence, conflicts, morality, equity, the environment. All those things that we have to coexist with.

Are there any challenges with the DAO format?

I think the core element I was deeply concerned about was bringing all these elements together. One really must put on a thinking cap and go back to school and study.

We need to study what it means by decentralized autonomous corporations or organizations, what it means by blockchain, encryption, exchange bureaus, what’s happening with Bitcoin, tokens, the legality of DAOs, and governance? All of that.

What are smart contracts? How do you set up your governance, and how do you deliver tokens? On what basis does someone purchase a token? My concern with the DAO is that if someone comes in and purchases a thousand tokens, and other people may have one or two or ten tokens because it’s democratized, whoever has the most tokens in voting on were to finance a project, for example, it’s kind of like the majority rules.

What we’re doing with the H+ DAO is something slightly different. We’re looking at a new way of having members who have tokens, they purchase their tokens through usefulness.

This is just a stand-in term, “usefulness.” It wouldn’t be based on how many master’s degrees you have, or if you have a Ph.D., not based on your academic standing, but based on your level of humanity.

Your contributions to your family, to your friends, to governance, to society, what are you doing that is useful? For example, if you run a kindergarten and you help one child, that’s greater than someone who’s a Ph.D. that doesn’t care about their students.

It’s like a reward structure. It’s similar to reputation analysis, but not the same. Core meaningfulness of a person’s contributions to, let’s say transhumanism, for example. That would be part of the governance.

We’re working on that, and I find that exciting, and I think it’ll be different than just purchasing tokens and having authority in the voting of where funding is distributed to the projects.

Tell us a bit more about the team, you mentioned diversity is a big part of that?

Our team includes many of the Board of Directors of Humanity+, We have two experts in AI, an attorney, a designer, and someone who’s very involved in space, tourism space, travel space, and investment.

We have a diverse team, none of us share the same political views, which is great, but we all share a core fundamental moral belief—a concern about humanity. We realize that the human condition is not in a good place, and think what can we do to improve it? That is the core driving force.

Our debates are rich, and we learn how to compromise through negotiation and strategic thinking. We have different views, but let’s focus on our fundamental core values and move from there.

It’s a case of “leave your ego outside the room, come in, and think strategically about where there is a need and how it can be filled.”

Our focus with H+ DAO is to fund money for valuable projects. Often, well-known industry names are the ones who get the funding, so we want to fill the gap and invest money in innovative transhumanist projects that otherwise would struggle to get off the ground.

What are these projects that H+ DAO is looking to invest in?

Let me quickly link to a summary of my proposal. Recently, we were awarded $40,000 to get the DAO off the ground. The core mission of H+DAO will be to create, launch, and market project-specific DAOs associated with transhumanism, AI, and blockchain.

There are a couple of projects that are really within reach. Great ones. There’s a project in Africa. It’s about coding education for coding, and it’s called DigiTruck. It’s a mobile ICT classroom that brings skills and education to remote communities in Africa. It also helps with issues such as access to electricity and connectivity issues for isolated communities.

Then there’s Salad, a project about a computer-sharing network where people share resources for rewards, and it involves Web3 technology. And then there’s OpenBCI, which is all about open-source tools for biosensing and next-gen biometrics.

There are lots of projects out there that I think we can support. I even have a few projects I’d like to propose based on my previous research.

That all sounds great. What are the next steps for H+ moving forward?

My plan of action is to get the governance, the legal aspect, the tokens, all of that created for the H+ DAO. The governance we’re clear on, we just need to build the AI for “usefulness.” I believe that if we have some ideas out there, that would be great too.

Someone asked me recently why they should fund longevity or AI when there’s global warming, war, poverty, and everything else going on. I said to them this has nothing to do with the world, it has everything to do with governance.

For example, take a certain country where it’s a very wealthy country but due to the hegemony of dictators, they are not giving their populace food. The shocking thing was when I visited this country, I saw cables going up and down at ground level so people could get electricity.

Often, in impoverished areas like this, it’s because of those in control, and because of governance. I think the environment of blockchain, the people who are building DAOs, it’s a smart way to tackle problems because it could change how economics is done, and I think that’s beneficial.