Getting Proteins Right to Live Longer

The accuracy of protein synthesis appears to be a critical part of lifespan in model organisms. 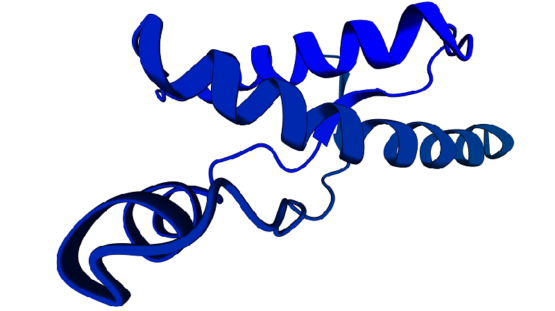 Changing a single amino acid in a single protein boosts the fidelity of protein synthesis, and that is enough to increase lifespan in a variety of organisms, according to new research [1].

The loss of proteostasis is one of the hallmarks of aging. However, much of the research on the topic has focused on areas such as degradation, with less attention having been given to how differences in protein synthesis could affect aging. This is particularly striking because DNA mutations have gotten a lot of attention despite being several orders of magnitude less common than errors in proteins.

The translation of DNA into proteins (via mRNA) is a complex, highly orchestrated process involving a panoply of molecular players. Mutations in ribosomal proteins involved in the process have been shown to affect the fidelity of translation, and there’s even some evidence that they affect lifespan, though most of the work has been done in single-celled organisms. Prompted by this, an international team of researchers decided to investigate the consequences of a similar mutation in multicellular creatures.

The team focused on the ribosomal protein RPS23 because of its role in proofreading during protein synthesis. Examining the RSP23 sequence in a wide range of organisms revealed that the 60th amino acid in the protein was nearly entirely conserved throughout evolution, in organisms from archaea to eukaryotes. The only exceptions were in archaea that live in extremely hot environments, where the amino acid had switched from a lysine to an arginine. Given that such extreme environments can lead to errors in protein synthesis and folding, it seemed reasonable to hypothesize that the lysine-to-arginine switch might improve the accuracy of the process.

Correction at a cost

The team tested this idea by inducing the same mutation in model animals, such as fruit flies, yeast, and nematodes. They found that the mutation increased protein translation accuracy and, intriguingly, that it prevented the increase in translation errors normally seen with age. It also made the test animals more resistant to heat stress and increased their lifespan.

These findings prompted an obvious question: if this change is so beneficial, why is it confined to one group of organisms instead of being spread throughout the tree of life? The researchers hypothesized that the benefits were offset by negative trade-offs. Consistent with this, they found that the mutant yeast colonies were smaller than their wild-type counterparts. Likewise, the mutant nematodes and fruit flies developed more slowly than wild types, and behavioral measurements in nematodes showed that the mutation decreased size-related behaviors but not other behaviors. In other words, the increase in accuracy comes at the cost of decreased or delayed growth and reproduction. In extreme conditions, the boost in accuracy is worth it, but in other contexts, the slower, more accurate mutants would lose out to their faster-breeding lysine-carrying kin.

Finally, the team tested whether longevity drugs such as rapamycin might act by increasing translation fidelity. They found that pharmacological interventions like rapamycin do reduce translation errors, but rapamycin nevertheless increased the lifespan of the mutant organisms. This suggests that increased translation fidelity is only part of the anti-aging activity of rapamycin, and it also demonstrates that drug treatments that improve translation accuracy can increase lifespan, holding out hope that these findings could be used as the basis for developing novel longevity therapeutics.

Loss of proteostasis is a fundamental process driving aging. Proteostasis is affected by the accuracy of translation, yet the physiological consequence of having fewer protein synthesis errors during multi-cellular organismal aging is poorly understood. Our phylogenetic analysis of RPS23, a key protein in the ribosomal decoding center, uncovered a lysine residue almost universally conserved across all domains of life, which is replaced by an arginine in a small number of hyperthermophilic archaea. When introduced into eukaryotic RPS23 homologs, this mutation leads to accurate translation, as well as heat shock resistance and longer life, in yeast, worms, and flies. Furthermore, we show that anti-aging drugs such as rapamycin, Torin1, and trametinib reduce translation errors, and that rapamycin extends further organismal longevity in RPS23 hyperaccuracy mutants. This implies a unified mode of action for diverse pharmacological anti-aging therapies. These findings pave the way for identifying novel translation accuracy interventions to improve aging..

This is an elegant and intriguing study. It’s particularly interesting to see that tweaking protein translation can significantly affect lifespan in multicellular organisms given the recent claim that the evolution of the hallmarks suggests that efforts should focus on the “metacellular hallmarks”. This work demonstrates that addressing the simpler mechanisms can help, and it highlights the value of focusing on ways to improve protein translation accuracy and fidelity.