The bacteria that fill the void left in the gut can make a significant difference. 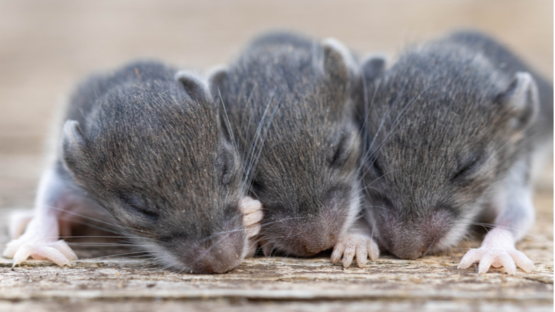 A study published in Cell Reports has shown that early-life exposure to antibiotics that destroy the gut flora can harm the lifelong development of mice, including lifespan. 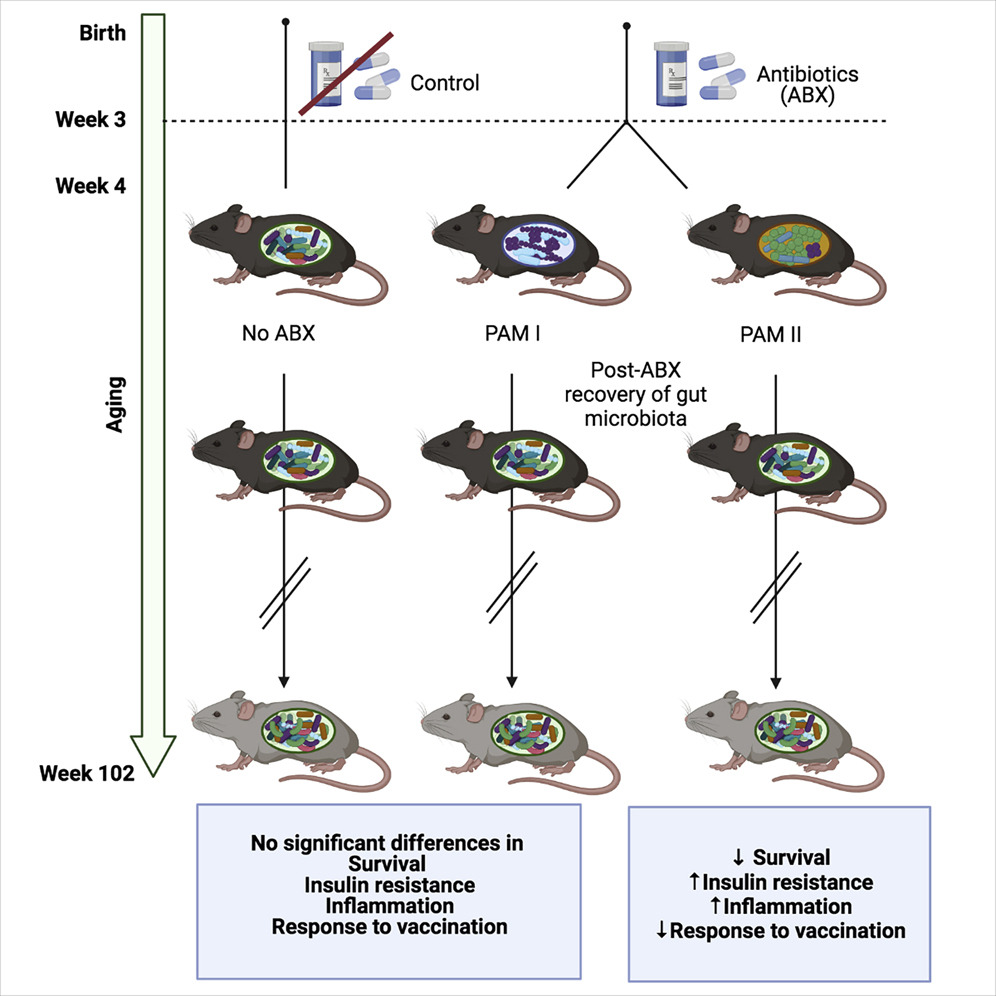 To begin the study, the researchers fed 20 baby mice, as well as their mothers, amoxicillin and neomycin, and they established a control group of 20 baby mice that were fed normally.

The researchers then equally subdivided the antibiotic-exposed mice into groups based on how their intestines were recolonized. The first group, PAM I, was largely recolonized by Erysipelotrichaceae and Enterococcaceae bacteria. On the other hand, PAM II was recolonized by Lachnospiraceae bacteria, such as Blautia and Coprococcus.

Many critical aspects of metabolism were unaffected by this experiment, such as body weight and body fat percentage. Glucose tolerance increased with age among all three groups, but there was no significant difference between them. There was also no difference in 5-HT, a compound that has been found in prior research to regulate glucose in a microbially mediated manner [1]. Because the mice had similar gut flora in later life, gut inflammation at older ages was also not affected.

These null results highlight the statistically significant results. Insulin resistance was dramatically impeded in PAM II mice, which the researchers explain is likely due to an observed increase of the inflammatory cytokine IL-1ß. PAM I mice enjoyed a statistically insignificant increase in survival over the control group, but more than half of the PAM II mice did not survive for two years.

The PAM II mice also significantly suffered from brain aging at an increased rate compared to the other groups. Microglia are the chaperone cells of the brain, and microglia containing IBA1, a known marker of inflammaging, were increased in PAM II mice.

Metabolism was affected, as was the immune response and inflammation. Both PAM I and PAM II mice had increased signaling in the mTORC1 pathway, which is known to affect lifespan.

Vaccination was also affected: the three groups were given a flu vaccine at 84 weeks, and influenza-specific immunoglobulin G was significantly decreased in PAM II mice. As was expected, aged mice in all three groups did not respond to vaccines nearly as well as young mice.

The researchers explain many of these findings as being linked to a ‘weaning reaction’, which occurs in mice at approximately three weeks. This is when the immune system of mice strongly reacts to the bacteria in their guts, and the researchers hypothesize that this reaction biochemically teaches their immune systems how to behave for the rest of their lives. Under this hypothesis, this permanent imprint combines with the other effects of aging to produce the different results seen in these groups of mice.

While the immune systems and gut flora of mice and people do have differences, the idea that early-life exposure to different influences affects lifelong development, including susceptibility to different aspects of aging, is not strange or controversial. Analyzing and altering the microbiota of young children in order to protect them from later-life problems may become an accepted part of pediatric practice.

However, even more ideally, it would be possible to one day develop therapies that affect these early-life influences more directly, reprogramming the body’s various systems to behave in a more pro-longevity way.