A Plant-Based Diet Is Correlated With a Less Leaky Gut

The protein zonulin appears to be a key factor. 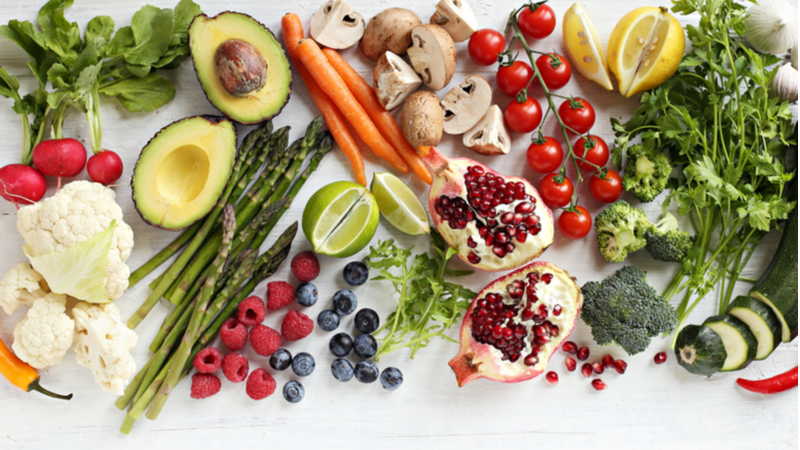 The MaPLE trial in Italy investigated whether or not increasing fruits and vegetables decreases leaky gut syndrome [1].

This randomized, controlled trial included eight weeks of eating three portions of polyphenol-rich foods daily, which was followed by eight weeks of being back on a regular diet in a long-term care center. There was an eight-week break between each diet.

The gut microbiota results were determined by analyzing stool samples. They also collected anthropometric data, blood pressure, and measures of functional, metabolic, inflammation, vascular, and oxidative stress markers, and they used specialized software to analyze three food records per day per person. They estimated the polyphenol content of each food as well using the Phenol Explorer database.

This study showed reduced blood pressure in both men and women following an 8-week polyphenol-rich diet. This diet contained approximately 579 more milligrams of polyphenols in a day than the regular control diet [5]. Polyphenol-rich foods, such as cocoa, green tea and berries, led to significant reductions in zonulin.

This research also explains the secondary outcomes of the initial cohort. The polyphenol-rich diet was significantly lower in animal and plant protein, total fat, monounsaturated fatty acids, polyunsaturated fatty acids, total omega-6 fatty acid, calcium, and iron than the control diet. Stool bacterial communities did not vary in comparison between the diets.

Using a liquid chromatography technique, the researchers determined that seven of the metabolites were significantly increased while three metabolites significantly decreased. The increased metabolites included catechol sulfate, hippuric acid, and 2-methyl pyrogallol sulfate, which are markers of polyphenols being digested in the stomach that then undergo additional metabolism in the liver [6,7,8]. The metabolites 3-methylxanthine, 7-methylxanthine, theobromine, and HPPA-S were also increased after the 8-week polyphenol-rich diet. Lower levels of the metabolic product deoxycarnitine were correlated with a less leaky gut [9], and the researchers reported lower amounts of deoxycarnitine after the polyphenol-rich diet ended.

A heatmap showed the significant correlations. Serum zonulin and serum metabolites were significantly altered by the polyphenol-rich diet interventions and many of the nutrients that the researchers measured.

The researchers also investigated correlations between serum metabolome and gut microbiota. Notably, theobromine, a compound found primarily in cocoa, showed the most statistically significant correlations. In prior research, theobromine has been associated with beneficial gut bacteria that converts plant ligins to the compound enterolactone [10].

In summary, this multi-omics study shows that age, the baseline level of zonulin, and changes in the abundance of the bacteria porphyromonadaceae are primarily responsible for the total level of zolunin.

The major limitation of this study is that it does not prove a causal relationship between a polyphenol-rich diet, zolunin, and leaky gut. There are likely other food components present in this diet that may oppose or promote each other’s effects.

Other polyphenols have been associated with higher expression of tight gut proteins in the stomach, so increasing polyphenol rich-foods in diet may help leaky gut syndrome. Often, diet recommendations may include an anti-inflammatory diet, which includes foods that increase positive gut bacteria and excludes foods that cause bloating, constipation and diarrhea. Leaky gut may also be triggered by lifestyle factors, such as alcohol interacting with tight gut junction proteins [11,12]. There is currently no clear dietary treatment for leaky gut, so evidence-based research is needed to develop a personalized approach.

Lifespan News – Vitamin B, Omega-3, and Cognitive Health
0 Comments
This episode on Lifespan News is on a new study detailing how Vitamin B and omega-3 fatty acids work together to improve brain health. Script Researchers publishing in the European […]
Posted in: Lifespan News, News
Tags: Lifespan News
Stay Connected