This combination of molecular biology techniques is increasing the pace of research. 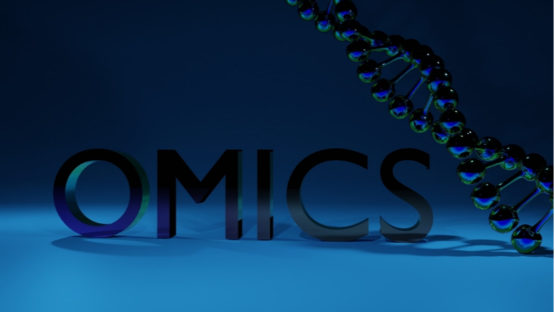 The latest research in Aging Cell has brought to light new insights into the biology of aging and associated therapeutic candidates.

“-omics” refers to branches of molecular biology that attempt to characterize and/or quantify their components in totality, often using recently developed big data technologies. For example, genetics is the study of individual genes, while genomics is the study of the entire genome. As there are at least 19,000 human genes (if we are only counting the protein-coding ones), genomics requires entirely different strategies than genetics.

Additional -omics also exist, such as epigenomics, microbiomics, and metabolomics. Multi-omics then, is the combination of two or more of these techniques and can be a very powerful tool to study the biology of aging.

While our genome, transcriptome, and proteome don’t determine everything about us, they make up a significant portion of who we are, including how we age. Recent technological advancements in how scientists can analyze different -omics (sometimes referred to as the genomic revolution) has created a unique opportunity for studying aging and longevity. By studying long-lived individuals and their children, researchers have already identified a number of genes potentially involved in aging, such as the APOE loci [1,2].

However, as the genomic revolution steams ahead, new technologies, analysis techniques, and human datasets to draw from continue to become available. One such analysis technique, Mendelian randomization, allows for the identification of causal relationships while being less susceptible to many of the biases and errors that are common in other techniques [3]. Using Mendelian randomization, the UK Biobank and LifeGen consortium, and a multi-omics approach, researchers at the Université Laval in Quebec have uncovered previously unknown and potentially causal players in aging [4].

Haptoglobin is associated with parental longevity throughout the protein synthesis process

The multi-omics approach was able to identify many proteins that were significantly associated with parental lifespan in the genome-wide, transcriptome-wide, or proteome-wide analyses. However, only one protein, haptoglobin (Hp), showed significant association in all three.

Hp is one of the most abundant proteins in human plasma, regulates hemoglobin and cholesterol levels, and is expressed primarily in the liver. While this analysis shows several potential mechanisms for how Hp may be linked to lifespan, further investigation is needed to determine if it could be a potential anti-aging therapeutic target.

Various proteins that are well-known to contribute to clogged arteries and cardiovascular disease were associated with parental lifespans (SORT1, APOB, LRP8, and CCDC71L). Additionally, potential new treatment pathways for lowering bad cholesterols were identified, such as targeting PCSK9 and LPA.

Similarly, the study turned up many smoking-associated genes, such as cholinergic receptor nicotinic 2, 3/5, and 4 (CHRNA2/3/4/5), and their search for potential drug targets for aging-associated diseases identified many smoking cessation therapies. These results bolster the already strong evidence for the importance of cholesterol levels and smoking behaviors on lifespan.

Do these findings align with the archetypal longevity pathways?

Comparing their findings to the mechanisms of aging that have been identified through model organisms (i.e. mTOR, autophagy, cellular senescence, etc.), only chronic inflammation was also associated with parental lifespan in this study. In particular, this included the IL6R and ICAM5 loci. Further analysis also suggested that targeting these pathways may provide cardiovascular benefits.

The study also identified a previously unknown interaction between RAD52 and WRN. WRN is the major gene involved in Werner progeria (an accelerated aging disease). This connection may have implications both for aging research and Werner syndrome patients, warranting further study.

The lack of representation of other pathways that are stereotypical parts of geroscience is concerning for the prospects of their translation from model organisms into humans. However, this finding is far from a definitive conclusion that drugs utilizing these pathways are doomed to fail.

In conclusion, our study identified new genetically regulated genes across 43 tissues, as well as genetically regulated circulating proteins and metabolites that could potentially regulate human lifespan. Many of these genetic determinants of parental lifespan represent potential therapeutic targets for aging-associated diseases. Our study also underscores the importance of global population health measures such as adopting stricter tobacco control measures as well as the globalization of interventions targeting all apolipoprotein-B-containing particles to prevent the onset of diseases of the cardiovascular system and possibly promote longevity.

Another page in the genomic revolution

While the depth of this study cannot be captured in a brief summary, several other genes were newly identified. These include SVEP1 (which was previously correlated with longevity in the Framingham Heart Study), NEK10, HTT (in skeletal muscle), NRG1, and BECN1. Additional circulating proteins that may be causally associated with parental lifespan included ASPN, ASIP, IGF2R, PLXNB2, and ENPP7.

As always, these findings must be considered in the context of several study limitations. Notably, the main outcome investigated was parental lifespan. Looking at the lifespan of the study participants’ parents rather than their own was a necessary limitation for this dataset, as many of the participants are still alive.

However, it also introduced limitations such as selection bias (for example, only individuals who had children could be enrolled), the different environments that parents and children were exposed to, and self-reporting errors (i.e. if a participant misremembered the age of their parents at death). Additionally, more technical issues, such as spurious gene prioritization and horizontal pleiotropy, may also have resulted in erroneous findings, although much care was taken to avoid these issues.

Ultimately, as the authors note, only prospective randomized clinical trials can definitively determine if an intervention extends lifespan in humans. Fortunately, this study provides a number of new candidate genes and circulating proteins as potential therapeutic targets that may someday face that challenge.