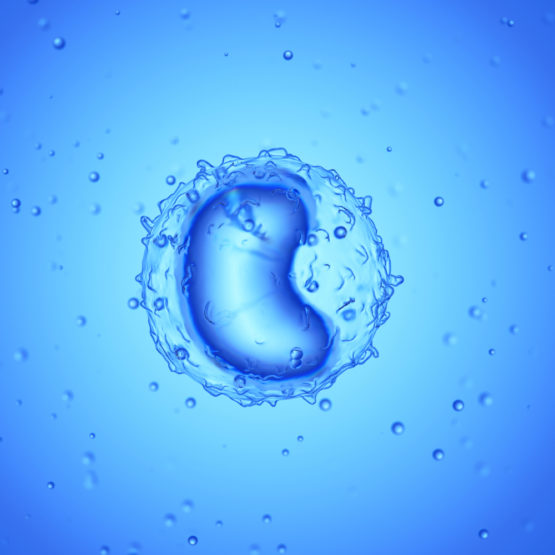 Scientists from the A*STAR Singapore Immunology Network have discovered that immune cells called nonclassical monocytes undergo cellular senescence, contradicting what was previously thought of them [1].

Monocytes are immune cells that can differentiate into macrophages and are involved in the process of adaptive immunity. There are three known types of monocytes: classical, intermediate, and nonclassical. The nonclassical ones are the most pro-inflammatory even though they express high levels of miR-146a, a micro-RNA that is known to limit inflammatory responses. This apparent contradiction is what led the authors of this study to discover if there is more to miR-146a than meets the eye.

In modest amounts, senescent cells have beneficial roles; however, they tend to accumulate as we age, which results in a constant, low-grade inflammation as well as a higher susceptibility to a range of age-related diseases, cancer included, in the elderly.

In the first part of their research, the scientists studied monocytes in vitro, looking for typical signs of cellular senescence. Specifically, they focused on Ki67 expression and telomere length. Ki67 is a protein that is expressed only by proliferating cells, and among the three types of monocytes, nonclassical ones had the least expression of this protein as well as the shortest telomere length, which suggested that nonclassical monocytes are the least proliferative ones as well as the most senescent.

Both in vitro and in vivo from a set of healthy human volunteers, nonclassical monocytes also exhibited the SASP along with an abundance of NF-κB, which is a transcription factor for many pro-inflammatory cytokines, and membrane-bound IL-1α, which regulates NF-κB.

After ascertaining the typical signs of senescence in nonclassical monocytes, the scientists moved on to determining whether elderly patients display an accumulation of these cells compared to younger people. They collected samples from 30 healthy volunteers between the ages of 22 and 35 years and 30 healthy elderly people aged 55 and older. While there was no significant difference in the total percentage of any of the three monocyte types between the two groups, the researchers found out that the elderly had a higher monocyte count per volume of blood, especially nonclassical monocytes. Accordingly, the level of inflammatory cytokines in the blood of the elderly was significantly higher. This led the scientists to conclude that senescent monocytes do indeed accumulate in the blood of the elderly and may well contribute to inflammaging, which is the chronic, low-grade inflammation that is typical among older people.

There is already plentiful evidence of the deep involvement of cellular senescence in the development of age-related pathologies, and this study reinforces it even further. Therefore, treatments that target senescent cells might be a winning strategy against aging.