This protein is associated with inflammaging. 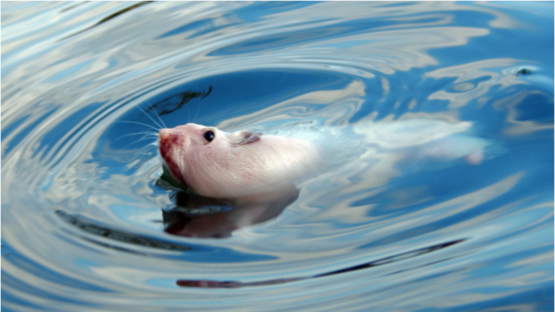 In a new study, genetic deletion of the TLR4 receptor ameliorated aspects of age-related cognitive decline in naturally aging mice, probably due to decreased inflammation [1].

Taking a toll as we age

Toll-like receptor 4 (TLR4) is a member of an ancient, highly evolutionary conserved family of proteins expressed mostly by the cells of the innate immune system. TLRs’ main function is to recognize the “molecular fingerprints” of many species of bacteria and some viruses. When this happens, TLRs initiate the inflammatory response needed to fight off the infection.

Unfortunately, the immune system gets dysregulated with age, and this process is known as immunosenescence. One of its hallmarks is excessive inflammation, which is manifested both as chronic low-grade inflammation (inflammaging) and acute immune overreaction, such as the deadly cytokine storm in COVID-19 patients. Higher levels of TLR4 have actually been linked to more severe COVID-19 [2].

Other research shows that TLR4-deficient mice are protected from aging-related adipose tissue inflammation, which is thought to be a major cause of inflammaging [3]. TLR4 knockout also improves survival and cardiac function in a murine model of sepsis [4].

This ambivalent behavior might be explained by the antagonistic pleiotropy theory of aging, which postulates that the same biological mechanisms can be mostly beneficial for us when we are young and become deleterious past our reproductive age, in which case it is not weeded out by evolutionary pressure. Simply saying, nature doesn’t really care what happens to us after we stop reproducing.

Since inflammation is a major factor in age-related neurodegeneration and cognitive decline, in this new study, the scientists investigated the effect of TLR4 knockout on the cognitive function of naturally aging mice. The researchers ran an array of cognitive tests on these mice three times: at 4, 8, and 16 months of age.

One of the tests, Morris’ water maze, is used to test both learning ability and memory. In the orientation navigation part of the test, which tests learning ability, little difference was observed between any 4-month-old and 8-month-old mice. Between the age of 8 and 16 months (the latter corresponding to about 50 human years), the situation changed: while aged controls fared significantly worse than their younger counterparts, the learning abilities of aged TLR4-deficient mice were largely preserved.

The second part, the probe test, mainly tests memory. One of the parameters, platform cross frequency, similarly showed little difference between any 4-month-old and 8-month-old mice, and there was a significant drop in 16-month-old controls that was largely ameliorated in TLR4-deficient 16-month-olds. The second parameter, time spent in the target quadrant, showed a more interesting pattern: while in the control group, performance did not change with age, in the study group, mice at 16 months performed much better than at a younger age. That said, some 16-month-old TLR4-deficient mice did not swim but rather just floated on water, which helped them stay in the target quadrant longer, thus improving their result.

Using a different test, the researchers confirmed that the mice’s motor abilities were unaffected, making it a behavioral choice. Could it be that TLR4 deficiency made the mice wiser and less inclined towards unnecessary actions?

Since age-related cognitive decline often leads to elevated anxiety, the researchers performed a test called elevated plus maze, which is used to screen candidate anti-anxiety drugs. In this test, the mice can choose whether to spend time in enclosures on in the open parts of the maze located high above ground. More anxious animals prefer the safety of the enclosures. Time spent in the open declined with age, but the decline was significantly ameliorated in TLR4-deficient mice.

TLR4 knockout also had structural effects. Hippocampal synaptic spine density, a major memory-related parameter, fell drastically in the controls between 8 and 16 months, but it remained almost unchanged in the TLR4-deficient mice. The levels of several proteins related to memory function, such as synaptophysin, showed similar behavior. The TLR4-deficient mice also had lower blood-brain barrier (BBB) permeability and higher cortical blood flow, both of which are indicative of better brain health. As expected, TLR4 deletion drastically lowered the levels of several pro-inflammatory proteins, providing a possible reason for its cognition-improving effect.

The researchers do not report any deleterious effects of TLR4 knockout, which is intriguing since TLR4 is an important part of the immune system. The reason for that might be that lab animals live in a cleaner environment and encounter fewer pathogens.

Since TLR4 participates in the innate immune response, going after it might seem like a bad idea, but with age, due to its inflammatory nature, TLR4’s overall contribution likely becomes negative. Whichever is the case, lifelong TLR4 knockout is unavailable for humans, but chemically suppressing TLR4 later in life is an intriguing approach, though it demands a lot of further research.