This funding will go towards getting its senolytics ready for human clinical trials. 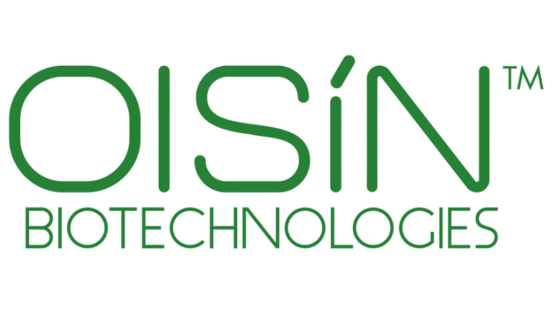 Today, Oisín Biotechnologies, a well-known developer of senolytics, drugs that destroy harmful senescent cells, has announced that it has more than doubled its total funding through an oversubscribed round. This has taken its total funding from $4.5 million to $9.5 million.

Named after a legendary Irish hero who discovered a land of eternal youth, Oisín has been developing a lipid nanoparticle system that delivers senolytic therapies directly to senescent cells. The goal is to remove these harmful cells and so decrease the SASP, thus restoring some youthful abilities and ameliorating age-related diseases.

In preclinical studies, its senolytics have increased the lifespan of mice by 20%, and its main current focus is chronic kidney disease, which afflicts 14% of Americans; its preclinical investigation on this focus will conclude later this year. This funding will also go towards investigating other clinical indications and move towards filing with the FDA in order to begin a human clinical trial.

The full press release is below.

SEATTLE – May 27, 2021 – Oisín Biotechnologies, a privately held, preclinical biotechnology company focused on mitigating the effects of age-related diseases, today announced it has completed an oversubscribed round raising $5 million in new seed funding. Led by early-stage investing firm Althea Group, LLC, the round brings Oisín’s total funding to $9.5 million. Oisín will use the proceeds to advance its preclinical pipeline, including its most advanced investigational therapy aimed at chronic kidney disease (CKD).

“The support for Oisín’s novel approach to slowing or halting age-related diseases has been strong,” said Matthew Scholz, Oisín Biotechnologies’ chief executive officer and co-founder. “Chronic kidney disease, our initial therapeutic focus, has seen little in the way of therapeutic advances over the past several decades. We believe Oisín is well positioned to address this unmet medical need and will continue to explore other applications in tandem.”

Oisín’s highly precise, DNA-based interventions are designed to clear senescent cells, which can trigger aging pathologies and shorten lifespan, from the body. Its proprietary SENSOlytics® technology is a third-wave innovation that uses a novel proteo-lipid vehicle drug delivery platform to induce a senescent cell to trigger apoptosis without harming surrounding healthy cells. In preclinical studies, Oisín’s investigational therapeutics have significantly reduced senescent cell burden in naturally aged mice and extended lifespan by more than 20%, even when the treatment was started in old age. “Oisín’s technology has the potential to upend traditional therapeutic approaches aimed at age-related diseases,” said Raymond Chan, Ph.D., general partner at Althea Group. “The company’s interventions have shown significant early promise and if clinically validated, could have broad applicability. We’re proud to support this talented group and look forward to its continued progress.”

Oisín expects the first readouts from its preclinical study in CKD, OB-001, later this year. The initial data will inform its next series of studies and eventually, its first proposed clinical trial design. While using this latest funding to accelerate its CKD work, the company is continuing to progress other planned studies in its preclinical program, advance additional pipeline indications and move towards a regulatory filing to begin its first clinical trial.

Althea Group is an early stage venture fund with a track record of significant value creation. Althea’s unique global network spanning finance, academia, public corporations, and start-up operators, enables it to identify, invest in, and grow mission-driven, tenacious founding teams focused on building great products and companies. For more information email us at [email protected] or visit us at https://www.linkedin.com/company/altheagroupllc or https://www.linkedin.com/in/raymondcchan/