These genes are responsible for longevity-associated proteins. 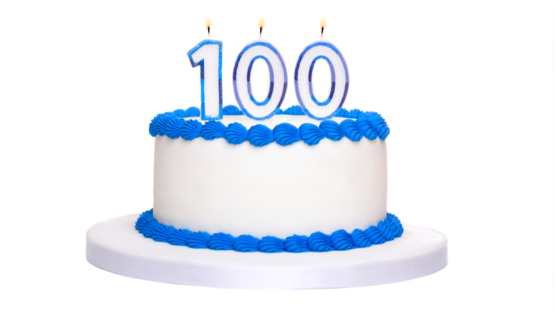 In a study published in International Journal of Molecular Sciences, a team of researchers known for their studies on long-lived individuals has discovered four new genetic loci that partially explain extreme longevity [1].

Genetics can be friend or foe

Centenarians are people who have lived for at least a century. Not only do these genetically fortunate people live longer, they enjoy extended healthspans.

Although centenarians can be found worldwide, there are certain regions famous for their unusually high concentration, the so-called Blue Zones. These include Sardinia (Italy), Okinawa (Japan), Loma Linda (USA), Icaria (Greece), and Nicoya (Costa Rica).

There have been plenty of speculations regarding why Blue Zone inhabitants are exceptionally long-lived, including a combination of genetic predisposition, healthy lifestyles, and other environmental factors.

Nevertheless, as this study confirms, exceptional longevity is a heritable trait. Therefore, no matter how many veggies someone eats or how many marathons someone runs, without a family history of long-lived people, that person is still unlikely to become a centenarian.

However, because centenarians are being actively studied, it is conceivable that once their longevity-promoting genetic factors are determined, they could be manipulated to give us longer and healthier lives.

Up until now, only the APOE locus has been consistently shown to be associated with longevity based on genome-wide association studies (GWASs) in centenarians. This could be partly due to the difficulty of recruiting a large number of long-lived people.

In this study, the researchers aggregated data from four centenarian studies: the New England Centenarian Study (NECS), the Long Life Family Study (LLFS), the Southern Italian Centenarian Study (SICS), and the Longevity Genes Project (LGP). They also supplemented it with more cases compared to their initial analysis back in 2017 [2].

The participants were divided into two groups: 2,304 extremely long-lived individuals (EL) and 5,879 controls. The EL group was composed of those surviving beyond the 99th percentile in their birth year and sex cohort, e.g. 98 y.o. males and 100 y.o. females for 1920. The controls were selected from the general population, oftentimes having parents with usual survival.

In addition, the researchers used replication cohorts to validate the results that they obtained from analyzing this data. These cohorts are extensive datasets of parental survival GWASs for hundreds of thousands of people.

The researchers show that five genetic loci are associated with exceptional longevity. As expected, the APOE locus was among the five, with 30 single-nucleotide polymorphisms (SNPs) that reach significance. These are mutations that change a single letter of the genetic code.

To get a deeper insight into the molecular basis behind the association between the discovered loci and extreme longevity, the researchers performed serum protein expression analysis.

The first novel extreme longevity-associated gene is the long non-coding RNA (lncRNA) CDKN2B-AS1, which is located on chromosome 9 and has a cluster of 36 SNPs that reach significance.

Interestingly, one specific SNP was replicated in all the replication cohorts, had a stronger effect in females, and was associated with a lower expression of CCL15, CHGA, and KLK10 proteins. These proteins are known as prognostic markers for different types of cancer.

The second gene, RPLPOP2, is located on Chromosome 11, harbors 25 EL-associated rare SNPs, and encodes a ribosomal protein. Unfortunately, a proteomic analysis for the lead SNP could not be performed. This longevity-associated SNP was more prevalent among Southern Italian and Ashkenazi Jewish peoples.

The third extreme longevity-associated locus was discovered on Chromosome 8 harboring such genes as GATA4, NEIL2, FDFT1, CTSB, and DEFB136. The longevity version of a lead SNP was replicated in two replication cohorts and is associated with a different expression of several proteins, including the pro-inflammatory IL18BP.

Finally, a longevity SNP was detected in the ENPEP gene, which encodes the enzyme glutamyl aminopeptidase. It was associated with a differential expression of 14 proteins, including SENP7, which acts as a stress sensor.

We performed a genome-wide association study (GWAS) of human extreme longevity (EL), defined as surviving past the 99th survival percentile, by aggregating data from four centenarian studies. The combined data included 2304 EL cases and 5879 controls. The analysis identified a locus in CDKN2B-AS1 (rs6475609, p = 7.13 × 10−8) that almost reached genome-wide significance and four additional loci that were suggestively significant. Among these, a novel rare variant (rs145265196) on chromosome 11 had much higher longevity allele frequencies in cases of Ashkenazi Jewish and Southern Italian ancestry compared to cases of other European ancestries. We also correlated EL-associated SNPs with serum proteins to link our findings to potential biological mechanisms that may be related to EL and are under genetic regulation. The findings from the proteomic analyses suggested that longevity-promoting alleles of significant genetic variants either provided EL cases with more youthful molecular profiles compared to controls or provided some form of protection from other illnesses, such as Alzheimer’s disease, and disease progressions.

This study adds another piece to the extreme longevity puzzle. The newly identified genetic variants explain some of the genetics underlying human extreme longevity. The researchers admit that although they tried to aggregate the data from several datasets, their sample size was still limited, which resulted in several shortcomings.

Nevertheless, the obtained genetic data combined with the proteomic analysis allowed the researchers to focus on the alleles that help maintain certain proteins required for extreme longevity. These include low levels of such proteins as PCSK1N, known as proSAAS, and high levels of such proteins as PPBP, which is involved in immune system functioning, and MFF, which is important for mitochondrial fission.