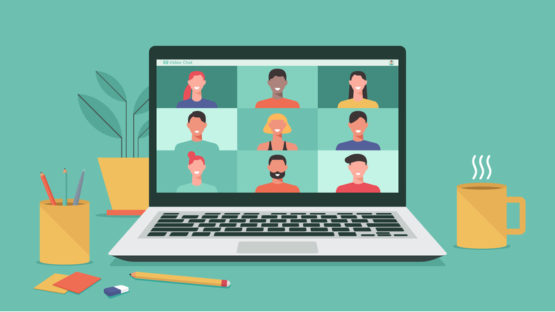 Last week, on Thursday and Friday, I attended a conference.

No, it wasn’t in a bustling hot conference center, with thousands of other people much closer than 6 feet from me talking about tech and disrupting various industries.

Instead, I was sitting at home with my computer on my desk, drinking a hot cup of tea. It was virtual, with hundreds of people at home watching esteemed speakers talk about various topics relating to human longevity. If you’re new to this website and unfamiliar with the topic, check out this article.

I didn’t have crazy high hopes, not because I’m not fascinated by human longevity, but because I hadn’t had an amazing virtual conference experience in the past. I wasn’t sure if this would maintain the same ambience and amount of learning opportunities as an in-person conference.

However, I found myself fascinated, and I really enjoyed the conference itself. I was able to meet a ton of attendees and watch some great talks, and I wasn’t roped into a 10-hour-long program, instead joining talks sporadically and watching replays occasionally.

In this article, I’ll talk a little bit about the conference itself, some things I learned, and some things I generally took away from the talks.

Ending Age-Related Diseases (EARD) was a conference about exactly what the title said it was about: ending diseases like dementia, Parkinson’s, and cardiovascular atherosclerosis. These diseases all have something key in common: they’re associated with aging. The hallmarks and processes of aging cause them to arise, and they end up shortening your healthspan (amount of lifetime spent healthy) a lot.

The conference was hosted on a platform called Swapcard, and it had places to discuss topics with attendees, watch and ask questions after speaker talks, and create a conference schedule for yourself.

There were tons of talks, including ones by Aubrey de Grey, Michael Greve, Steve Horvath, Judith Campisi and Polina Mamoshina, who are all big names and amazing researchers in the aging and longevity fields.

Generally, I took away a lot of science-based knowledge from the speakers and learned a lot around areas within aging that I’m passionate about and a few that I wasn’t as familiar with.

One talk I attended was with Aubrey de Grey of the SENS Foundation, and he spoke about failure and promise in the aging field. He highlighted several trailblazers within the fields, including Nicole Shanahan and Ned Davis. His insights were especially valuable when thinking about the aging field’s progress, which has been huge. He examined past failures, and he spoke about things like the Longevity Dividend and Unity Biotechnology’s recent failure. It was incredibly interesting and got me excited about the future of longevity!

Another awesome talk was given by Lorna Harries of the University of Exeter. She has recently founded a company, Senisca, which aims to rejuvenate senescent cells using modulation of splicing factors, which remove the non-coding RNA code from RNA strands being translated. She talked about naked mole rats and how splicing factor modulation was different in those rodents, which is potentially why they don’t contain senescent cells.

A third talk I liked was by Thomas Weldon about Ponce de Leon Health’s drug trials and work on epigenetic age. Epigenetics is an incredibly promising and up and coming area, and I feel that it will have a large role in aging itself. Only time will tell when these drugs will be available and when we will be able to reverse our epigenetic age!

Overall, I learned a lot from the conference and talks I went to, and I was able to meet so many interesting people through this conference. Thank you for holding this conference, and I look forward to the next; hopefully in person, though! :)