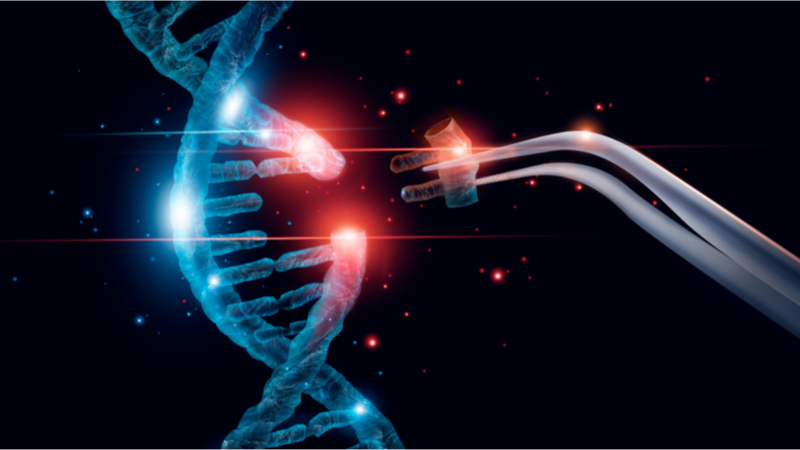 A gene therapy treatment can ameliorate the loss of motor function and muscle strength in old mice, offering elderly people hope for continuing their active lives.

DOK7 is crucial for muscle function

Declining motor function is common with aging and can significantly reduce the quality of life. This decline occurs at least in part due to changes in neuromuscular junctions, the synapses that connect nerves to muscles. Studies have found increased denervation at neuromuscular junctions with aging and in sarcopenia. Therefore, researchers chose these junctions as a therapeutic target to treat age-related motor dysfunction.

The DOK7 gene is required for normal development of neuromuscular junctions; mutation of DOK7 causes a neuromuscular disease. Several years ago, a team of researchers in Japan used gene therapy to introduce a working copy of DOK7 into mice with a mutated version. The intervention improved the motor activity of the mutant mice and increased their lifespan.

Now, the team is using the same approach to see if DOK7 therapy can improve motor function in aged mice [1]. The therapy uses a recombinant muscle-tropic adeno-associated virus (AAV) as a vector to deliver a wild-type version of the human DOK7 gene to aged male mice. Male mice of the strain used in these experiments normally begin to exhibit changes in their neuromuscular junctions and experience decreased motor function when they are 24 months old, and they usually die when they’re between 24 and 32 months old.

The team injected the mice with the DOK7 therapy vector (AAV-D7) when they were 24 months old and carried out tests four months later. They found that AAV-D7 treatment enlarged the neuromuscular junctions of the mice and suppressed denervation. In fact, they report that the treated 28-month-old mice had lower levels of denervation than untreated 24-month-old mice, suggesting that AAV-D7 not only prevents denervation but even promotes reinnervation.

To find out if the restored neuromuscular junctions rescued motor function, the team subjected the mice to motor performance tests. One test measured how long a mouse could stay on a rotating rod, and a second test measured the twitch force of a hind limb muscle upon direct stimulation. The AAV-D7 treated mice did better on both tests than sham-treated mice did, showing that the therapy improved motor function and muscle strength.

This is exciting work. It’s wonderful to imagine that, with a single injection, we could avoid the motor problems we associate with growing old. That said, gene therapies have a mixed track record, so long-term safety trials would be crucial, and before that, researchers need to show that the treatment works in human cells. The paper notes that there are only a handful of studies reporting the effects of age on neuromuscular junctions in humans, and their results aren’t entirely consistent. Therefore, the first step towards an eventual therapy for people must be to better understand how human neuromuscular junctions change with age.

Nanoplastics Cause Mitochondrial Stress in Human Cells
1 Comment
A paper published in Environmental Science and Technology has described some of the effects of nanoplastics on human liver and lung cells [1]. Microplastics […]
Posted in: News
Tags: Mitochondrial Dysfunction, Plastic, Reactive Oxygen Species

A High-Fat Diet Leads to Joint Degeneration in Rats
0 Comments
In a new study published in Scientific Reports, researchers have uncovered the molecular mechanism underlying the link between obesity and joint degeneration [1]. Obesity and osteoarthritis Obesity accelerates aging and is associated with several age-associated diseases, including […]
Posted in: News
Tags: Autophagy, Inflammation, Obesity, Osteoarthritis

A Wearable Device to Monitor Metabolites and Nutrients
1 Comment
Today, we want to highlight an interesting development on the wearable diagnostic front: researchers have developed a wearable device that can monitor nutrients, hormones, and drugs [1]. Real-time health monitoring The popularity of medical wearables […]
Posted in: News
Tags: Diagnostics, Wearable Devices
Stay Connected