Isthmin 1 as a Biomarker and Therapeutic Target for Aging

This protein declines with aging in fish, mice, and humans. 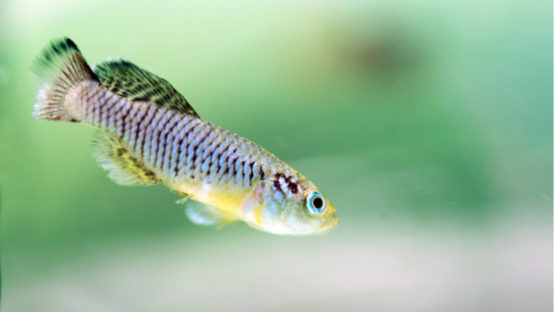 Ism1 is not a well-known protein, but it has been shown to play a role in multiple aspects of biology. It contributes to tumor suppression [2,3], is essential during organ development [4], is found in high quantities in barrier tissues [5], is active in parts of the immune response [6], and improves glucose tolerance and insulin sensitivity [7].

Despite its broad range of effects in aging-adjacent fields such as cancer, immune function, and diabetes, Ism1 has not previously been investigated with respect to aging. Scientists at the Ocean University of China have recently investigated the protein both as an aging biomarker and a potential therapeutic target.

Ism1 may be a biomarker of aging

In this fish species, Ism1 markedly declined from 6 to 9 months of age (n=6). This was also true at the organ level, declining with age in all 11 tissues investigated. Compared to a control group, Ism1 levels were positively impacted by salidroside treatment and temperature reduction, both of which were previously shown to extend healthspan and lifespan in this species [8,9].

To test whether Ism1 treatment might benefit the longevity of these fish, the researchers first developed a recombinant Ism1 protein from E. coli bacteria. The recombinant Ism1 was then confirmed to be in the bloodstreams of the fish shortly after consumption.

The oral treatment increased maximum lifespan by 7.2% (from 51.5 to 55.2 weeks) and mean lifespan by 7.5% (from 45.4 to 48.8 weeks). Two aging biomarkers, SA-ß-gal and lipofuscin staining, were also significantly reduced in the tissues of treated fish. Oxidative stress was improved by Ism1 treatment as measured by multiple biomarkers, including reduced reactive oxygen species (ROS), reduced protein oxidation and lipid peroxidation, and an increase in the antioxidant enzymes SOD, GPX, and CAT.

In summary, this study highlights the identification of Isthmin1 as a new age-related biomarker and its potential rejuvenation capacity. It also shows that Ism1 may exert its rejuvenation capacity via enhancement of the activities of antioxidant enzymes SOD, GPX and CAT.

It is encouraging that Ism1 protein levels were similarly reduced in aged fish, mice, and humans. However, in order to be used as a biomarker of biological aging, more than two time points for each species will be needed to understand the dynamics of its changes across lifespan. Additionally, a greater number of samples will be needed to better quantify the distribution and variation of Ism1 across individuals within a species.

Similarly, the increases in healthspan and lifespan with recombinant Ism1 treatment were very encouraging. Caution is always wise when trying to project findings like this into humans, but this is especially true for studies in fish, which evolutionarily are even further from humans than mice. Still, the data presented in this study is very convincing that plays a role in the aging of these fish. It opens a wide range of future research surrounding the pathways involved in Ism1’s role in aging, both in fish and other species.

The Animal Life Expectancy Comparisons Research Tool (ALEC)
1 Comment
Dr. Leon Peshkin talks us through a new open access research tool he has helped to develop and which is free for researchers to use now. If a drug increases lifespan in mice by 15%, should […]
Posted in: News, Op-Ed
Tags: ALEC, Leon Peshkin