These viruses infect bacteria, not people. 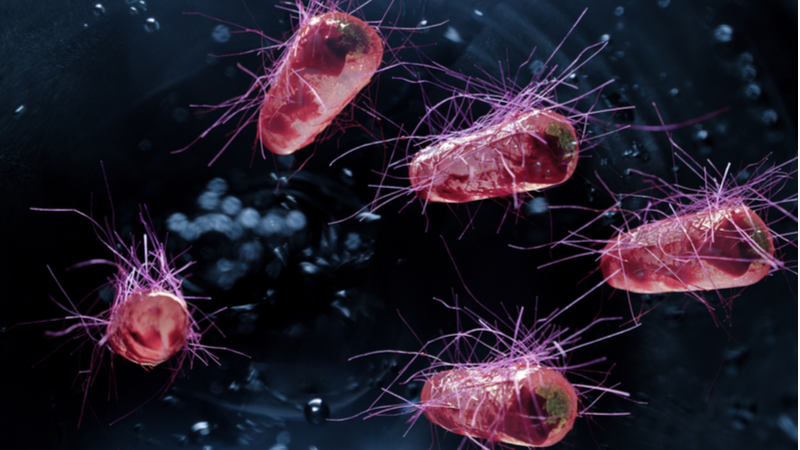 A study published in Cell Host & Microbe has found that members of the Cuadovirales viral order positively affect cognition in multiple species, including humans.

Viruses in the human body, but not human viruses

Cuadovirales is an order of bacteriophages, which infect bacteria rather than animal cells. Previous research has noted that 80% of bacterial genomes contain viral DNA, which is linked to the diversity of gut bacteria, and therefore a healthy gut microbiome [1].

It has been previously discovered that viral abundance changes with age. Specifically, within the Cuadovirales order, Microviridae goes up and Siphoviridae goes down [2]. This change also occurs in mice fed a high-fat diet [3].

As the gut-brain axis is known to have effects on cognition, the researchers of this study sought to determine the extent of these viruses’ effects, and what they found was substantial.

Viral infection, as expected, changes how the infected bacteria work. Surprisingly, the researchers found a strong negative association between specific Cuadovirales and multiple aspects of folate metabolism, including DNA repair mechanisms and the use of vitamins B2 and B6 in the folate cycle. However, the researchers also found that many of the bacterial pathways associated with folate metabolism were increased instead.

The researchers point to one specific bacterial gene upregulated by Siphoviridae: thyX, a gene that is known as TYMS in humans and is instrumental in neuroplasticity, neurological development, and memory retention [4]. Specific Cuadovirales also affected bacterial genes associated with multiple other aspects of central nervous system biochemistry, and they were shown to largely infect lactic acid-related bacteria, which are associated with dairy products [5].

The researchers then examined a larger validation cohort of 942 people. The results in this cohort were even more pronounced in men; specific Cuadovirales were associated with improved short-term and long-term memory, executive function, and speed of information processing.

The researchers also explored the effects of specific Cuadovirales in mice and fruit flies. Transplanting bacteria infected with these viruses into mice improved their scores on the novel object recognition test and increased gene expression associated with cognition; as expected, Microviridae were shown to negatively affect these genes.

In flies, the researchers chose to test specifically Lactococcal 936-type viruses, giving a control group whey without any viruses. Flies given live viruses were found to score better on learning and memory, which, in flies, is represented by an aversive taste test.

This study is extremely detailed with multiple layers of results, and it involves a great many individual viruses, bacteria, proteins, and genes. While some of the contradictory results are not fully elucidated, and the sex-based differences are not explained, this study offers very good insight into these topics, and it provides interesting potential for future development.

This study could be foundational for managing our fecal bacteria, even to the point of genetic manipulation, in order to keep our gut microbiomes functioning as they should to provide our brains with what they need.