This study links hypertension, diabetes, and the nervous system. 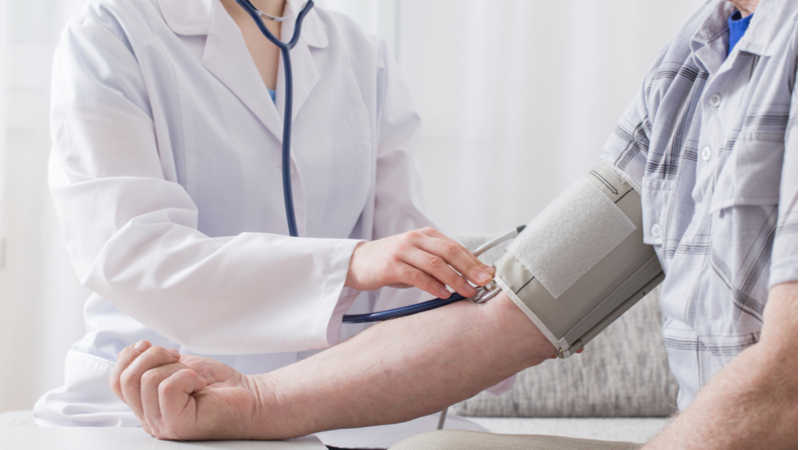 An advance online preprint was recently released in Circulation Research examining carotid bodies’ role in hypertension and diabetes [1]. It will be published in the journal later this week.

Drugs that target the glucagon-like peptide 1 (GLP1) receptor are widely used to treat type 2 diabetes and have also been well-documented for their cardiovascular and antihypertensive benefits. However, the mechanism on how these medications achieve this is lacking.

The investigators of this study mention that despite established clinical protocols in Europe, less than 40% of patients with hypertension and diabetes achieve their treatment targets. Additionally, cardiovascular disease risk remains high for approximately 40% of patients whose treatment is controlled and within normal parameters [2]. Due to poor target achievement rates, the investigators set out to discover additional mechanisms at play that are impacting cardiovascular disease risk.

The GLP1 receptor (GLP1R) stimulates insulin secretion and is found in the beta cells of the pancreas as well as in neurons in the brain.

The sympathetic nervous system (SNS) is responsible for the “fight or flight” response, which can be induced by stress. Carotid bodies (CBs) can be thought of as sensors that control peripheral reflexes. These reflexes are induced by chemical stimuli, which can be caused by environmental or bodily changes. These stimuli act by binding chemoreceptors on chemosensory cells, which can cause changes in the SNS.

The investigators of this study previously showed that hypertension in spontaneously hypertensive rats is dependent on carotid bodies promoting increased SNS activation [3,4]. These rats, which display diabetic traits, are used as a model for cardiometabolic disease, which describes a group of preventable diseases such as diabetes, insulin resistance, heart attack, stroke, and certain liver diseases.

The researchers then demonstrated that GLP1 receptors were localized in the CB chemosensory cells and a subset of blood vessels supplying the peripheral chemoreceptors.

GLP1 receptors are expressed in human CBs as well

Additionally, as the authors provide in this figure, GLP1’s action on CBs is part of SNS regulation. Upon ingestion of food, the rise in blood glucose initiates CBs that cause the excitation of the SNS (sympathoexcitation), which stimulates the release of GLP1 from intestinal L-cells. Then, GLP1 mediates insulin secretion, which stimulates specific CB receptors. GLP1 can also inhibit chemosensory CB cells by counteracting sympathoexcitation, which tends to elevate levels of glucose and/or insulin, depending on physiological state. A GLP1 receptor agonist acts to reduce the sympathetic activity by suppressing sympathoexcitation activity from CBs.

This robust study discussed multiple receptors involved in energy metabolism. Collectively, the results suggest that specific ligands that bind the GLP1 receptor suppress CB-driven SNS activation and that GLP1 may be released in the CBs to modulate its activity.

These results suggest that CBs play a role in blood glucose regulation. Therefore, in individuals who have a hypertensive/diabetic condition, CBs could be a therapeutic target for decreasing excess SNS activity by using drugs that target GLP1 receptors.

Determining the mechanisms of action of these therapeutics opens the door for new therapeutics to be created. It will be exciting to see what other clinical research studies come of this work.