Fisetin May be a Low-Hanging Fruit for Aging 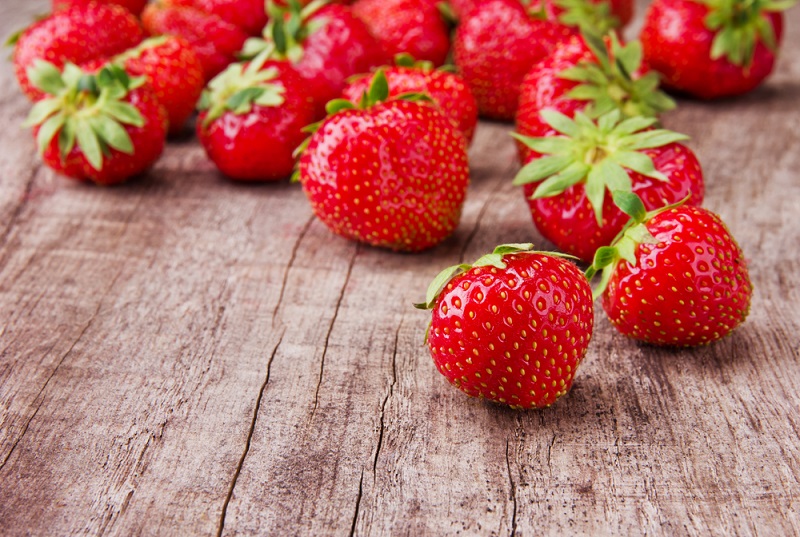 There has been considerable interest in fisetin recently, especially for its potential as a senolytic, which clears away dysfunctional senescent cells that accumulate with aging. Researchers believe that fisetin may be useful in increasing the healthy period of life known as healthspan.

Fisetin is a naturally occurring flavonol and part of the flavonoid family of polyphenols. Fisetin also acts as a pigment and influences the color of various fruits and vegetables. It can be found in many common fruits and vegetables, although the amounts greatly vary.

As you can see, strawberries have a much higher concentration of this flavonol than other fruits and vegetables which may be why people associate it with this fruit in particular. At 160 µg/g, a pound of freeze dried strawberries would yield 72 mg of fisetin which is a considerable amount of fruit plus you would need to seriously like strawberries to eat that much every day! Typical supplement pills are in the 100 mg range, though without proper clinical trials there is no way to know if this dose is beneficial or harmful in humans.

As we grow older, we accumulate more and more damaged cells which cease dividing and enter a state known as senescence. Once they enter this state, they begin to secrete a cocktail of inflammatory signals known as cytokines, which summon the immune system to remove them.

When we are young, this system works perfectly, and the damaged cells are promptly removed; however, as we grow older, our immune systems slow down and senescent cell clearance begins to falter. Eventually, clearance slows down to the point that senescent cells begin to build up in the tissues contributing to the chronic inflammation known as inflammaging, harming nearby healthy cells and making them also senescent, preventing tissue repair, and facilitating the development of various age-related diseases.

It was proposed that finding ways to help the body clear away senescent cells may be the key to delaying or preventing various age-related diseases, and indeed in 2011, that idea was put to the test and seemed to bear fruit. Jan van Deursen and his team at Mayo Clinic engineered a mouse that was able to destroy its senescent cells when given a certain chemical [1].

This photograph shows this study’s impressive results. These two mice are littermates; the only difference is that the mouse on the left has aged normally while the mouse on the right has had its senescent cells removed and appears considerably more healthy.

A follow-up study in 2016 using regular mice again produced similar results, which confirmed the validity of removing senescent cells as an approach to maintaining health during aging [2]. This is when compounds that could remove senescent cells were dubbed senolytics, and they have since become an area of intense research.

Fisetin appears to be a senolytic

A number of plant flavonoids, such as quercetin, apigenin, luteolin, and curcumin, have been examined recently for their senolytic activity, and fisetin is the latest of these to enter the spotlight.

University of Minnesota Medical School faculty member Paul D. Robbins and Laura J. Niedernhofer and Mayo Clinic investigators James L. Kirkland and Tamara Tchkonia recently published “Fisetin is a senotherapeutic that extends health and lifespan” in the journal EBioMedicine [3]. During their study, they discovered that fisetin was able to remove senescent cells from aged mice, which improved their health and lifespan.

This flavonoid is a natural compound present in many fruits and vegetables such as apples, persimmon, grapes, onions, cucumbers, and strawberries, suggesting that it is imminently translatable. Importantly, no adverse effects of fisetin have been reported, even when given at high doses. Thus, our results suggest that supplementation or even intermittent treatment with this safe, natural product could improve healthy aging, even in elderly individuals.

Given that we have known about fisetin for some time and there have been various studies showing that it has anti-inflammatory and neuroprotective properties in animals, you might be wondering why are we only just now hearing so many things about it.

Unfortunately, despite having an excellent safety profile, there is a lack of long-term human data for fisetin. Simply put, there are a number of questions that are still to be answered, such as the correct dosage and frequency, and, until now, how it worked was not properly understood.

However, the researchers of this study have confirmed that fisetin is targeting and destroying senescent cells rather than simply blocking their signals or altering them in some beneficial way but not removing them. They were able to confirm senescent cell destruction was happening by using mass cytometry, or CyTOF, a technology pioneered by the University of Minnesota. This allowed them to go into detail, demonstrating the effects of fisetin on specific subsets of senescent cells in specific tissues.

The researchers also compared fisetin against other compounds, including resveratrol, luteolin, rutin, epigallocatechin gallate, curcumin, pirfenidone, myricetin, apigenin, and catechin. This study showed that fisetin was the most effective of these compounds.

Further studies in support of fisetin

The lack of long-term data for human use is currently a problem; however, we can gain some insight from the various animal studies that have been conducted with fisetin.

One of the common mechanisms by which it appears to work is via the reduction of inflammation, which could either be via removing senescent cells and their inflammatory secretions or by mediating immune response and blocking inappropriate inflammatory signaling. While not all of these studies directly relate to aging, many are linked to inflammation, which is critical to aging, so the data could be valuable in this respect.

In another recent study, a team of researchers at the Salk Institute tested fisetin, curcumin, and three variants of these compounds and found that they reduced various biomarkers of aging, increased the median lifespan of mice and flies, and reduced the signs of dementia [4]. The modified versions of fisetin and curcumin were shown to work, but so were the naturally occurring ones.

There have been other studies which found that fisetin has a potent effect on inflammation via blocking the activity of lipoxygenases, thus reducing the level of pro-inflammatory factors [5-6].

Another study demonstrated that treatment with fisetin was able to suppress mast cell activity induced by interaction with activated T cell membranes [7]. Interactions between populations of mast cells and activated T cells are implicated in allergic and non-allergic inflammatory disorders. Fisetin was able to prevent the activation of human mast cells and the resulting inflammatory response.

Fisetin also appears to have a potential application in combating high blood sugar in diabetics, which can cause inflammation of blood vessels and tissue damage. Researchers found that fisetin was able to block this inflammatory response in human cell lines and in mice [8].

Researchers in a 2003 study showed that fisetin reduced allergic reactions in mice when they examined it and a number of other related flavonoids, including astragalin, fisetin, kaempferol, myricetin, quercetin, and rutin [9]. In the study, the related flavonoids kaempferol and quercetin also showed substantial inhibitory activities in cytokine expression; however, fisetin was significantly more potent in preventing inflammatory cytokine production by basophils, which are a type of bone marrow-derived circulating leukocyte.

A 2014 study found that fisetin was an effective treatment for eczema in mice, as it was able to reduce the presence of immune cells such as T-cells, mast cells, and eosinophils, which are commonly encountered in the skin lesions that eczema causes [10].

There are too many studies to comment on here in this short review, but here are a few more that may be of interest:

Fisetin is a cheap and readily available supplement and has potential, but the various anecdotal reports from the biohacking community while interesting lack the consistency and scale of clinical trials. In order to properly confirm any benefits against aging and age-related diseases that fisetin may or may not confer, things need to move into larger scale human studies. We suggest people at home wait for the results of clinical trials and for the correct dosage and frequency to be determined before considering taking fisetin.

Thankfully these initial results have already prompted the launch of a clinical trial at the Mayo Clinic to evaluate the benefits of periodic fisetin treatment on certain aspects of aging, such as frailty and inflammation. This is good news because fisetin could potentially be low-hanging fruit for aging and age-related disease. We look forward to seeing the results published in the near future once the researchers have concluded their clinical study.

[6] Maher, P. (2015). Fisetin Acts on Multiple Pathways to Reduce the Impact of Age and Disease on CNS Function. Frontiers in bioscience (Scholar edition), 7, 58.

[14] Modulatory effects of fisetin, a bioflavonoid, on hyperglycemia by attenuating the key enzymes of carbohydrate metabolism in hepatic and renal tissues in streptozotocin-induced diabetic rats.