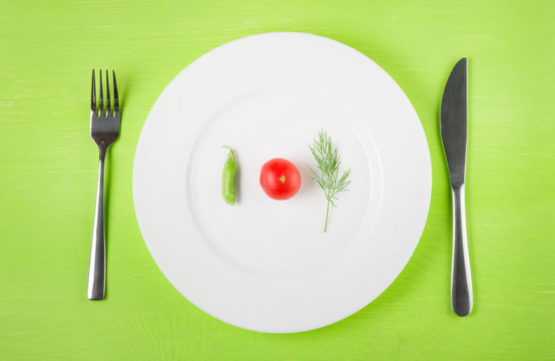 Caloric restriction has long been known to increase the lifespan and healthspan of most studied animals. Research also shows that animals given a calorie-restricted diet are also generally more able to regenerate tissue damage following injury.

A new study by the Lengner lab at the University of Pennsylvania has identified the actual cells responsible for this increased regenerative capacity in intestinal tissue[1]. The researchers found that when a mouse given a calorie-restricted diet is exposed to radiation, a specialized type of stem cell known as a reserve stem cell is able to survive and rapidly repair intestinal tissues.

However, the effects of caloric restriction are really beyond debate, given the amount of supporting data. What was not clear was the molecular and cellular basis for the observed health benefits.

They had reviewed recent studies that looked at the effects of caloric restriction on the active intestinal stem cells commonly found in this tissue. These active stem cells are the workhorses of the tissue, creating the high turnover of cells needed in this environment, but they are also easily damaged by radiation exposure. The researchers, therefore, felt it was unlikely to be the intestinal stem cells that were responsible for the increased regeneration that caloric restriction provokes.

Reserve stem cells to the rescue

In order to test this, the team looked at how these specialized intestinal stem cells responded to caloric restriction in mice and when exposed to insult from radiation.

The mice were given a diet that was 40 percent lower in calories than a regular diet; the researchers saw that the reserve stem cells expanded by a five-fold ratio after becoming increasingly active. Additionally, the team found that selectively removing these cells from mice cut their regenerative capacity in half in the intestinal tissue. This suggests that reserve stem cells play a key role in tissue repair and regeneration and that caloric restriction boosts their activity.

Next, the researchers honed in on the exact mechanisms through which these cells were acting, and to do so, they compared the gene expression of normal mice versus calorie-restricted mice. They found that the reserve stem cells suppressed various pathways known to be regulated by the nutrient-sensing complex mTOR (mammalian target of rapamycin).

The mTOR pathway is one of the four pathways that control metabolism and is known to influence aging; this is part of deregulated nutrient sensing, a hallmark of aging. Other studies show that activating mTOR can mobilize dormant stem cells, which is needed in order for tissue to be regenerated, as it serves as a wake-up call.

The researchers here discovered that reserve stem cells had low mTOR activity, which became even lower during caloric restriction. Also, lower mTOR activity correlates with better resistance to injury. However, if the tissue needs to regenerate after an injury, the reserve stem cells would need mTOR. Strangely, they found that when injured, the calorie-restricted mice could activate mTOR better than the control mice.

This suggests that even though mTOR is initially suppressed by the reserve stem cells, it is also more readily activated in calorie-restricted mice following injury. Why this happens is not yet known, but the researchers intend to find out in a follow-up study.

Finally, the research team tested leucine, an amino acid that activates mTOR, and rapamycin, a drug known to inhibit mTOR activity. They wanted to find out if mTOR regulated the activity of reserve stem cells and found that stem cells proliferate when exposed to leucine and were inhibited when exposed to rapamycin.

The mTOR pathway and its seemingly paradoxical role here poses an intriguing puzzle and as their next step, the researchers plan to look beyond nutrient sensing to see what type of signalling molecules can encourage the activation of reserve stem cells. It seems that keeping mTOR levels lower supports longevity, but that there is a fine balance between keeping it low but allowing it to be expressed when required during injury.

A word of caution

It should be pointed out that this experiment was in mice, but the health benefits do appear to translate to humans, as various studies show. Unfortunately, while mice do live considerably longer when on caloric restriction, this increase in lifespan is not seen in humans.

Broadly, caloric restriction is beneficial to humans, so it is still worth considering, and other studies suggest that this improved regeneration is also seen in other tissues. There are also some people who might think that rapamycin may be a way to have your cake and eat it.

However, we should be cautious here. Rapamycin is not a suitable replacement for caloric restriction, as its effects are long-lasting and would continue to prevent stem cell activation following injury; this would lead to poor tissue regeneration, as reserve stem cells would not be mobilized effectively. While rapamycin and caloric restriction do share some common targets, they are not the same.

Like rapamycin, caloric restriction does inhibit mTOR but, as this experiment shows, can be easily reversed as a response to injury. This is not the case with rapamycin, which remains in the system and continues to inhibit mTOR regardless of injury and thus reduces the regeneration of tissue.

Sorry, folks; for the time being, there is no pill to mimic the effects of caloric restriction, so if you want the health benefits, cutting your calories is currently the only way to go.