Neutrophils are a Key Player in Nerve Regeneration 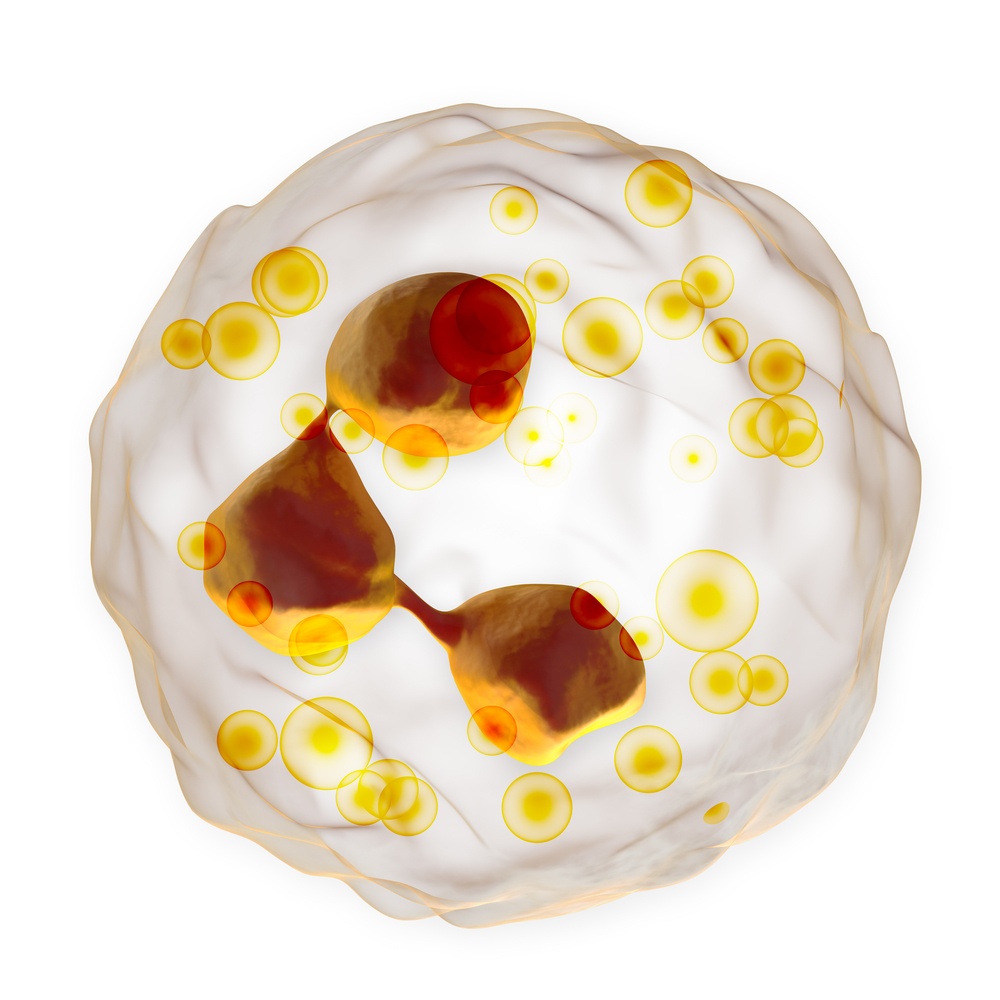 In recent articles, we have talked about the potential of the immune system to help repair tissue, including for peripheral nerve damage, Atherosclerosis, and Parkinson’s. Immune cells not only fight infection; as this new study shows, they also help the nervous system remove debris, paving the way for nerve regeneration following injury.

While previous studies suggested that nerve cell damage repair was conducted by other immune cell types, such as macrophages, researchers from Case Western Reserve University School of Medicine have shown that neutrophils also play a role.

Neutrophils are white blood cells created in the bone marrow, and they are normally the first responders to attack and injury. At the first sign of microbial invasion, they head to the site of injury as quickly as possible so that they can destroy the invaders. This is good, as it means that the body can mount a rapid defense the moment there is an infection, helping us to fight off illness and injury.

A new role for neutrophils

In the new study led by Dr. Richard Zigmond, the team discovered that damaged nerve cells produce a series of molecular signals that specifically summon neutrophils to the injury site in mice. Damaged sciatic nerves in the mice produced two signals to call in the neutrophils, Cxcl1 and Cxcl2; the levels of these signals were hundreds of times above what is normally produced in healthy cells.

Once the neutrophils arrive at the injury site, they engulf the cell debris that resulted from nerve damage, and they leave the area clean so that the cell can repair itself. The process is critical, as cells cannot repair properly if the injury site is not clear, and without neutrophils, nerves will not regenerate properly after being damaged.

Previous studies have suggested that macrophages are the most important immune cell for engulfing cell debris and clearing up the injury site around damaged nerves. The team had been studying injuries in engineered mice that lack a receptor on the surface of macrophages – CCR2 – which helps macrophages locate injury sites. They expected that in these mice, cell debris clearance following nerve injury would be dramatically reduced, but they were surprised to find it was unchanged. This was a real mystery that the team set out to solve.

They drew up a list of other types of cells that might be compensating for the loss of the macrophages and launched multiple tests to see which cells were picking up the slack. They created experiments to test this, including sorting immune cells found at injury sites by the molecules on their surfaces. They discovered that several different immune cells compensate for the lack of macrophages, so there is clearly considerable redundancy built into the system. The team also determined that the greatest contributor of these various cells to the removal of debris were neutrophils.

The researchers also found that if they depleted neutrophils, the level of nerve clearance was significantly reduced in both normal mice and the mice lacking macrophages. This means that, without neutrophils, nerve cells could not clearly cell debris properly even if macrophages were present; this strongly suggests neutrophils are of primary importance here.

This discovery could pave the way for new therapies designed to repair nerve cells damaged by neurodegenerative diseases, such as Alzheimer’s and Parkinson’s. The clearing of cell debris following nerve injury is critical for proper repair and nerve regeneration, and this study has discovered the role of neutrophils in this process.

The potential for targeting neutrophils to boost the clearing of debris to promote nerve repair is obvious and could be achieved via the use of immunostimulant molecules, which are commonly used to treat chronic infections and immunodeficiencies.

The next step for the team will be to explore immunostimulant molecules and the relationship between neutrophils and other cells in the nerve regeneration process. The immune system is increasingly looking like it holds the key to effective tissue regeneration, and science is rapidly unlocking the secrets of these amazing cells.

The Social Hallmarks of Aging
0 Comments
A professor at the University of Southern California has proposed that longevity researchers expand their toolkit to include social hallmarks of aging [1]. This paper is […]
Posted in: News
Tags: Eileen Crimmins, Hallmarks of Aging, Social issues

Bioage Launches Clinical Trial for Unexplained Anemia of Aging
0 Comments
BioAge, in a recent press release, has announced the start of its phase 2a clinical trial in elderly patients with unexplained anemia. BioAge is a California-based company founded in 2015 with a very direct focus on aging. It utilizes a […]
Posted in: News
Tags: Anemia, BGE-117, BIOAGE, Blood

NAD World Part 1
0 Comments
This is part one of a two-part article where we take a look at NAD+ biology, its history, how it relates to the biology of aging, and the potential for therapeutic […]
Posted in: News
Tags: Deregulated Nutrient Sensing, Genomic Instability, NAD+

Lifespan News – Longevity Pharmacology
0 Comments
This week on Lifespan News, Brent Nally discusses longevity pharmacology, atrophy of the circadian clock, SIRT3 and lung fibrosis, research that suggests that we should look beyond biology to slow aging, and our Science to Save the World episode on […]
Posted in: Lifespan News, News
Tags: Lifespan News