The Societal Benefits of Rejuvenation Biotechnology 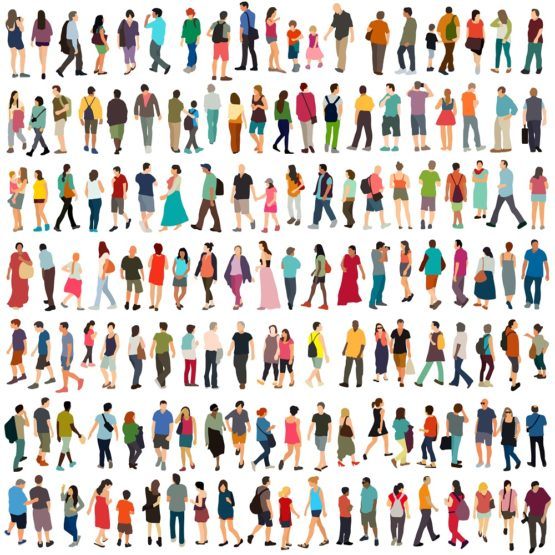 Recently, we have explored the benefits that rejuvenation biotechnologies promise to bring to ourselves and the people close to us. I would imagine that most people have no difficulty acknowledging these benefits, but even so, many people tend to focus on potential large-scale downsides of rejuvenation while neglecting entirely its benefits on society at large.

The following is a brief discussion of how, in my opinion, anti-aging biotechnologies would positively impact the whole of humanity—assuming they were widely employed, as they should be.

Doing away with useless expenses

The reason retirement exists is simple: older people aren’t healthy enough to work and support themselves, so the State needs to pay them pensions. Expenditures for pensions have no other real utility than allowing old people to live decently; this is, of course, a noble goal in and of itself, but if old people were able to support themselves, it would be better for them—because they would enjoy a large degree of financial independence—and also for the State and thus society—because the money saved on pensions could be put to other uses.

Let’s also not forget that, as their health keeps deteriorating, older people need ever-increasing medical attention. Unfortunately, geriatric medicine isn’t able to restore their health or prevent it from worsening, thus it becomes less and less effective with the passing of time. All that can be achieved through geriatric medicine is modestly reducing suffering or postponing the inevitable; in this sense, expenditures for geriatric care are nearly useless.

What would happen if rejuvenation biotechnologies to stave off age-related diseases were widely available?

For one, older adults would enjoy more youthful health; in a best-case scenario, people could look forward to enjoying the same health as typical young adults irrespective of their actual ages. Naturally, we can’t expect age-related diseases to be fully eradicated overnight; rather, we should expect a gradual series of advances staving them off by longer and longer measures, until they will possibly be eradicated altogether. Accordingly, the need for geriatrics will gradually decrease and eventually disappear, together with the medical expenditures associated with it. I don’t suppose I need to make a case about how not having to pay for treatments that can’t make people healthier anyway is better than the opposite—and again, the money saved on geriatrics could be put to other uses; for example, it could be used to finance State-subsidised rejuvenation therapies.

Secondly, if rejuvenation biotechnologies gradually made people healthier for longer, and perhaps even for an indefinitely long time, then people’s ability to work would be preserved accordingly. This would translate into more wealth contributed to society and less wealth spent on pensions; people who work for longer can pay taxes for longer and don’t need State support for longer. This would certainly change the way social security works, but I guess pensions wouldn’t disappear altogether—there might be other things that make you unfit for work, and after thirty years of working, you might want to take relatively short break, and it would be nice if we gave everyone the chance to do so by granting them a pension for maybe a couple of years.

The idea of working for a longer time, perhaps even much longer, may sound unappealing to some. To be honest, if the choice was between working for only 30 to 40 years because then I’d be too sick to continue and working for 80 years always in good health, I’d definitely take the latter. Besides, if I disliked my job too much to want to do it for such a long time, I would most definitely not consider shortening my life to shorten the time spent in that line of work; simply changing my job, however easy or difficult it may be, seems more reasonable.

Speculations on how this all might work in the distant future would be a pointless exercise because we don’t really know how much different that future will be, and they would be outside the scope of this article anyway. All that matters is that, in the near future and today’s economic system, it would definitely be a good thing for everyone if we could save on pensions and geriatrics.

Transforming society for the better

It’s impossible to predict with certainty the effects of any disruptive technology over the long haul, but a concern granted to be voiced in a discussion about rejuvenation is that of social stagnation—i.e. the default assumption that old people hanging around for longer would hold back social progress because of their ‘old people mentality’.

Here I will not try to argue against the concern above; rather, I’m going to put forward the opposite scenario, one that not many seem to consider: society could benefit from longer-lived members. I’m not talking just about scientists or great thinkers who could actually speed up our progress on all fronts if they just had more time at their disposal; I’m talking about a population with ever-growing life experience, knowledge, wisdom, and a lot to teach to younger generations. (Just imagine how much better a parent you could be with a 120-year life experience as opposed to 30, for example.)

In my opinion, this scenario is even more plausible than its opposite, because there’s no real evidence that very long-lived yet physically and mentally perfectly healthy people would necessarily be conservative fossils just because they’re old. Yet, the gloom-and-doom scenario is often people’s first thought. I have a hunch that this might be just evolution at work, as an extra pinch of pessimism might have granted better survival chances than too much optimism back in the day, but I don’t want to stray from the topic.

Another possible beneficial side effect of longer lifespans might be improved foresight. It’s easy to neglect global concerns that might not affect us personally over the course of our 80-odd-year lifespans. Some of us do display sensible behavior and are worried about the kind of world we’re going to leave to the humanity of the future; yet, others don’t concern themselves with problems that might manifest only long after they’ll be gone.

However, if our lifespans were much longer than just 80 years, the consequences of our negligent behavior would stand far better chances of catching up with us; this might make even the least sensible of people think twice before behaving irresponsibly, and all of us would benefit from it.

Sure, it would be commendable if everyone was genuinely concerned about pollution, for example, for the sake of humanity as a whole rather than just for their own sake; however, regardless of individual motives, the end result would still be a better world for everyone. I guess we could be content with that, even if some of us contributed to it because they had personal stakes and not exactly out of the kindness of their hearts.

The Role of Mitochondrial Antioxidants in Longevity
0 Comments
A study published in Redox Biology has reported that the upregulation of thioredoxin, a fundamental part of mitochondrial defense against reactive oxygen species, is associated […]
Posted in: News
Tags: C. elegans, Mitochondrial Dysfunction, Reactive Oxygen Species