Forget ‘live fast, die young’ – do the opposite instead 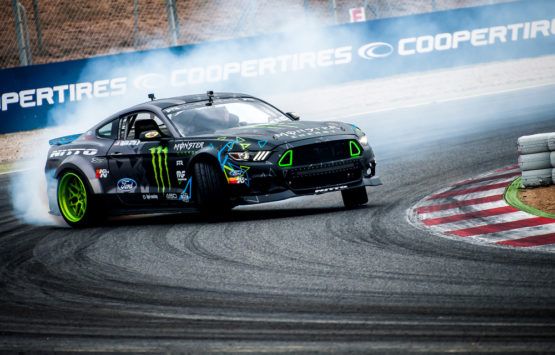 Science has known about the effects of CR since the 1930s, when rat experiments first showed researchers this phenomenon [3]. However, despite the various health benefits of CR, how it delays aging has remained a mystery. A new study suggests that epigenetic drift may be the answer.

You might have wondered why your various organs and tissues are so different from each other, since every single cell in your body shares the same DNA with exactly the same genetic information stored in it.

So if for example, a cell needs to become a lung cell, the epigenetic information ensures that the correct genes for being a lung cell are expressed while turning off the genes relating to other types of cells.

As we age, the genomic landscape of DNA methylation (DNAm) gets altered, a process sometimes called ‘epigenetic drift’. The Hallmarks of Aging proposes that these epigenetic alterations are one of the primary reasons we age and, indeed, recent experiments appear to support this [4-6].

Changes to DNAm patterns during the aging process can cause dysfunction; for example, in the immune system, it could shift the balance from activating to suppressing immune cells, leaving us vulnerable to pathogens. It could also cause cell types to change their function and type as the methylation patterns shift.

So what can we do about epigenetic drift?

We already know that age-related epigenetic changes can be reset during the creation of induced pluripotent stem cells (iPSC) using cellular reprogramming factors. When we create new iPSCs from adult cells, it resets the DNAm patterns, reverting them to those of functionally young cells, and these new cells behave as young cells do. But the big question was, could the same approach be applied to living animals?

Late last year, researchers at the Salk Institute were successful in resetting age-related epigenetic changes in living animals, effectively resetting the DNAm changes that aging made and increasing their healthy lifespan.

Such solutions are potentially the answer to the problem of epigenetic drift, and researchers are working to translate this to humans, now that they know cells can be reset in living animals and not just in a dish. Of course, it will be some time before such therapies are developed and available, so what can we do in the meantime?

A new study suggests that CR as an intervention can potentially reduce the rate of epigenetic drift and that this is the basis for the health benefits that have been observed for decades when testing CR in other species [7].

While some readers may not be overly thrilled about the idea of caloric restriction, it does appear to be one of the few accessible and cost-effective measures we can take now in order to slow down the rate of epigenetic drift.

Our understanding of aging is advancing at a rapid pace, but there are no guarantees when the first repair based technologies will arrive. Some therapies, such as senolytics, are entering human clinical trials now and could also impact the rate of DNAm changes, as inflammation is known to influence the rate of epigenetic drift [8].

However, right now there is nothing available, bar the basic things to help keep us alive and healthy long enough to benefit from the more advanced medicines and technologies currently in development. Along with exercise, CR is worth considering as part of your personal health and longevity strategy while you wait for true rejuvenation technologies to become available.