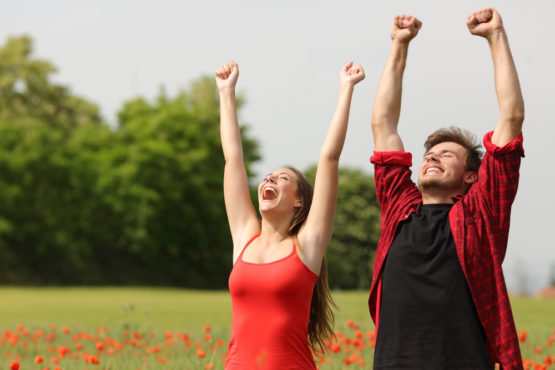 The Choice to Be Born

Let’s suppose that, as a disembodied soul, you have a somewhat human outlook on things: you want to enjoy new experiences, avoid unpleasant circumstances, and so forth. Let us further suppose that you have a choice over being born or not and that someone comes along and tries to get you sold on the idea of being born. Neither of you can predict the future and know exactly how good or bad a life you would have, but you do know the gist of it—what stages you need to go through, what issues may manifest, etc.

In this scenario, if you were to start thinking of all the things that being born would or may imply, you could easily get overwhelmed; you would need to put up with childhood mood swings and deal with school and its peer-group issues, then you might pick the wrong college, then, at some point, you would need to get a job that you might hate, and then you might have children of your own and might not enjoy taking care of them, et cetera. The list goes on, and if you were to see this potential life as being more trouble than it’s worth, the odds are that you’d rather choose not to be born.

The problem here is that, in such a scenario, you’re thinking very much ahead of yourself; you’ve not even born yet, and you’re already worrying about everything that can go wrong. As a waiting-to-be-born human, you probably will end up dealing with at least some of the things on the list above, but not all at once; most of those things will be years apart from each other, and you will become a different person between them, hopefully wiser and better equipped.

You would want to use your growing skills to plan for the future—as a human, that is what you are probably doing right now—but that becomes increasingly hard the farther away that future is, because over long timespans, more things may happen and turn whatever plans you might have on their heads. After a certain point, it’s pointless to even try to plan.

Without bothering with hypothetical life antechambers, did you plan out every twist and turn of your life for the next twenty years? You almost certainly didn’t, and even if you did, keep in mind that more often than not, plans end up not working and need redoing—not infrequently because they were laid out too early on. So, if you’re concerned that you wouldn’t know how your life could unfold over 200 years, cheer up—you don’t know it for a tenth of that time either, and you probably don’t need to anyway. Besides, whichever way your life may actually unfold, it’s probably going to be a little better if you aren’t sick with an age-related disease (or any disease, really) or dead.

Making the best of the whole “being born” thing

Even though you can’t accurately project how your life might unfold, you can make generalized predictions based on the resources you have, or expect to have, available to you. Imagine a line chart representing your level of happiness as a function of time. Of course, it’s going to go flat the moment you die, but this doesn’t matter much, because you won’t be aware of it. What matters is what the chart shows before your death, and rejuvenation biotechnology can make quite a difference there, both in length and in happiness.

For example, it’s quite possible that, if you’re 80 and suffer from Alzheimer’s disease, you spend a good part of the rare moments of lucidity that you might still have on wishing that you didn’t have to put up with this and wondering when your identity will be taken from you for good; not having Alzheimer’s disease (which is part of what rejuvenation biotechnology is about) would probably make you happier. Another example with less morbidity involved is a situation in which you’re fairly okay for an 80-year-old and you’ve just got a new grandnephew whom you’d like to see grow up into an adult; however, you know your odds of making it are slim. In a world with life extension, having all the time you need to see your nephew grow up might brighten your days a little.

Other examples aren’t difficult to find, and you don’t need to pick a sick 80-year-old, either. You could be in your forties and realize that there’s so very much you want to do with your life but simply won’t be able to, because a regular lifespan simply isn’t long enough. The thought of having to give up on something you’d love doing because of lack of time can definitely drag your happiness line downwards, whereas knowing that you’ve got all the time in the world to be all you want to be may give it a little push. You could be in your thirties and realize that your parents will die relatively soon because of aging, worrying about how to take care of them when they won’t be able to do it on their own anymore, and saddened about the fact that, in a world without rejuvenation biotechnology, you can’t really prevent any of this from happening. If your parents didn’t have an expiration date, this concern would be taken off your mind, and you happiness line could go up a little bit.

Whether or not living longer will contribute to making you happier than you are now depends on your specific circumstances, but one thing is fairly certain: rejuvenation biotechnology would be highly likely to prevent you from becoming less happy than you are. Getting a disease of any kind, age-related ones included, isn’t exactly known as a cause of happiness; if anything, being sick generally makes you less happy than you were when you were healthy. As life extension is all about preventing age-related diseases, it would eliminate at least a set of causes that could, and eventually would, drag down your happiness line. So, if you’re particularly unlucky, rejuvenation biotechnology won’t make your happiness line go up, but it will prevent it from going further down. Not too bad a deal, is it?

Obviously, the end of age-related diseases wouldn’t be just about your happiness, either; this all applies to your family and friends, and to their families and friends, and ultimately to the entire population of the planet Earth.

With all this in mind, let’s return to the original thought experiment. If, having decided to be born, you were made aware of all this and given a choice between a world in which rejuvenation biotechnology would be developed within your lifetime and a world in which it wouldn’t, which world would you choose to be born into?

A Wearable Device to Monitor Metabolites and Nutrients
1 Comment
Today, we want to highlight an interesting development on the wearable diagnostic front: researchers have developed a wearable device that can monitor nutrients, hormones, and drugs [1]. Real-time […]
Posted in: News
Tags: Diagnostics, Wearable Devices

Transplanting B Cells from Old to Young Mice Improves Them
0 Comments
Researchers have recently explored why B cells become less efficient as we age, analyzing how their behavior changes when they are transplanted from […]
Posted in: News
Tags: B Cells, Immune system, Plasmapheresis

Early-Onset Cancer Cases Are Rising
0 Comments
In a review paper published in Nature, scientists discuss the problem of the rising burden of early-onset cancer [1]. Not just a disease of aging We tend to think […]
Posted in: News
Tags: Cancer, Diet, Obesity
Stay Connected