Aging is No Laughing Matter 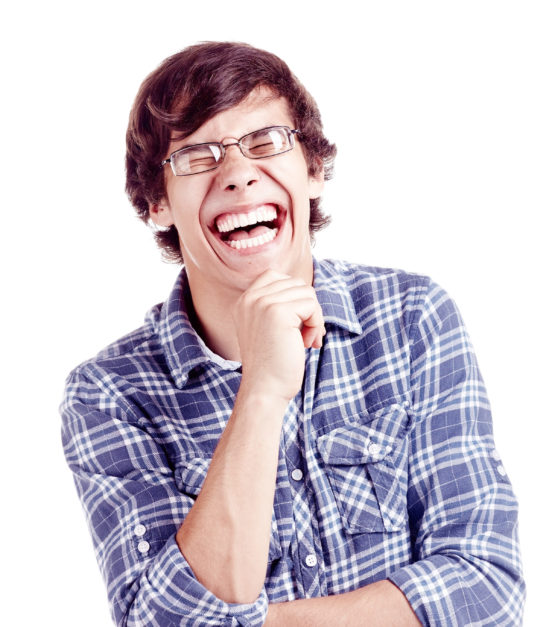 If you watched a TV show, or read a comic book, where the difficulties and suffering of an oncological patient were portrayed in a disrespectful, humorous way, you would likely be outraged; at the very least, you would think that the show or comic book was in seriously bad taste. You’d probably think the same about similar material involving a disabled person or anyone who, because of an incurable disease, had only a short time to live spent in increasing misery—for example, a child affected by progeria, a disease that may best be described as a sort of accelerated aging syndrome that kills off its victims in their mid-twenties at the very latest.

Yet, it is not uncommon to see the diseases of old age, and even elderly people in general, being laughed at in just such a way without causing much outrage at all. Why is there a difference?

We’ve all seen this

You can probably recall plenty of examples of this phenomenon from your own experience. Who has never seen a sketch where the main characters are exasperated by a shriveled, elderly man who, holding up an old-fashioned ear trumpet, keeps getting wrong what they are saying despite all their efforts? How many times have cheap laughs been gotten because of an elderly person losing his or her dentures or a rambling old man exaggeratedly ranting about pretty much everything?

Speaking of ranting, this isn’t the usual rant on newer generations disrespecting older ones; and, admittedly, in certain circumstances, what is tragic may become tragicomic and make us laugh even when it should really make us cry. Being unable to hear, or having no teeth, is not fun at all, but being able to laugh at our own misfortunes is part of why we are such an adaptable species—though truth be told, the situations outlined above are examples of schadenfreude rather than the ability to laugh at oneself. Besides, it’s not just that people laugh at the adversities faced by other, elderly people; sometimes, people make impressions of themselves as old people and laugh at that. To refer again to TV shows, many of them each have an episode in which the main characters are shown as they will be far into the future, old and grey, with plenty of stereotypical gags accompanied by generous amounts of canned laughter. Again, this is probably part of the human ability to face the inevitable with a pinch of humor, but when you think about it, this is rather appalling.

I recall perfectly well friends of mine, in their early 20s, imitating elderly voices and postures and even shaking, imagining this will be them in 60 years, and laughing at it with gusto. I once witnessed a young acquaintance doing not only this but also saying that, when she’s old, she’d like to have her hair of the same “lovely” grey as that of an elderly lady passing by. A common type of acting exercise in theater is that of pretending to be of a different age; the director may ask you to present yourself as a toddler, a teenager, middle-aged, or elderly in order to show the rest of your acting group what that age is like. As an amateur actor, I’m very familiar with this, and invariably, when the director says, “Now you’re elderly, in your 90s,” everyone slows down, hunches over, shakes, pretends to aid himself or herself with a walker, and feigns confusion or poor eyesight—sometimes seriously, sometimes trying to add a humorous undertone to it. In a variant of this exercise, you’re asked to portray the timeline of human life; you start at one end of the room as a toddler, and as you walk your way to the opposite end, you act out infancy, teenage, adulthood, old age, and even death.

To be fair, this kind of exercise may easily make you laugh at any point of the performance, as actors tend to purposely exaggerate every step for fun; however, more than once, as I rather uncomfortably had to perform this myself, I stopped to wonder whether others realized that the final moments of their own performances were probably not too unlike what their final years will be, barring rejuvenation. Did they realize that this was no fantasy scenario? That one day the very frailty they made fun of will have the last laugh? That it probably won’t be so amusing anymore when an order from the director will no longer be enough to make them stop shaking, walk straight without aids, and see properly again?

There’s nothing wrong with the acting exercise per se, and it is certainly not meant to be disrespectful, but what we all should wonder is, how do most people not realize the horrifying reality of aging, even when they have just acted it out? Maybe some do; I never dared asking, fearing that it would be inappropriate in the context. Perhaps I should have.

Why do we do this?

The psychological mechanisms that we developed over the course of millennia to cope with aging are obviously the culprit here, not only making us fail to notice the obvious but making us sugar the pill as well. In many popular media and forms of entertainment—such as cartoons, comics, and TV shows—old people are often shown as slow, decrepit, and perhaps somewhat demented, but all of it is presented not as the tragedy that it is but in a rather humorous light instead, and a thousand other afflictions of old age are neglected all the while. (After all, some people may laugh when they imagine themselves old, but very few people laugh when they imagine themselves having heart disease or cancer.) This is not very different from the good old gag of the falling grand piano. It’s hilarious to see Bugs Bunny crushed by a grand piano falling from the top of a skyscraper and then see him get up shortly thereafter, faltering about cross-eyed, while miniature grand pianos circle his head. Except if you saw this happening for real to a person, you wouldn’t find it funny in the least, and the odds are that the person would never get up again.

If we portrayed aging more accurately, would we still find it funny? Laughing at something tragic while it happens, when we’re powerless to stop it, is an understandable coping mechanism. Laughing at the very same thing when it’s far ahead and might be prevented if we only got serious about it, on the other hand, is just irresponsible.

Probably none of this is intentional. Most people simply don’t realize the magnitude of the problem that they’re laughing at nor the fact that we now stand a decent chance of solving it. Sometimes, we laugh at things that really shouldn’t be laughed at, and it’s not automatically a crime if such a thing happens to be aging; I can see how some aspects of it may appear funny if you are able to ignore the tragedy going on behind the scenes. However, after all these years spent in advocacy, I am no longer able to ignore it, and I have stopped finding gags about aging funny altogether. I’ll laugh about it again once the final nail is put into its coffin.