Whatever Future Comes, Life Extension Will Improve It 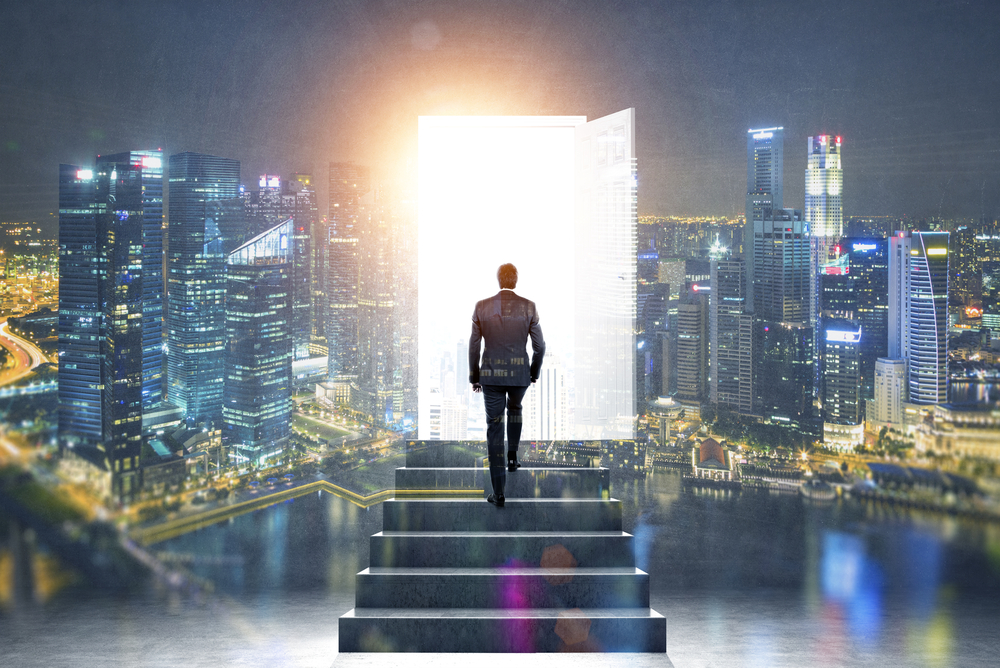 Right now, as I write this article, I’m sitting in a machine that, about 120 years ago, was laughed at as a pipe dream. The machine is a plane, by the way. The onboard wi-fi leaves much to be desired, but if you had told people living in the early 1900s that you could type an article on a paperless portable device while flying in a huge metal cabin at an altitude of 10.3 kilometers and a ground speed of 904 kilometers an hour (that’s what the huge metal cabin is magically telling my portable device through thin air), they’d have had you in a straitjacket before you could finish your sentence.

Talking about computers and planes in these terms today often feels cringeworthy, because we’re all familiar with this technology. We’re used to having all these cool devices and machines doing stuff for us; it isn’t surprising or awe-inducing in the least anymore. However, it’s not a bad idea to remind ourselves how what we now nearly shrug at wasn’t even conceivable not too long ago. Examples include a 27-kilometer ring buried underneath Geneva where ridiculously tiny particles are smashed together at near-lightspeed to unravel the inner workings of the universe and tools that allow us to modify the basic building blocks of your cells with unprecedented precision—neither of which would’ve made you come across as particularly sane, had you conjectured them in a conversation, say, 200 years ago.

This is not to say that people in the past lacked imagination; scientists and visionaries did try to predict what the future might look like—sometimes getting quite close to the mark and other times ending up embarrassingly far from it—but the average joes who had to tend their crops the whole day or work at some kind of drudgery 70 hours a week probably weren’t too optimistic about a future with sophisticated machines of all sorts that make your life much easier and open unthinkable possibilities. They were too used to the standards of the age in which they lived. In a similar way, people of today sometimes tend to look at the future as something that isn’t going to be much different from the present, as if most of what our species could realistically achieve—not only in terms of science and technology but also as a society—was already achieved, and all you could look forward to in the future was just more of the same, except perhaps with slightly fancier tools.

It’s easy to think that way when your days are taken up by a job you’re not crazy about, when you’ve got bills to pay, or when you don’t find world news too encouraging. It’s easy to fall into the trap of thinking that being alive 100 years from now wouldn’t be worth the trouble and just start looking forward to retirement and bowing out instead, but that’s all it is—a mind trap. A good chunk of the 1900s was a rather messy time to be alive, and people who witnessed not one but two World Wars had all the reasons to think that humanity was going south on them and that getting old and checking out was preferable to seeing whatever catastrophe the future might have in store. However, the world has been getting better and better since then as well as since the beginning of recorded history; if you’re not convinced of that, I recommend checking out Our World In Data and Gapminder, two excellent resources that demonstrate how our pessimism comes mostly from a tendency to focus on the negatives and disqualify the positives.

This is my answer to anyone who argues that longer lives would mean more time spent in an increasingly worsening world: The data simply don’t support this claim. At this point, a convinced pessimist would start throwing news items at me: world politics, climate issues, the refugee crisis, etc. I’m not denying the existence of these problems, nor that they may well have the potential to cause serious trouble if left unchecked; but their existence doesn’t mean that the world is getting worse. It only means that it is not getting better all at once; the state of human affairs isn’t improving at a uniform rate, but if you look at the general trend, you’ll see that it’s going up, with crests and troughs. Extrapolating from this general trend, it’s sensible to believe that things are likely to continue improving, but we cannot take for granted that things will get better of their own accord. That would be just as wrong as focusing only on the troughs in the graph and conclude that they signify that things are inevitably going to go downhill.

Now is a good moment to remind ourselves that life extension means, first and foremost, preserving our youthful health irrespective of our chronological age; any longevity benefits deriving from it would only be more than welcome side effects. Given this fact, even assuming that living on Earth will eventually be so intolerable that death would be preferable, it really makes no sense to wait for it to happen because of aging and go through about twenty years of declining health, thus adding insult to injury. To put it bluntly, people who really have had enough of life generally seek to terminate it quickly and painlessly; not too many choose pneumonia or ebola as a way out. Wanting to die of aging because you think the world won’t be worth living in beyond your “natural” lifespan is no different from wanting to die of pneumonia because you think that the world won’t be worth living in six months from now.

Eliminating the diseases of aging can only make life better, and it’s a different matter if it’ll be good enough to be worth living—that’s a personal choice that has nothing to do with whether life extension should be developed or not. To be completely honest, if you lived your entire life in a country torn by war, or fighting over food, then I would understand if you were pessimistic about the benefits of a longer life; however, when I hear people living reasonably comfortable lives in industrialized countries claiming “Living longer? Good God, that would be awful!” just because they don’t like their jobs or some other silly pretext like that, I can’t help thinking that they’re just having a bad case of first world problems.

Besides, what is a defeatist attitude going to accomplish? Assuming that life extension isn’t worth bothering with because the future won’t be worth it makes two more assumptions. The first is that the world is going to be too horrible to live in within the handful of decades of a currently normal lifespan, and the second is that it won’t really improve significantly after that point, so pulling through the bad times in the hopes of seeing better ones would be a waste of effort. If it really were that way, then we might as well throw in the towel, stop worrying about making the world a better place, stop having children, who could only expect to live in a world worse than we did, and just let everything collapse.

If we did this, the defeatist attitude would become a self-fulfilling prophecy, but thankfully, we don’t really do anything like that. We might be tempted to think like that when we feel discouraged, but throughout our history, we’ve always picked ourselves up and continued, not matter how dire the times, and always managed to make the world a little better than it was before. The right attitude is neither “the future will certainly be great” nor “the future will certainly be horrible”; the right attitude is “we don’t know for sure what the future will be like, but we are capable of making it better”. The data’s with us on that one.

Lifespan News – Vitamin B, Omega-3, and Cognitive Health
0 Comments
This episode on Lifespan News is on a new study detailing how Vitamin B and omega-3 fatty acids work together to improve brain health. Script Researchers publishing in the European Journal of Nutrition have […]
Posted in: Lifespan News, News
Tags: Lifespan News

Species Somatic Mutation and Lifespan Correlation
0 Comments
The Journal Club returns on June 28th at 12:00 Eastern Standard time with your host Dr. Oliver Medvedik. This month we are taking a look at a recent paper that explores species somatic […]
Posted in: Journal Club, News