This prescription drug may have anti-aging potential. 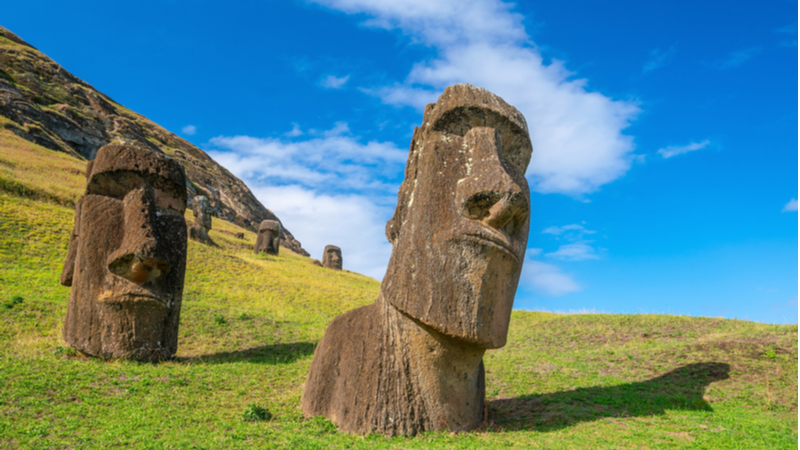 We take a look at rapamycin and why some researchers think it could be useful in combating aging.

Rapamycin is a macrolide, a class of antibiotic that includes erythromycin, roxithromycin, azithromycin, and clarithromycin. Rapamycin exhibits potent antitumor and immunosuppressive activity.

Where is rapamycin found?

Rapamycin was first discovered in 1972 in the soil of Easter Island produced by a bacterium called Streptomyces hygroscopicus. It takes its name from Rapa Nui, the indigenous name for the island. It is known clinically as sirolimus or Rapamune.

What is rapamycin used for?

Rapamycin has been used for many years as an immunosuppressant drug to prevent organ transplant rejection. It is also used to coat coronary stents and to treat the rare lung disease lymphangioleiomyomatosis.

However, in the early 2000s, researchers discovered its potential to increase lifespan. In low doses, rapamycin reliably increases the lifespan of worms, yeast, flies, and mice.

In one study, researchers gave a group of 20-month-old mice rapamycin [1]. For mice, this age is roughly equivalent to that of 60-year-old humans. They gave the mice small doses of the drug for a three-month period, then they halted treatment and simply observed them until they died naturally.

Normally, these mice would have died of age-related diseases around the 30-month mark; however, the treated mice lived an extra 2 months on average. One plucky mouse managed to live 3 years and 8 months, which would be like a human living to 140 years old!

There are many other examples of increased lifespan resulting from rapamycin in multiple species.

How does rapamycin work?

Caloric restriction is known to target the mammalian target of rapamycin (mTOR) pathway, and the same is true for rapamycin. It is an important signaling molecule involved in our nutrient-sensing pathways.

Learn more about mTOR, the other three pathways that regulate our metabolism, and how the failure of this system leads to aging here:

Essentially, a lack of nutrients turns mTOR off and triggers cells to activate austerity measures focused on cell survival and stress resilience rather than growth. This allows us and other species to survive periods of famine.

That said, there are also many studies linking mTOR signaling with lifespan, caloric restriction, and rapamycin. So, it is likely that its influence on the mTOR pathway may contribute to increasing lifespan, it is just not doing it the same way that caloric restriction is.

But if it’s not a caloric restriction mimetic, how is rapamycin increasing lifespan?

Despite it not being a direct caloric restriction mimetic, rapamycin does trigger autophagy just the same, and this is likely one of the reasons it extends lifespan.

Autophagy is the ultimate recycling system of the cell. The word comes from ancient Greek and means “eating of self” [3]. In times of nutrient scarcity, it is one of the pro-survival austerity measures that cells take.

Autophagy breaks down and removes unnecessary or dysfunctional cellular components to conserve energy and keep the cell alive. While it might sound harmful, it appears that autophagy has longevity-promoting effects [4].

This is likely the case as approaches known to increase lifespan, such as caloric restriction and rapamycin, see their longevity effects reduced when autophagy is blocked.

Rapamycin is a well-known and potent inducer of autophagy in a wide range of cells from yeast to mammals. Because of this, it is highly likely that rapamycin uses autophagy as one way of increasing lifespan.

But, autophagy is not the only potential reason why it increases lifespan, as new research suggests.

Recently, researchers have shown in fruit flies and mice that rapamycin improves the way DNA is stored inside cells to support gut health and longevity [5].

Our DNA is stored inside the cell nucleus and must be tightly wound to fit inside. A family of proteins called histones wind the DNA tightly, allowing it to squeeze into the tiny nucleus. Once packed inside, it can form chromosomes and our cells can function.

Unfortunately, as we age, the number of histones begins to decrease, which means our DNA becomes less tightly packed. This then leads to more genes being expressed, some of which are associated with aging processes, which is bad news.

Thankfully, researchers discovered that exposure to rapamycin increases the number of histones and so reverses that age-related loss. It also does this via the mTOR pathway, making it a previously unknown link between this metabolic pathway and the stability of our DNA.

Perhaps the most intriguing part of this discovery was that this only happened in gut cells called enterocytes. The data shows there is a direct link between mTOR, histones, and gut health. It also suggests that this link is a regulator of health and lifespan.

While rapamycin’s inhibition of the mTOR pathway via mTORC1 mediates the above positive benefits, it also inhibits mTORC2, which can result in diabetes-like symptoms [6]. This includes decreased glucose tolerance and insensitivity to insulin.

Some studies suggest that rapamycin treatment may also increase the risk of type 2 diabetes [7].

Researchers are currently experimenting with ways to make rapamycin safer in the context of longevity, including, low doses, periodic dosing frequency and using similar compounds called rapalogs, which only target mTORC1 and thus separate the beneficial effects from the negative ones.

That said, it cannot be stressed enough: rapamycin, at this point, is an unknown in the context of human longevity. More research is needed to ascertain if it slows down human aging as it does in animals. While some longevity enthusiasts are experimenting with low dose rapamycin, the data from large-scale human anti-aging trials is yet to be published.

Here at Lifespan.io we have crowdfunded research to support human trials of rapamycin for longevity as part of the PEARL project. The goal of the project is to ascertain the impact of rapamycin on human aging, should there be any.

Rapamycin is a controlled drug rather than a dietary supplement but it has a good safety profile when used appropriately. There are a number of potential side effects, ranging from mild to serious and possibly life-threatening especially at higher doses. Rapamycin should be taken with caution and with the guidance of a medical professional.

Rarer side effects include lung toxicity and increased mortality due to an increased risk of infections in transplant patients, and, according to the FDA prescribing information, it may increase the risk of contracting skin cancers from exposure to sunlight or UV radiation.