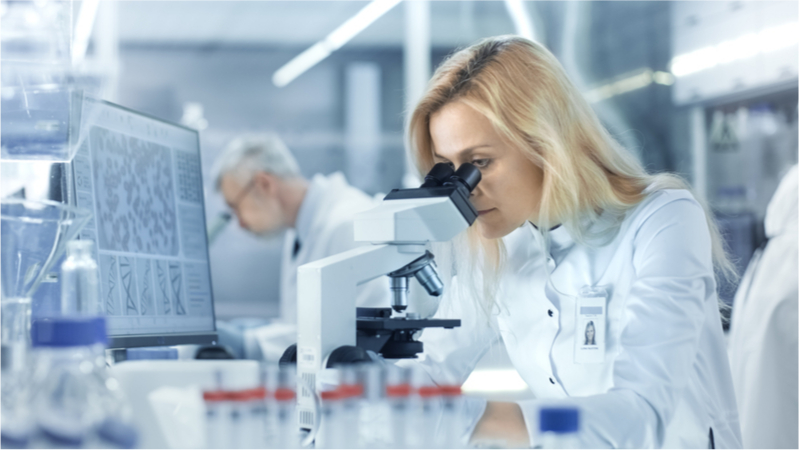 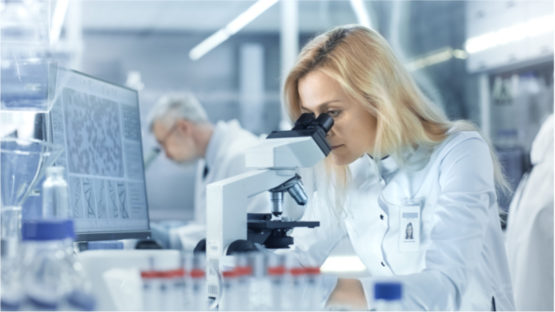 Today, we wish to highlight a new open access publication in which the researchers take a novel approach to the regeneration of the thymus, a small but vitally important organ that is key to our immune system.

The thymus shrinks as we age

The thymus is one of the most important organs in the body, and it is where thymocytes produced in the bone marrow travel to become new T cells before being trained in the lymph nodes to become the defenders of the adaptive immune system. However, as we get older, the thymus increasingly turns to fat and starts to shrink, causing its ability to produce new T cells to fall dramatically. This process is known as thymic involution and actually begins shortly after puberty, so this is one aspect of aging that begins fairly early in life, although it is many decades later before its decline causes serious health issues.

The fall in production of new T cells from the thymus results in a decline of the adaptive immune system and is part of the collective decline of the immune system called immunosenescence. The end result of immunosenescence is that your body is no longer able to mount an effective defense against diseases and is inappropriately activated, leading to dysfunction and persistent inflammation. This inflammation contributes to inflammaging, a chronic smoldering background of low-grade inflammation, which other age-related sources contribute to as well.

The decline of the thymus has been linked to cancer risk, which rises dramatically as we age as part of the immunosenescence model of cancer. Immunosenescence is also strongly correlated with multiple age-related diseases, which is probably no surprise, given that the aged immune system is no longer able to respond effectively or even appropriately to invading pathogens.

A new approach to an old problem

There have been, and currently are, a number of approaches that seek to regenerate the thymus and cause it to regrow in order to boost the immune system in older people and help them to remain healthy. The majority of these approaches, while taking different paths, generally focus on increasing the activity of the master regulator of thymic growth, FOXN1, in order to spur regrowth and restoration of efficient T cell production. FOXN1 helps the thymic cells to grow and maintain their identity and thus prevents them from turning into fat cells, but the activity of it falls as we get older, so any therapy would need to maintain FOXN1 at more youthful levels or would likely fail.

In a new study, the researchers have taken a different approach to the problem and opted to use tissue engineering to bypass the need to target FOXN1. Because thymocyte cells produced in the bone marrow automatically seek out the thymus once they reach the bloodstream, the location of the thymus tissue is largely irrelevant, as the thymocytes will find it.

The researchers here have created thymic organoids, small but functionally identical versions of the larger organ that they mimic, using modified thymic epithelial cells seeded into a special three-dimensional collagen scaffold that emulates the environment of the thymus and that the thymocytes recognize and home in on.

The research team transplanted these organoids under the skin of mice, and, while the tissue became vascularized, they failed to produce T cells (the process of thymopoiesis), as the structure did not last long enough.

Defective functionality of thymic epithelial cells (TECs), due to genetic mutations or injuring causes, results in altered T‐cell development leading to immunodeficiency or autoimmunity. These defects cannot be corrected by hematopoietic stem cell transplantation (HSCT), while thymus transplant has not yet demonstrated to be fully curative. Here, we provide proof‐of‐principle of a novel approach toward thymic regeneration, involving the generation of thymic organoids obtained by seeding gene‐modified postnatal murine TECs into three‐dimensional (3D) collagen type I scaffolds mimicking the thymic ultrastructure. To this end, freshly isolated TECs were transduced with a lentiviral vector system allowing for doxycycline‐induced Oct4 expression. Transient Oct4 expression promoted TECs expansion without drastically changing the cell lineage identity of adult TECs, which retain the expression of important molecules for thymus functionality such as Foxn1, Dll4, Dll1, and AIRE. Oct4 expressing TECs (iOCT4 TEC) were able to grow into 3D collagen type I scaffolds both in vitro and in vivo, demonstrating that the collagen structure reproduced a 3D environment similar to the thymic extracellular matrix, perfectly recognized by TECs. In vivo results showed that thymic organoids transplanted subcutaneously in athymic nude mice were vascularized but failed to support thymopoiesis because of the limited in vivo persistence. These findings provide evidence that gene modification, in combination with the usage of 3D biomimetic scaffolds, may represent a novel approach allowing the use of postnatal TECs for thymic regeneration.

This is a good proof of concept for the approach, but there is still the challenge of creating a robust and persistent scaffold that integrates and functions in the body remains. Tissue engineering is a field that has undergone rapid advances in the last decade, and it is not beyond the realms of possibility that this hurdle may well be overcome in the years ahead and that a persistent organoid will be produced. Should this be the case, it has the potential to be transformative.