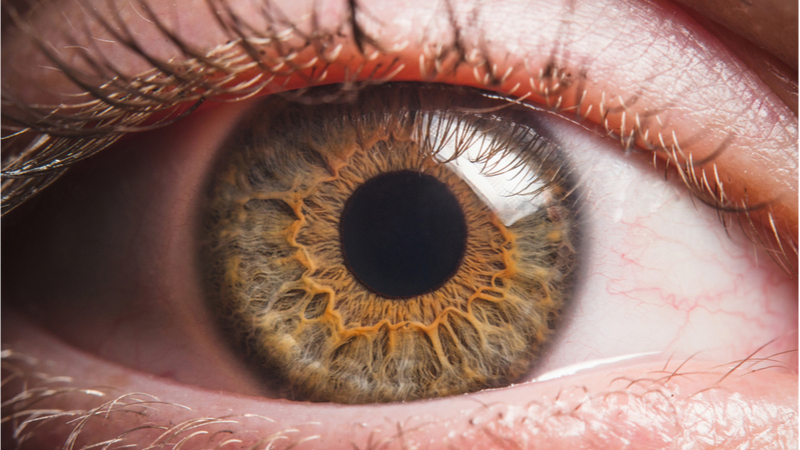 The results of this phase 3 clinical trial are a very important milestone in the wider use of gene therapy in medicine, particularly the treatment of mitochondrial diseases [1]. Pending further trials, the treatment could help many people around the world to regain lost vision and improve their quality of life.

LHON is the most common cause of mitochondrial-based blindness and affects a certain population of retinal cells known as retinal ganglion cells. The condition causes the optic nerves in both eyes to degenerate rapidly and can, within a matter of weeks, reduce vision to the point of legal blindness.

Prospects for LHON sufferers are bleak, with less than 20% of cases recovering from the disease, and even people who recover rarely have vision better than 20/200. The condition is typically seen in people with a mutation in the MT-ND4 mitochondrial gene known as m.11778G>A. Mutations of the MT-ND4 gene are also associated with age-related macular degeneration (AMD), mesial temporal lobe epilepsy (MTLE), and cystic fibrosis.

The team used a viral vector that was injected into a single eye of each trial participant suffering from LHON; as a control, the other eye was given a sham injection. Not only did the gene therapy treatment work, it significantly improved vision in both eyes, according to the published data. While only one eye was treated with the gene therapy, the improvement of both eyes suggests that some of the viral vector DNA payload migrated to the other eye to reach the retinal ganglion cells there.

The participants had one eye treated with viral vector rAAV2/2-ND4 containing modified complementary DNA (cDNA), a type of DNA similar to regular genomic DNA but without all the necessary noncoding regions. The treatment works by replacing the mutated MT-ND4 gene and prevents the retinal ganglion cells from being exposed to the harmful effects of the m.11778G>A mutation. The approach was originally developed by the Institut de la Vision in Paris, France and has been licensed to GenSight Biologics.

The researchers report that by week 96 of the study, 25 participants showed a significant improvement of best-corrected visual acuity in at least one eye compared to the baseline taken before treatment. 29 of the 37 participants showed an improvement of vision in both eyes. They discovered that eyes were about three times more likely to regain 20/200 vision or better following treatment.

REVERSE is a randomized, double-masked, sham-controlled, multicenter, phase 3 clinical trial that evaluated the efficacy of a single intravitreal injection of rAAV2/2-ND4 in subjects with visual loss from Leber hereditary optic neuropathy (LHON). A total of 37 subjects carrying the m.11778G>A (MT-ND4) mutation and with duration of vision loss between 6 to 12 months were treated. Each subject’s right eye was randomly assigned in a 1:1 ratio to treatment with rAAV2/2-ND4 (GS010) or sham injection. The left eye received the treatment not allocated to the right eye. Unexpectedly, sustained visual improvement was observed in both eyes over the 96-week follow-up period. At week 96, rAAV2/2-ND4–treated eyes showed a mean improvement in best-corrected visual acuity (BCVA) of −0.308 LogMAR (+15 ETDRS letters). A mean improvement of −0.259 LogMAR (+13 ETDRS letters) was observed in the sham-treated eyes. Consequently, the primary end point, defined as the difference in the change in BCVA from baseline to week 48 between the two treatment groups, was not met (P = 0.894). At week 96, 25 subjects (68%) had a clinically relevant recovery in BCVA from baseline in at least one eye, and 29 subjects (78%) had an improvement in vision in both eyes. A nonhuman primate study was conducted to investigate this bilateral improvement. Evidence of transfer of viral vector DNA from the injected eye to the anterior segment, retina, and optic nerve of the contralateral non injected eye supports a plausible mechanistic explanation for the unexpected bilateral improvement in visual function after unilateral injection.

This trial means that sight-saving gene therapy in humans has been demonstrated. This marks an important milestone for gene therapy, particularly mitochondrial gene therapy. The researchers report they are now refining the treatment, and a larger trial seems likely as a follow-up. Should a larger study be successful, it is likely that approval for the therapy will follow and that it will enter medical practice shortly afterwards.

The demonstration that such a treatment is safe also opens the door for treating other mitochondrial diseases using the same technology.