Cognition Has Improved in Older Adults Between 2004 and 2013 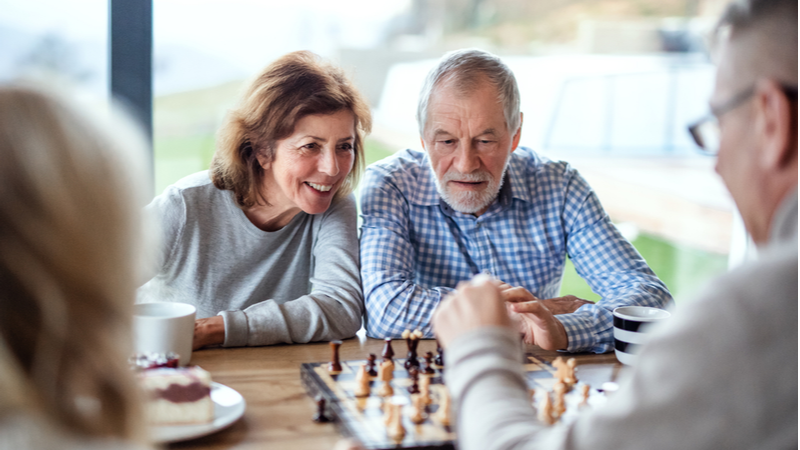 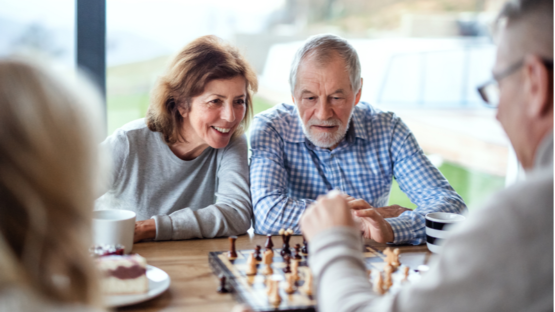 New research in humans published in PLoS ONE shows society-wide improvements in cognition for older adults, but it also highlights a need to specifically target age-related cognitive decline.

Humans have gotten much smarter over time

Cognition is a broad term used to refer to many different types of intelligence. The loss of cognitive ability is perhaps the cruelest effect of aging. Cognition begins to decline at around age 60, substantially diminishing the quality of life for people who are lucky enough to avoid the major killers of cancer and heart disease.

However, cognition has been steadily increasing from one generation to the next in nearly all countries studied and by nearly all measures used to quantify cognitive ability [1]. Most of these studies have focused on peak cognitive ability in mid-adulthood rather than investigating its subsequent decline. Additionally, it is unknown if these improvements are also seen in older adults, and there is some uncertainty whether these improvements have plateaued recently or continue to be realized.

It is hypothesized that a higher initial level of cognition may protect against age-related decline, with greater levels of “cognitive reserve” allowing individuals to maintain higher abilities for longer. In fact, earlier studies have shown education level to have long-lasting effects well into old age [2]. However, cognitive reserve does not prevent this decline from occurring entirely.

Cognition declines with age, but it improved between 2004 and 2013

Researchers at the University of Mannheim in Germany used two cross-sectional datasets, one measured in 2004 and one measured in 2013, to examine the effects of age, country of origin, and time on cognition [3]. They used a test of verbal fluency as a measure of executive functioning and delayed recall as a measure of episodic memory. Patients with dementia, stroke, and other cognitive impairments were excluded from the study.

In all three countries (Sweden, Germany, and Spain), verbal fluency and delayed recall both declined steadily with age. Interestingly, this decline began earlier than what has been found in most previous studies, with 50-year-olds outperforming 60-year-olds on both measures.

In Germany and Spain, both values increased between the 2004 cohort and the 2013 cohort. However, only delayed recall improved in Sweden and did so by only by a small magnitude. This may represent a ceiling effect, as Swedish participants scored the highest in 2004 and Germany’s scores began to approach Sweden’s in 2013.

Most interestingly, while the countries and 2004/2013 cohorts were more spread out at younger ages, these differences shrank with aging for both verbal fluency and delayed recall. For example, the higher-scoring Swedish participants showed wider gaps with age than the lower-scoring Spanish participants, with the two groups achieving similar results in the 80+ and 90+ categories. In Spain and Germany, the improvements seen between 2004 and 2013 were largely diminished in the older age categories.

Taken together, we have shown that levels of cognitive ability in adults aged 50 and older had increased over time in terms of delayed recall and verbal fluency, that cognitive decline had already started at the age of 50, and that there were considerable differences in cognitive abilities between the three countries considered. Finally, the amount of decline depends on the levels achieved before which may be taken as a strong argument for striving for high population levels of formal education.

This study paints a largely positive picture of increasing age-matched cognition in older adults between 2004 and 2013. It is difficult to say whether the rate of cognitive decline was meaningfully impacted in that time, since this was a cross-sectional rather than longitudinal study. However, the improvements in the older age groups were much smaller than in the younger. This is a disappointing trend considering that the older age groups had significantly more room for improvement. Furthermore, the countries showed greater differences in the younger groups, but this advantage declined with age. Sweden showed a rather steep drop-off, while the scores of Spanish participants were relatively flatter. Although it wasn’t the focus of the study, these results indirectly suggest the causes of improved cognition did not meaningfully impact age-related decline.

Improvements such as these should be applauded, but they also highlight the need to ensure that older adults are not left behind. Still, there is reason to be optimistic in this regard; social, intellectual, and physical activities have each been shown to help maintain cognition with age [4-6]. We look forward to the longevity field better understanding age-related cognitive decline and developing more potential interventions to treat it.