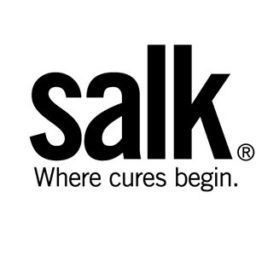 The experimental drug J147 has been shown to treat Alzheimer’s disease and reverses some aspects of one of the aging processes in mice. The drug was first developed in 2011, with a number of studies showing that it could reverse memory loss and slow or even reverse Alzheimer’s in mice.

However, until now, it was not known how it worked in cells, but researchers at the Salk Institute led by Dr. Dave Schubert, head of Salk’s Cellular Neurobiology Laboratory, have now revealed the mechanism it uses in a new study [1].

Drug development has, for a long time, focused on removing a protein called beta-amyloid, which accumulates in the brains of Alzheimer’s patients, to little success, but given that aging is by far the greatest risk factor for dementia, a drug that targets an aging process itself might be the final piece of the puzzle that researchers have been looking for.

J147 may potentially be successful in treating other neurodegenerative diseases, such as Parkinson’s. “People have always thought that you need separate drugs for Alzheimer’s, Parkinson’s and stroke,” said Schubert. “But it may be that by targeting aging, we can treat or slow down many pathological conditions that are old-age associated.”

In the USA, J147 has completed the required toxicology testing in animals required by the FDA, and it currently has an Investigational New Drug (IND) status. The Investigational New Drug program is how a pharmaceutical company gets permission to move an experimental drug across state lines (normally to clinical investigators) before a marketing application for the drug is approved.

J147 entered a phase 1 human clinical trial in February 2019. This Phase I clinical study is a randomized, double-blind, placebo-controlled, parallel-design study to thoroughly assess the safety profile and PK properties of J147 in healthy subjects. The study will include single ascending dose (SAD) in healthy young and elderly subjects. The trial is being run by Abrexa Pharmaceuticals, Inc.

Article: Alzheimers Drug Turns Back the Clock in Mitochondria